Midfielder Jon Mellish extended his stay with the club until at least the summer of 2023 yesterday when he put pen-to-paper on a new deal, having revealed as the ink was still drying that talks with the manager and David Holdsworth about the new contract had been quick and easy. 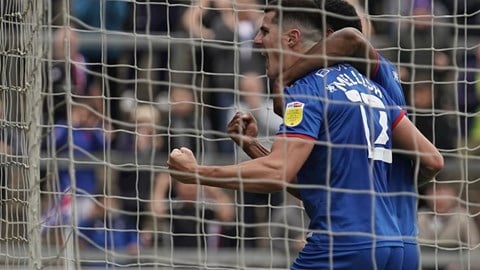 “It’s all been done quite quickly,” he confirmed. “I had a chat with David at the end of last week and straight away I said I was happy and I wanted to get it done.

“I was told about it on the Friday on the way to Sutton, and by Sunday it was all done and signed. That’s good because I wanted it out of the way, and it’s really nice to know that I’m being backed by everyone and that I have a future here.

“It was a surprise, to be honest. I still had my option for next year, so it felt more about getting through this season and seeing what happens. When I had that chat last week it felt good and right away I wanted to sign it.

“It’s one of those when you’re here and everyone is supporting you, and having that support helps you focus and concentrate on your football anyway. Getting this sorted now also means there are no worries about contracts or things like that off the pitch, so you can get on with what you do on it.”

Speaking more about the faith been shown in him by the manager, he added: “I couldn’t be more thankful for all the backing I get from everyone behind the scenes, at the top, the gaffer, Gav, everyone.

“They put belief into me and back me, and hopefully I can repay it on the pitch. I get on with the manager and you can get a bit of stick from the lads about it, but I think everybody wants to be backed by their manager.

“He lets you go out there and do your thing and to be backed like this is just what I want. It was him to gave me the chance in midfield and I just want to do my best every week.” 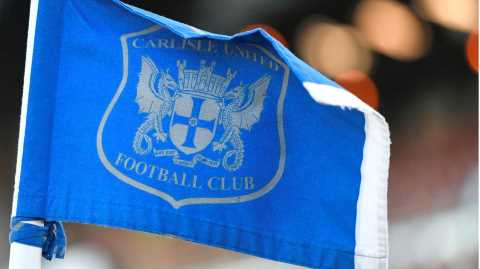 And it was that switch to a midfield role during a reserve game way back in February 2020 at Kendal that sparked this new chapter in his career.

“I think I was drifting a little bit as a defender,” he admitted. “I was kind of stuck and obviously I was about to be released.

“To then have a second chance, I’m just very thankful to the club, the gaffer and everybody for believing in me. I want to keep doing it and progressing and bringing my game on.

“I remember going to the reserve game, and that was a weird one. I turned up and I saw on the team sheet that I was in midfield, and a couple of the lads were even laughing about it.

Saying ‘worked out for the best’ is possibly one of the biggest understatements ever, with him having gone on to net 16 goals and attract the interest of scouts from the length and breadth of the country last season.

“I think I always back myself to get into good positions and on the end of chances, so when I first started with the first team it was a bit frustrating that they weren’t going in,” he revealed. “I really wanted to get it out of the way so I could show that I could do it, and once I got the first one it was a load off and something I didn’t have to worry about any more. 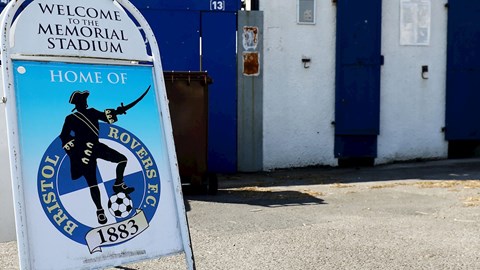 “They kept coming and the goal has to be to get double figures again this season. Now I’ve got it once I want to be doing it again. I think that’s the aim for any midfielder who scores goals, you want to reach to double figures.

“It felt weird to see things about me being the top scoring midfielder being said and written, but I do back myself to get a few, even if I didn’t think it would be that many. It’s just a nice feeling and hopefully I can keep doing it.

“Getting my first one this season was like a weight off the shoulders, and last year all of my goals were without fans, so I wanted to go again and get one in front of them. It felt really nice and probably even better when I then got another one.”

With the goals comes a visible increase in confidence.

“It was tough at the start because I had to get used to the position, and I’m still learning all the time, but I do think I’m starting to find my feet more,” he told us. “As I keep doing that I can bring on other things in my game and hopefully keep getting better.

“I want to play as many games as I can so that I can learn as much as I can. It’s a role I love. I love running for some reason and I’ve always been able to cover the ground, even when I was younger. Getting that freedom and being told to do it is nice. 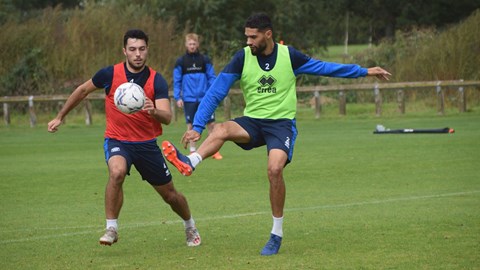 “Covering the ground is part of why I was put into the position. I can’t help myself but do that because I want to do as much as I can for the team. It’s about being in people’s faces and making it harder for them, and if that’s what the gaffer asks me to do, I’ll do it.”

It hasn’t all been plain sailing for the likeable Sunderland fan, with criticism on social media seen for his ‘no frills’ approach.

“It is hard to see that, but you’ve just got to take it,” he said. “You can’t please everyone and the way I play maybe isn’t going to please everyone, because it maybe isn’t appealing on the eye, but I like to think I do all the dirty work and people can appreciate it.

“You do get your comments against you but it doesn’t affect you, you’ve just got to get on with it. Hopefully the response to this will be supportive because I want to be here and I want my future to be here.

“It feels good, everything is right, and as soon as I had the chat about the contract it felt even more right. It’s signed now and I can’t wait to get on with it.”

That determination to get on with it is even more evident following the disappointment of Saturday’s result and performance.

“It was hard,” he replied when asked about the manner of the defeat. “It’s probably one of the lowest points yet, but I back all of the lads to get back to where we were.

“A similar thing happened last season and it’s about clicking again. Once we do, which we will, we’ll push on again.

“It’s just a case of not panicking. Last year we lost the first few games and we had to regroup after that and remember what we’re good at. That’s the message now - going back to what we’re good at, sticking with it and we’ll come through it.

“Everyone’s still in a good mood, we’re not panicking. It’s been a bad weekend, a bad couple of results, all it takes is one good result to come back from it, and playing against top of the league is probably the best one.

“We’ve had a blip, I think we started very well, probably lost that over the last couple of weeks, but it’s a part of the season which everyone has at some point. It’s happened early for us but we’ve got a lot in the changing room and I think we’ll definitely turn it around.”

Fans who follow the combative midfielder on social media will have seen the good news that the 24-year-old will become a dad early in the New Year.

“It’s amazing, it probably hasn’t sunk in yet,” he said. “It’s been quite busy, a lot to do – we were pram shopping on Sunday – but I’m excited and I cannot wait.

“It’s perfect to have a future here, close to home and be able to settle. Everything fits together and it’s where I want to be.”