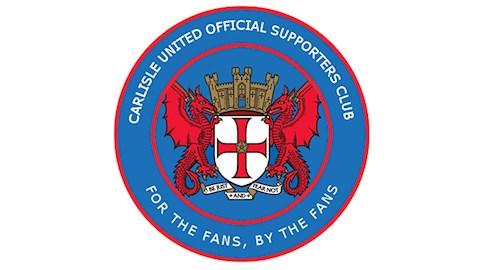 Two members of CUSG (Carlisle United Supporters' Groups), Gary Wylie and Nigel Davidson, attended on behalf of the club, whilst a number of representatives from the Carlisle United Community Sports Trust were also at the event.

This is one of many links being forged by the club and CUSG with a diverse number of local community groups. The intention is to grow the relationship with Cumbria Pride and be involved in several projects together in future.

Whilst at Cumbria Pride, many new connections were made with other community groups, which will be pursued over the coming weeks.

Cumbria Pride in turn will be providing some supporters to take part in the My Club, My Shirt initiative, which is currently growing legs at the club.

It is really important that members of the LGBTQIA community are welcomed at Brunton Park and the club will do everything possible to ensure that.

Chief Executive Nigel Clibbens said: "We were delighted to have a presence and support the event. We planned to be involved last year, but Covid intervened, so it's pleasing to finally be able to go.

"The club is working together with CUOSC, the Community Sports Trust and fan groups to reach out to the community and this is an important part of that."

Nigel Davidson, the CUSG Equality, Diversity and Inclusion representative said: "This was another great opportunity for the club to build relationships with communities and groups across the area.

"The idea is for Carlisle United and Brunton Park to be seen as a safe and welcoming space for all to watch league football and we are really excited about developing this relationship over the coming months."

Gary Wylie, LGBTQIA representative on CUSG said: "Cumbria Pride was brilliant, we made some strong connections, which can be used to build greater inclusivity and explore wider issues facing LGBTQIA getting involved within football and the club."

For further information on the My Club, My Shirt initiative click HERE