United play the second of their Central League Cup games against Preston North End on Tuesday afternoon and that game is just one part of a week that Chris Beech and his squad are looking forward to attacking. 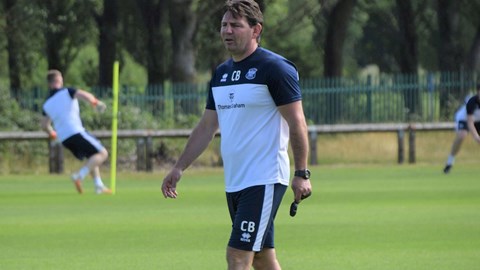 MANAGER: Giving these lads opportunity is what we do

“It’s a week where we’ll do things correctly because we’re back into travelling on the Friday,” he said. “We’ve got a game on Tuesday, it is important for the players, there’s a lot of work goes on at this club especially with the underbelly of what’s happening.

“We’ll then work towards Bristol Rovers and their strengths, and making sure we’re right at it for next Saturday.”

“With the business we’re in we know it’s not about words, it’s about results,” he added. “We all want consistency in results and wins.

“The players need that because they want to be successful, so I have no doubt they’ll be right at it. They had a long week last week that’s been represented with two good performances, but on the back end of a win and a loss within the week.

“We know our points tally doesn’t represent total value for our performances, but I also know within those performances we’ve had two that in my opinion have been unacceptable, and some indifference in others. 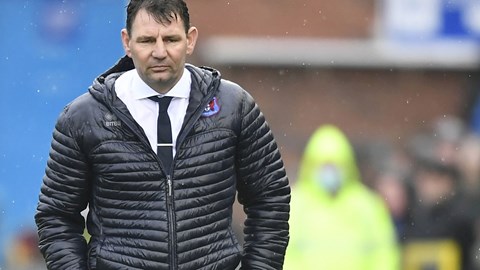 MANAGER: The game changes on those moments

“We’ve got to find those consistent traits and behaviours. If they play like they did on Saturday, and regularly in that fashion, I’m sure it will look after us long-term.”

And he confirmed that the frustration was mirrored in the dressing room with the players as determined as ever to rise to the challenge.

“They’ll either disband and run away from it, like any danger in any life, or you go to it to do something about it,” he commented. “I feel the characteristics in the dressing room, and from me as a person, we want to attack and deal with things like that.

“Some people aren’t like that, but we are. It felt like we addressed that tactically today, I thought the setup was brilliant and their staff wouldn’t have said what they did without that, but it’s easier to say that when they’ve gone away with the result they wanted.

“And we know the fans are frustrated. It’s that chicken and egg again isn’t it. We know that playing like that will help us win games. They’re frustrated this time probably not in performance, but in the result.

“If you can remove emotion from the result, I can’t speak on their behalf, but I would imagine quite a few of them would have said the lads gave their all and certain individuals did quite well. Obviously everybody wants a little bit more, but ultimately I think they’d share that. 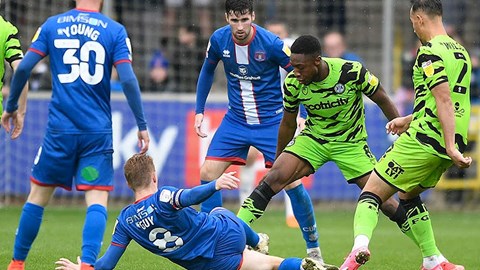 “Of course, when you get beat everybody is angry and like anything in life, when you’re angry sometimes you aren’t at your best. I think we’ve got to step back, but we’re all in this together.

“I can see at the end of the game that the supporters are still fully behind the lads because they’re giving everything. Their frustrations are aligned with ours because we want to win.

“We’ve become very good at not getting beat at home, but we were this time, so we have to accept that and prepare to play Bristol Rovers next week.

“Of course some are angry, and what’s important now is what we do. We know we played some good football, Corey Whelan was excellent, Brennan took responsibility, Brad did his best without his clear-cut chances, Magnus made some excellent saves within all that, so there were some good performances.”

“There is the bigger picture, because when I came to the club we were in a bad place,” he continued. “We’ve had a massive turnover of players, we recruited players we improved individually and obviously played good enough football for almost every player to get more money everywhere else, or play higher. 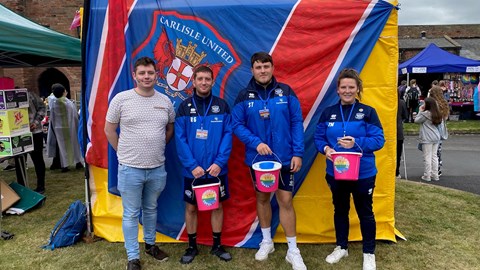 “Within that, and the way we’ve played, we’ve also created a situation where other clubs have wanted our players and have bought two of them. It’s difficult. I suppose from having nothing to building up something, being stopped because of Covid, starting the season doing ever so well and getting pushed off track with Covid, with 16 of the lads getting it, it’s hard.

“They recovered well, but it happened again this summer, we’ve recruited again, the lads, you can see it’s not a team that wants to give up.

“You can’t defend the Sutton performance, the Hartlepool performance again was two shots outside the box, both teams weren’t really at it, but from my perspective as a manager over the 95 minutes, those two games have disappointed me this season, where the others have given food for thought in a different area.

“We need to keep working hard like all teams do, and work a bit harder when we’re not quite getting what we want.”

And on the absences of Jordan Gibson and Rod McDonald for the weekend game, he told us: “With a bit of luck they’ll be fine, we’ll have to wait and see, hopefully they’ll be available next week.

“I don’t want to give too much detail way with it, I don’t want to tell everybody else what is and isn’t available next Saturday. We’ve got to make sure they’re back on that training pitch as fast as possible.”