United are back in league action at Brunton Park on Saturday as they face league leaders Forest Green Rovers in what is always an exciting encounter. 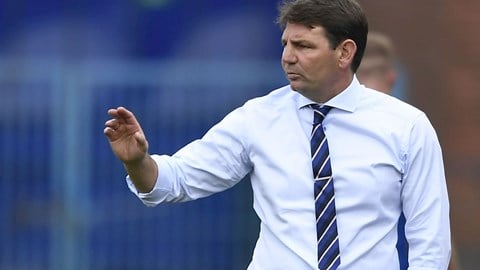 MANAGER: Everyone who played did well

Speaking about the game yesterday, Chris Beech said: “We’re really looking forward to coming up against Saturday’s opponent and excited about going toe-to-toe with an excellent team.

“It’s the type of game everybody should thrive on because they’re the team currently setting the standards in our league, and you have to match that if you want to be where they are and if you want to get a result against them.

“They’re a team where it’s been a case of them getting in that rhythm. The season’s obviously gone very well for them, on and off the pitch for different reasons, and we’re really looking forward to playing them.”

But with United now unbeaten in 11 games here at Brunton Park, Rovers know they’ll have a job to do if they want to take the points home come 5pm on Saturday afternoon.

“We’re pleased with that run,” he confirmed. “There are some draws amongst it, and you’re actually better losing and winning than going on unbeaten runs, that sounds a little bit mad … in terms of longer-term, as long as you don’t lose too much. 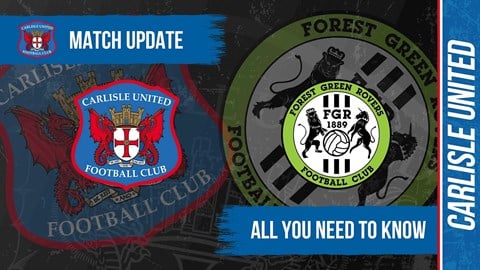 “But we know that we’re very, very close to being very good, we have been against some great opponents already this season. People often forget, but you’ve got to grow again when there’s turnover of players, and difference within that, and you can quite easily look at last year’s fixtures against Forest Green and the personnel playing within them, but it’s also great we’ve got a core from last season.

“We’re at a point where we need to step forward, of course we are, but it’s going to be interesting, and definitely challenging, and there’s a lot of energy and intent from the conversations we’ve had.

“But we know conversations are conversations. Physically we’ve got to do what we did on Tuesday more often and keep the standards high.”

And with an injury update ahead of the game, he said: “There’s always a couple of doubts, that’s natural, takes its place in football teams, and in the current circumstance there’s always illness and the Covid word hanging around somewhere, so things can change really quickly.

“The lads who came through the other night - we protected Danny Devine, he didn’t have to come off, we felt it was right that he did, and it was good to see him get about 60 minutes. As far as anybody else, we’re pretty good.

“Obviously Tristan missed last weekend and we’re hoping to see him get over that sooner rather than later. We’ll just have to wait and see.”