United head into the weekend game against Tranmere with Cumbrian lad Gavin Skelton at the helm, with him taking up the caretaker duties, along with Eric Kinder, following the departure of Chris Beech after last weekend’s game in Bristol. 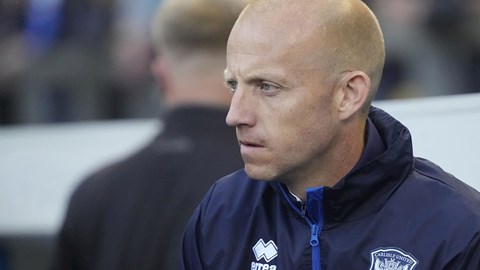 Speaking at the club’s regular Thursday morning press conference, he said: “I’m looking forward to the game and so are the players.

“We’re not hiding away from the fact of where we are and we want to put it right. We desperately want to get to Saturday, start the game on the front-foot and take it to Tranmere.

“The focus is on Tranmere, it’s been that way since Monday morning, but we have picked the bones out of previous games to see what we can improve on.

“We’re looking at Tranmere to see where we can cause them problems, and with it being at home we really want the crowd to get right behind us.

“We appreciate that we need to give them something for them to get behind, and we hope to do that because the Brunton Park crowd can be really intimidating and hostile when they’re supporting their team.

“That’s why it’s important to give them something so that they can give us something back. We’re asking for their help on Saturday and hopefully we can give them plenty to cheer about.” 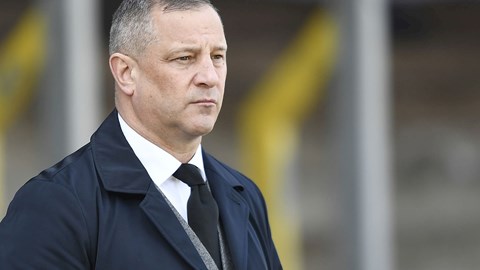 With the plenty of outside interest in what’s going on at the club at the moment, he confirmed that his first task was to set all of that aside and get the focus of the group onto what will be a tough game.

“All of the noise around everything else, I can’t get involved in that because we have what will be a tough opponent to get ready for. That’s what I have to concentrate on.

“I don’t really do social media, that’s just my own choice, so it doesn’t affect me in that way that much. It’s all about Saturday and the rest will take care of itself after that.

“We know what form we’re in, we know Tranmere are in a really good run of form, and we know they’re an experienced team with some good players.

“We have to be aware of that, but with the squad and players we have we’re more than capable of putting on a good performance for our crowd, which will get them behind us, and that will make a massive difference. They want us to win, and we want to win for them.

“We want to see the players playing with confidence and we want to see them taking the game to Tranmere. We have our game plan, we know how we’re going to go about it, but it always comes back to the same thing.

“We need to give the crowd something to cheer about and that’s why I’m asking them to stick with us. Whatever happens through the 90 plus minutes, get behind the lads all the way through it because we all want the same thing. We all want to get three points and climb the table.” 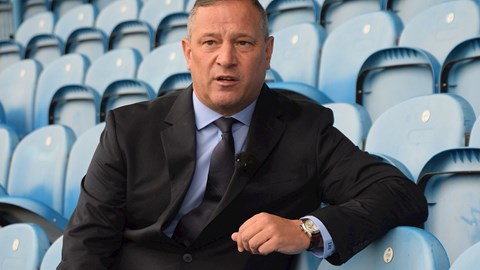 And second on the priority list was to get the lads onto the training pitch and working hard, with a busy week of fixtures ahead.

“The lads have been really bright, it’s been good to see,” he commented. “They’re in good spirits and they’re looking forward to the game. They see it as a good challenge, particularly with where Tranmere are in the league, and that makes it a great game for us to go into.

“We’re putting ourselves up against a team full of confidence and with good pedigree, but that will hopefully bring the best out of us.

“Tranmere are first and they’re a brilliant challenge. Micky Mellon a very experienced manager, so that’s a good challenge for me, and they have players who know how to influence games, so it’ll be an interesting one for the lads.

“In terms of the approach, no matter how closely you work with somebody, as I did with Chris, you still have your own little spin on things. There’ll be a few tweaks.

“I’m in charge, I pick the team, Eric is assisting me and Mark Birch has helped out as well, which is great. 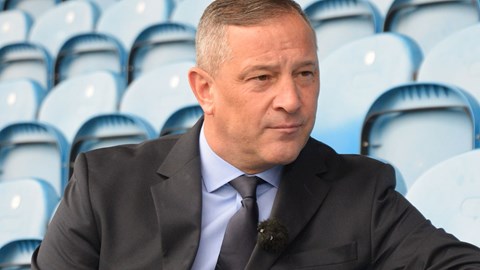 “Eric is experienced, he’s a new voice because he’s been detached from the first team environment with the work he does with the youth team, and I’m sure he’ll bring a calming influence for some of the players.”

“Like I say, Tranmere are going along well at the moment,” he told us. “We have to understand their threats, how they’ll set up and how they’ll look to play, but we also have some really good footballers here who can make things happen.

“They perhaps haven’t shown it all the time so far this season, but something will trigger and the crowd will see what a good team this can be.

“All I can say to the fans is please stick with us on Saturday whatever your feelings are, whatever your thoughts are, come 3 o’clock we all want to win and get up that league.

“I know how intimidating Brunton Park can be for the opposition, so that’s my request, please get behind the lads. Come 5pm we want to be going home with the feel-good factor and hopefully that’s the case.”

And on Rod McDonald, Kelvin Mellor and Joe Riley, who had all been in the treatment room last week, he said: “Joe will hopefully train this week, and we’re not too far off a clean bill of health with everyone.

“We’re not far off full strength and hopefully by tomorrow everybody will be training.”