As the Cumbrians continue to work hard to find that killer instinct caretaker boss Gav Skelton spoke about the fact that scoring goals is a priority in both the long and short-term, with the Blues currently not taking advantage of the attacking situations they create. 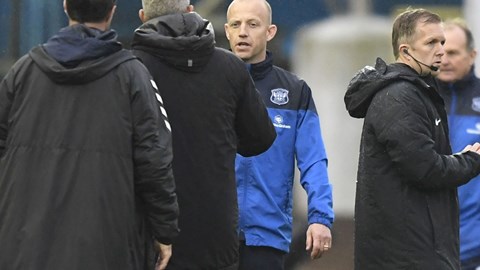 INTERVIEW: It' back to the need to find confidence

“We definitely need to be better in the final third,” he said. “Whoever comes in or whoever’s in charge, you’ve got to look in that market to see who’s available because we’re not scoring goals.

“There’s no hiding that fact. We had some balls flash across the box and we needed someone to go and slide it in. If that happens it gives everybody else confidence. Whoever’s in charge I’m sure they’ll look at that.

“With the players here we can change personnel that perhaps haven’t had opportunities. The forwards will get frustrated but they work ever so hard, buy into what we’re doing and support everybody else.

“We got in a couple of times, with things we’d worked on, but it always comes back to that bit, putting the chances away and making sure you’re there to get on the end of things. That’s why strikers get paid the most money, it’s the hardest thing to do.”

“To be fair, I don’t think Oldham created too many opportunities in the second half either,” he added. “They had one disallowed and we probably got away with that one. 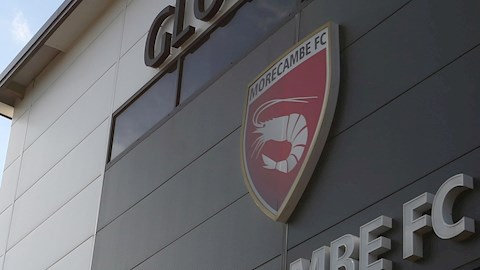 AWAY DAYS: Morecambe in the Papa John's Trophy

“We kept our shape and were compact, but we come back to that belief, for someone to take the bull by the horns and be the match winner.

“The positives to come from it are that it we kept a clean sheet and it’s now two games unbeaten. If we look at the week we didn’t particularly defend well on Tuesday but attacked well. Against Oldham perhaps we defended better but didn’t attack as well as we can.

“I thought Mark Howard was good. He’s a calming influence, he’s experienced and he talks. His experience is vital, not just to the back four but the whole team and dressing room.

“You can’t replicate that. Players like him have been through it, young players at times get frustrated, but you only know when you have experience that it’s that know-how and getting the feel of certain games. He does bring a calming influence to the team.”

On the players missing from the team sheet on Saturday, he said: “Manny will be disappointed, but I try to go off training and what I’m seeing, and we’re looking for that spark. 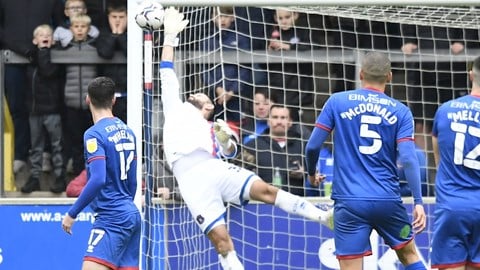 “We want to see certain things from certain people. Tristan didn’t come with us on Tuesday but his attitude’s been brilliant, his confidence has been good and he’s been good in training scoring goals.

“We had that hope in the last 15 minutes he’d come on and affect the game. He gave us a bit of a physical presence but he’ll be disappointed he didn’t get any opportunities.

“Kelvin Mellor has trained only a couple of days and has missed a bit, so he’s probably not match fit. A good week of training should put him in a better place.”

With Northampton next up, he commented: “I was asked to take the game today, we’ll reflect on that and hopefully I’ll find out something early this week.

“Whenever it comes it comes. Emotionally you’re involved in the game, you think about it beforehand, but the game is the most important thing.

“I am enjoying it, but it would be even better if we’d got the three points. I really felt we had a last minute winner in us, even though it was a bit scrappy. It wasn’t to be.

“You get absorbed in it and time flies. That was the same for both benches. Usually there’s a bit of needle but there was nothing like that. I think because of the state of the game, we were both focused on the result.”