A first league appearance for teenage striker Sam Fishburn will have passed by in a blur on Tuesday night as he came off the bench at Rodney Parade at a point when the away side were looking to nick a late winner in what had been a real blood and thunder encounter. 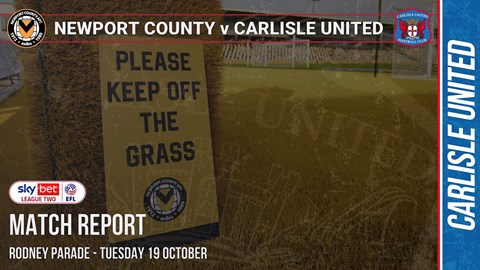 “I couldn’t quite get Sam on for different reasons, and he’d been stood waiting for it to happen for a while before we finally got the break in play we needed,” caretaker boss Gav Skelton explained “We were getting balls in the box, and Sam has got goals in him.

“We wanted to get him between the posts but we couldn’t quite create that opportunity for him in the time we had left to play.

“I wanted him in those areas because he scores a lot of goals in training. He likes getting in the box and looking for chances, he had a good spell at Lancaster, and he is a goal scorer.”

“He was just one part of the changes we tried to make with our subs,” he continued. “I wanted us to get control of the middle of the park. 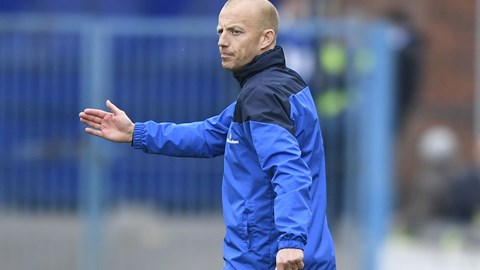 “I felt when they had their best spell either side of half-time, they controlled the middle of the pitch. We brought Taylor Charters in and put Zach out wide, and then in the second half we looked to get Brennan higher up the pitch, to get some shots off and use his strength.

“Jon had been booked so we were conscious of that as well. We didn’t want him picking up another, so we made that switch.

“It meant that Taylor had more to think about in different areas. I think there’s more in him, but I was pleased with his discipline.

“We brought him into the middle of the pitch, we felt they were getting control of that section, and he did break things up once he got to grips with it. He stuck to it.

“I was disappointed a couple of times that he turned over possession when he won it, but he’ll be reasonably pleased with his night’s work.

“It’s something he might grow on, given more opportunities, and he knows, as we know, that he can perform better.”