Forward Zach Clough put in a strong individual performance at Rodney Parade in midweek, and the team clicked around him with a number of chances and opportunities created in what became a solid overall display. 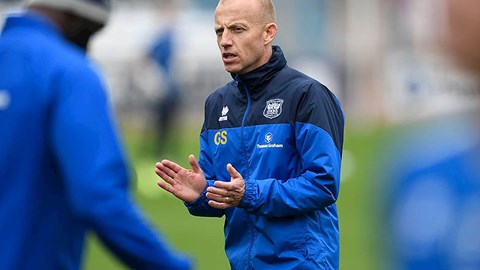 “I’m sure he’ll take confidence from how he played and start to have the belief in himself he should have for the ability he’s got,” Gav Skelton said. “He’s a fantastic player, he has some unbelievable ability in training, and it’s just about putting that onto the pitch.

“It’s been a frustrating time for everyone in terms of performances and results, and he’s been affected by that, but he’s a good player and you want him on the ball.

“We talked to him about taking more responsibility when it comes to getting on the ball, and we know he’s working on the other side of his game. In possession he can be fantastic, he creates things and makes things happen, and we want more of that from him.

“I was pleased he had the confidence to take his penalty, him and Brad Young had a discussion about it, but he used his seniority and he dealt with the pressure of being 2-1 down and he put it away.

“Hopefully he’ll now feel good about himself. He was disappointed when I took him off, I felt he’d run out of energy, but that shows that he felt he could have carried on. That’s good for him and us.” 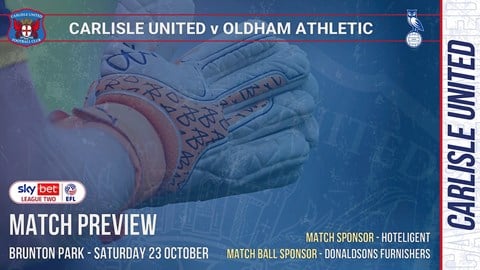 On what led to such a good outing, he added: “It’s almost a case of just telling him to go out and play, without thinking about it too much.

“He’s so desperate and keen to do well, probably more so than anyone, he wants to really reward the club for taking a chance on him. He’s committed to the area, moved to the area, he’s all-in, he and his girlfriend have bought a house up here.

“He’s just desperate to do well. Sometimes you can watch someone trying too hard, and it’s almost a need to take the pressure off himself. He’s shown glimpses, we see it in training, in games not as much yet, but hopefully he can have that belief, relax and we can see what a fantastic player he is.” 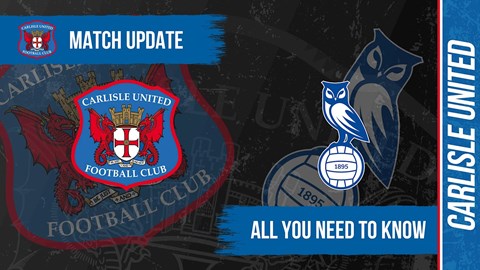 Also vying for a starting place is Villa loanee Brad Young, who has already shown energy and desire whenever called upon.

“It’s something you do discuss,” he confirmed. “He brings an energy, you can’t deny that, but perhaps with our circumstances you want a bit of experience out on the pitch.

“I think there’s a goal round the corner for Lewi Alessandra, and sometimes out of possession he really affects the game because he helps to win the ball back by forcing their centre halves into making mistakes.

“From there we regain possession and go on the attack. Lewi is a very clever footballer and Brad is learning from him. I know Brad is disappointed that he’s not starting but I will say this – he’s disappointed but respectful to the team and the staff, and he gets on with it.

“He is frustrated when he isn’t starting, but he’s very positive in training, in the building and when he gets on the pitch. That’s credit to him, because he’s a good lad and a talented footballer.”