New arrival Mark Howard capped off a whirlwind of a week with a strong debut that earned him a man-of-the-match award courtesy of an excellent penalty save and a very competent overall first display. 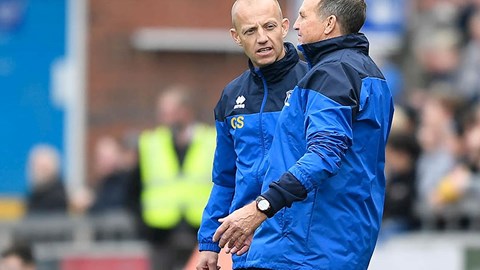 INTERVIEW: Disappointed we couldn't give them anything

Speaking about the keeper after the game, caretaker boss Gav Skelton said: “We wanted to bring him in because it’s just bringing that experienced core to the team, and the way he’ll talk to the players around him.

“Before the game he was talking to the lads, shouting, and you could hear that during the game. It’s no reflection at all on Lukas, he’s disappointed, but it’s just about bringing that experienced keeper and voice in.

“It is harsh on Lukas, he’s not best pleased, which I understand, and that’s part of football. If you’re not playing, you’re not happy, and he’s one who will have a good career.

“But Mark has come into the dressing room and has a confidence and presence about him, which perhaps we need to add to the team.” 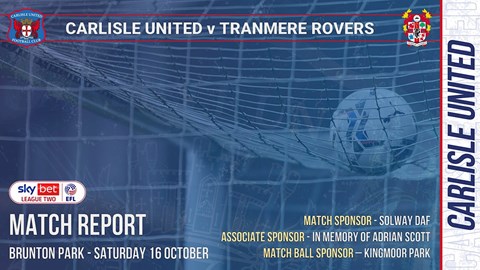 On the possibility of more players who are free agents to add to the mix, he commented: “I think everyone will be looking for a free agent who can put the ball in the back of the net.

“We’ve got plenty of options but we just need to start firing. There’s plenty of work being done as we try to put confidence into them, we’re showing them a lot of videos and talking all the time, and we’re doing it in our training sessions.

“It’s about having the belief out on the pitch, only they can really affect it. They’ve got to grab a game by the scruff of the neck and say I want to be the one that turns it round, and become a crowd favourite and club hero.

“I think you’re always looking, we’ve shown that with the goalkeeper this week. We’re obviously looking.”