Football clubs across the country have been celebrating Black History Month through October and it got us thinking about the man they called the ‘Gentle Giant’ – Keith Walwyn – who became a huge favourite with the fans when he was brought to the club by Clive Middlemass in 1989. 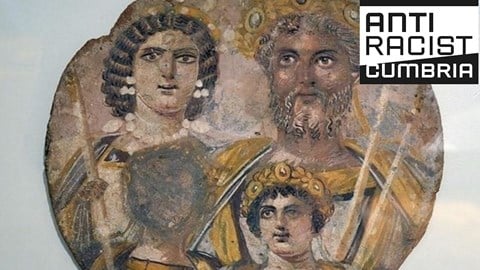 Central defender Bob Delgado is widely regarded as the first black player to play for United (he made just under 50 appearances for the Cumbrians across three seasons between 1971 and 1973), and he became known as a no-nonsense player who was ready to step in to fill a number of roles under managers Ian MacFarlane and Alan Ashman.

As for Keith, well, where do you start.

He may only have spent two seasons at Brunton Park but the mere mention of his name puts smiles on faces, and the news of his untimely death at the tender age of 47 back in 2003 brought a wave of sympathy messages and fondly recalled stories that reminded everybody of just how well respected and liked the bustling striker was across the football world.

Born in Saint Kitts and Nevis Walwyn was a late bloomer in the game who bounced around the non-league circuit through his early career, constantly invited for trials without quite managing to secure a contract.

It was Chesterfield who finally took a punt on the then 23-year-old in 1979 but he struggled to break into the first team, despite picking up a reputation as a regular goal scorer with the reserves.

His frustration was soon to come to end when York City paid a nominal fee (£4,000 is the suggested figure) for his services in the summer of 1981 ... and a legend was born.

Walwyn went on to become the Minstermen’s second all-time highest scorer, behind Norman Wilkinson, with 119 league goals across a six-year stay. 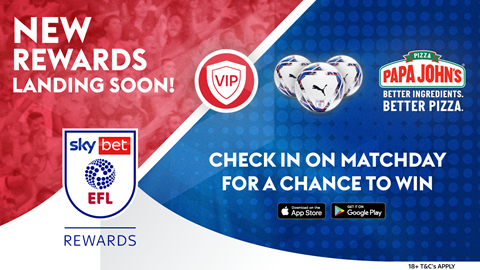 And that was where Carlisle United stepped in.

17 goals in 70 appearances across two seasons doesn’t quite tell the full story of a man who gave everything every time he crossed the white line.

“He was just such a gentleman,” chairman Andrew Jenkins recalls. “We all used to call him the ‘Gentle Giant’ because he was so respectful and likeable.

“His voice was distinctive, to say the least, you could hear him every time he shouted for the ball or at another player, and that became something the fans really enjoyed with him.

“I remember him defending a corner against Halifax and the ball came to him. He set off on a run and bullied his way through two or three tackles, and the crowd cheered every time he went past someone.

“By the time he got over the halfway line he was so tired that he just booted the ball as hard as he could, and there was such a massive cheer when he did that. That was a reflection of how much everyone liked him.”

In an interview conducted with the man himself, shortly after his retirement from the game, he said: “I loved my time in Carlisle. When I first got there we were such a hard team to beat and the dressing room was a great place to be.

“We were good enough to have gone up that year, but we had a run after Christmas where we couldn’t score and we lost five or six games, one after the other. That pulled the rug from under us. 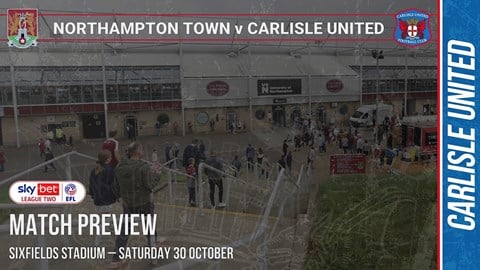 “I was so disappointed that we missed out, but the fans were superb. Even when the results were tough they stuck with us and the way they were with me was amazing.

“I didn’t know what to expect when I first went up there but everything about the club made me and my wife feel very, very welcome.

“It was tougher in my second season, we let ourselves down with results, but I have nothing but fond memories of my time there.”

And his introduction to the club was at a summer training camp in Ripon, where he roomed with keeper Dave McKellar and winger John Halpin.

“What a man he was,” Halpy told us. “He was a big, strong, physical lad who could put himself about and make his presence felt. He was a great character to have in the dressing room, liked by everyone, and I got to know him really well by rooming with him.

“Surprisingly, for such a big, imposing man, he was very shy, he kept himself to himself and it actually took a while for him to come out of his shell. Once he felt more settled he became a real asset both on and off the pitch, and he was great to be around. 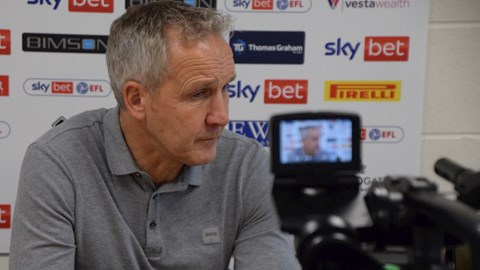 "On the pitch he was an old school target man. If you got the ball to him, he’d hold it up, and if you went high he’d get in there and challenge. Defenders knew they’d been in a game because he wouldn’t step back from anything.

“As a winger I didn’t even have to look up, I’d just put it in there and let him get on with it. He was as brave as a lion with that kind of thing and I think that’s why the fans really took to him.”

“He was also very honest, and he’d tell you himself that the ratio of goals to the number of chances he’d get on the end of used to frustrate him,” he continued. “He wanted that to be better.

“One thing I will say is that he would never hide away. If he missed he’d be back up on his feet and shouting at us to get it to him again. He would let you know straight away if he felt you’d missed an opportunity to create something. I got a real earful for that a number of times.

“Away from the football he was so nice with everyone. He listened and always had advice or something good to say. The rest of the lads in the dressing room loved him.

“I think something he’ll always be remembered for is his high-pitched voice. We did rib him about in the dressing room, but he loved it, and he’d join in. That good humour and hard-working nature is something else that made him become a favourite with everybody who met him.”

“He was a lovely man, always immaculately presented when he attended club functions, and he would shake hands with everybody and make sure they’d met his wife before he sat down,” the club chairman explained. “Clive Middlemass signed him and I know he was really excited about what he felt Keith would bring to the team at that time. 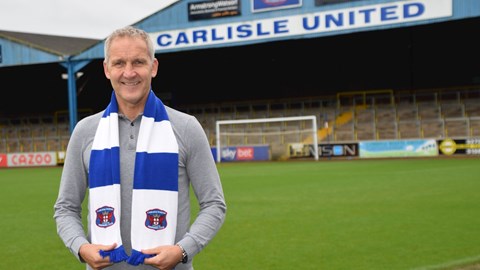 “He’d scored an absolute screamer against us when we played York City and we knew he had that kind of goal in him. He used to talk constantly about owning a coffee shop in Lytham when he retired and he was very careful with his money, so he’d joke about the fact that we’d all know which coffee shop was his because it would be the one with the tea bags hanging on the washing line outside, so that he could reuse them.

“For wide men like Paul Proudlock and John Halpin he was a dream, because even if he didn’t score as many as he would have wanted to, they knew he would always be in there battling if they got the cross into the box.”

And John Halpin revealed that Keith had felt a certain sense of trepidation ahead of making the switch from Yorkshire to Cumbria.

“Back in the late 80’s Carlisle United had a reputation for having fans who weren’t the best behaved, and we all know about the main group who used to tag themselves onto the club,” he told us. “That meant that some players were a bit concerned about what that would mean, and with Keith being black he was also concerned that there might be a racist element to it.

“He did talk to a few of us to ask if we thought he’d get abuse from the supporters about the colour of his skin. Those fears were expelled straight away, the fans really took a shine to him, and that’s why he went from that initial shyness to being part of the club’s fabric in a matter of weeks.

“We never heard any derogatory words said about big Keith, and I think that demonstrated that the concerns some players had about how they’d be received by Carlisle fans back in those days was a little bit of a myth. It just wasn’t like that in terms of how players were treated.

“The fans loved him for the person he was and the player he was, that’s all that mattered to them and us. Carlisle fans don’t change, if you give them everything they give you their unconditional support. Keith certainly fitted into that mould.”

Thank you to Newsquest for use of the image at the top of this article. 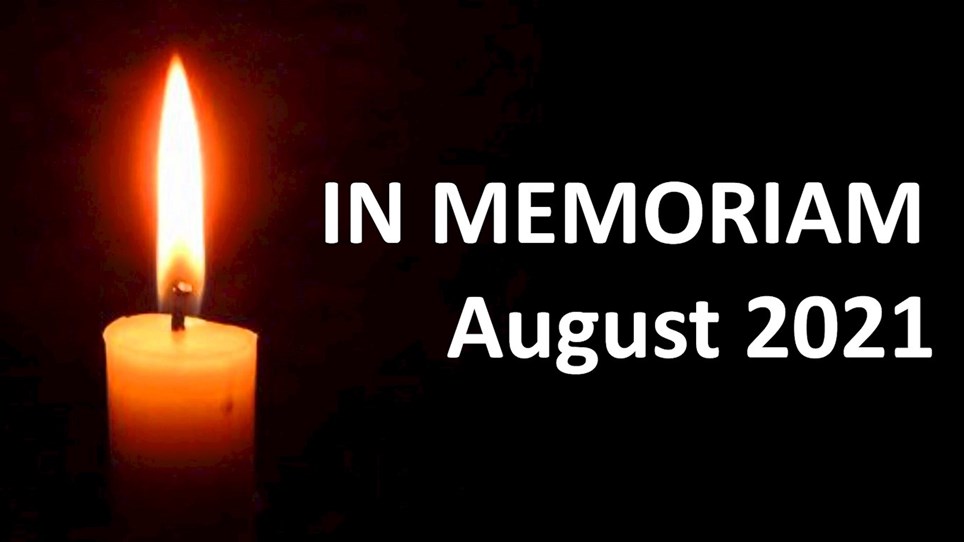