Eagle-eyed supporters at the Barrow and Harrogate home games will have noticed a new addition to the build-up to kick off, with a match ball delivery plinth, sponsored by ATL – Ascott Transport Ltd – a renowned national logistics company who are a long-standing tenant with Kingmoor Park at the north of the city.

Now our official match ball delivery partner, ATL have sponsored a mini-pallet which allows the ball to be delivered to the referee in the centre circle ahead of the pre-match line-up photo opportunity and coin toss.

In addition the distinctive ATL logo will now appear on the big screen before the game and during half-time, along with an advertising board that has been placed pitchside here at Brunton Park.

ATL have similar sponsorship agreements with Derby County and Burton Albion, another area of the country with a strong Pirelli connection. Here in Carlisle they work closely with Nestle and McVities (now Pladdis), as well as Pirelli.

Pete Ascott, director with ATL, said: ““We’re delighted that we’ve been able to support Carlisle United with a sponsorship package that adds something different to the match day build-up.

“It was great to see the match ball delivery partnership in place for the first time at the Barrow game, as we know it’s something that many clubs across the country also do.

“Through initial talks with Neil McIntyre [managing director at Kingmoor Park], the suggestion was that there was a relationship to be built with the club, and that developed when we had further talks with Martyn Vevers from the commercial department.

“With our local connections with Kingmoor Park and Pirelli we felt it would be good to give something back, and this seemed a perfect way of doing that as we look to get behind the Blues at what is an important stage of the season.” 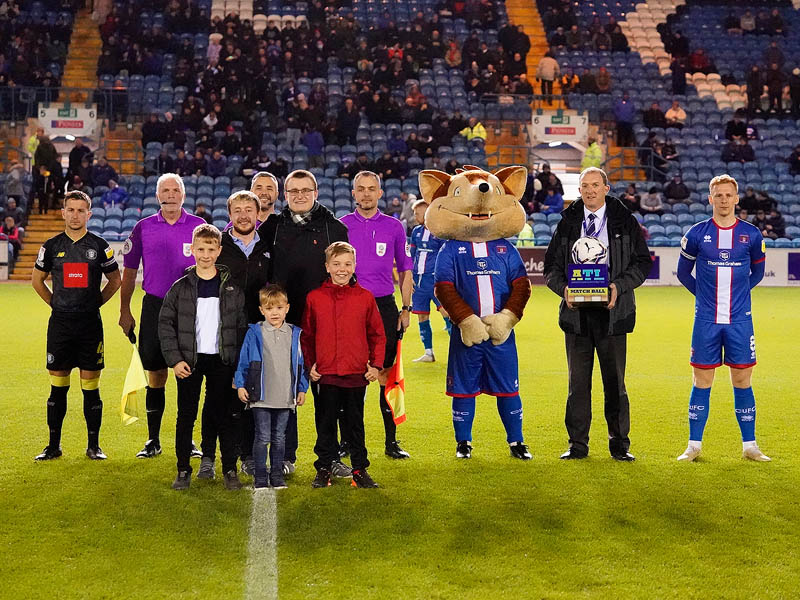 Neil McIntyre, managing director at Kingmoor Park, said: “ATL have been a long-standing tenant at Kingmoor Park and play a large role in some of Carlisle’s most established businesses.

“As a company that always supports us in our community efforts it’s great to see them ask to be involved at Carlisle United, recognising the importance of local businesses supporting local football clubs at this level.”

Martyn Vevers said: “We’d like to thank Neil for introducing ATL to us and Pete Ascott for progressing the option to take up this sponsorship package so quickly and smoothly.

“It’s fantastic to see such a well-known company come on board with us, and it’s another step forward as we look to enhance everything we do, both on and off the pitch.” 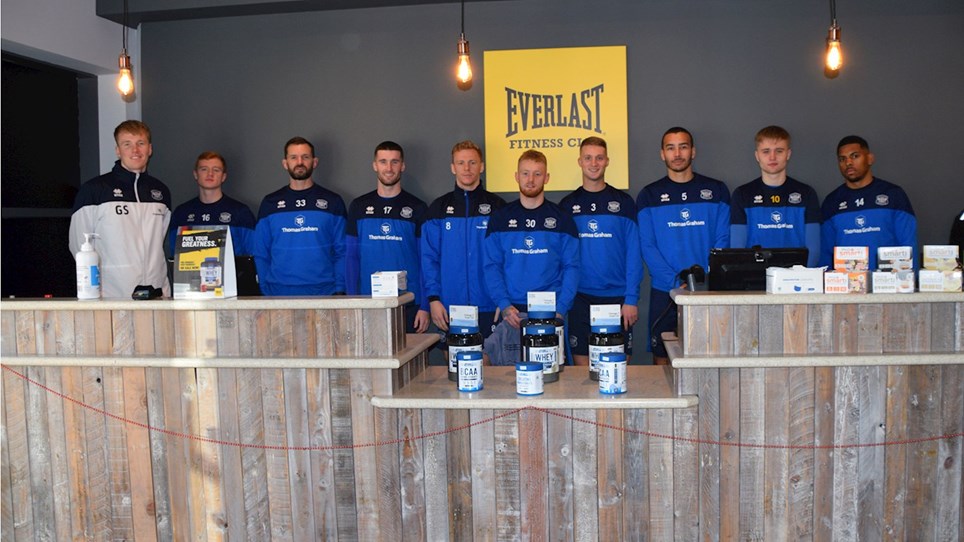 FITNESS PARTNER: It’s great that they can help us out and we can help them out


Carlisle United's first team squad are set to benefit from an excellent new partnership with the Everlast Fitness Club right here in Carlisle.