The Blues were allowed to use four substitutions during yesterday’s game against Barrow with the new ‘concussion protocols’ kicking in as soon as Zach Clough indicated that he was feeling the effects of a bang on the head, 30 minutes into the first half. 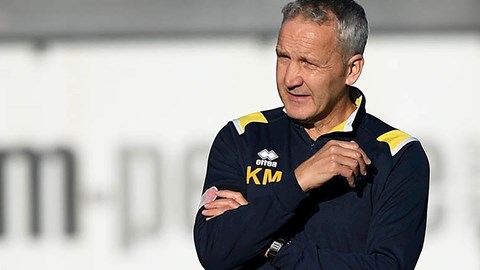 MANAGER: Frustrated not to turn it into a win

Explaining the situation after the game, manager Keith Millen said: “It was some sort of head injury and obviously losing him early is not good.

“I’ve not seen him yet to talk about it fully, but he had a little problem with one of his eyes. The way the protocol is you can’t take any risks and we had to follow the medical advice.

“It’s a shame, but hopefully he can recover quickly and the tests he will have to do with Ross our physio will be good and that will mean he doesn’t miss too much of training.”

“As we’ve said before, one player going out means another gets a chance, and Brennan came on and did well,” he added. “He had a big impact and I think the other subs did as well.

“We did it last game, and I thought Tristan and Brad were terrific, a real handful. They ran their legs off, and then you put two more on, they go again, and we looked dangerous because of that.

“I’ve got forward players, and that’s how I see I’ve got to use them at the moment.” 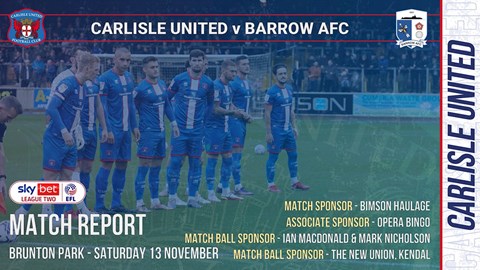 On the absence of Joe Riley from the team sheet, he commented: “He’s still got a sore foot, a swollen foot, so we’ll see how that settles down in the next couple of days.

“He might need to have an x-ray or a scan to make sure it’s all clear. He picked it up in a challenge on Tuesday, literally in the first five minutes after he came on, someone trod on his foot.

“Hopefully there’s no damage and it’s just swelling and bruising.”

“This is why we want to look after the lads as much as we can,” he concluded. “With the week we have coming up I think there’s a balance to be struck between rest and recovery.

“We’ve had a busy spell with the three games. We recognise that after this week we go into a really busy period.

“I’ve tried to split the rest time and the work time, but I’m not thinking we’ve cracked it. Tuesday and Wednesday will be two really hard days.

“But, in between that, and after that, you’ve got to rest. We’ve got to be fresh for Exeter and then the games ahead.”