United face League One side Lincoln City in the first of the knockout stages of this season’s Papa John’s Trophy competition tonight and we caught up with manager Keith Millen to get his thoughts on what will be another tough test. 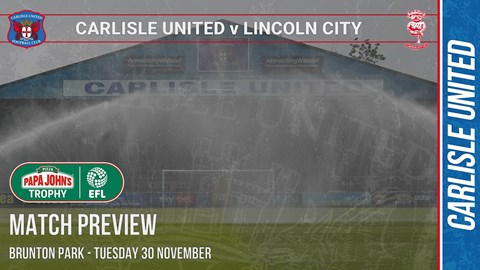 “I’ve done some work on them, because I quickly move on to our next opponents as soon as the last game is dealt with,” he told us. “I watched two of their games on Sunday and I understand what they’re about.

“I saw the interview Michael [Appleton] gave and they’re in a similar position to us as far as they’ve got two cup games this week. He’s mentioned maybe rotating their squad, but they’ve got a decent squad, so they’ll be strong whatever they do.

“They’re a different team to some of the teams we’ll face. They’re more of a footballing team who want to pass the ball. They’ve got some good technical players and we’ve got to be aware of that.

“They’ll maybe have a bit more cleverness and knowhow, so they’re a dangerous side. Whoever they play, they’ll want to win, so we know we’re in for a tough game.”

“We’ll be the underdogs and we haven’t got the pressure of the league,” he added. “In training on Monday there was a real buzz about the lads, even though we couldn’t do much because of the snow. 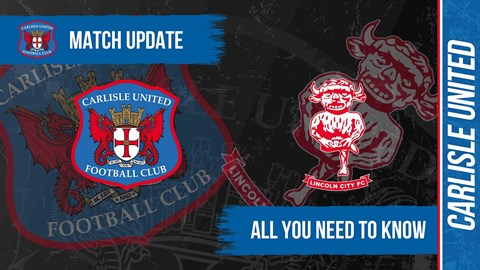 “They’re in good spirits and there’s a little bit of relief, but they need to understand that these two cup games are really important. We’re in the last 32 of this cup, then the FA Cup comes on Saturday, and all of a sudden both competitions could turn into anything.

“I’ll make sure that the mindset is correct for this game. We’ve got to respect what Lincoln do but stick to what we’ve been doing. We’ll try to stop them and enforce what we want to do during the game.”

With Lincoln having reached the semi-finals of this competition last season, as well as having lost out in the League One play-offs, they come with a squad packed with talent.

“The majority of their squad got them into the play-offs and I’m sure they’ll be ready for the game tomorrow,” he agreed. “They’ve got a way of playing that we have to make sure we understand, it’s not a case of us going out there and running around for the sake of it.

“It’s really important we have a structure, which I’ve said from day one. Our identity is what you’ve seen in recent games, that is us. 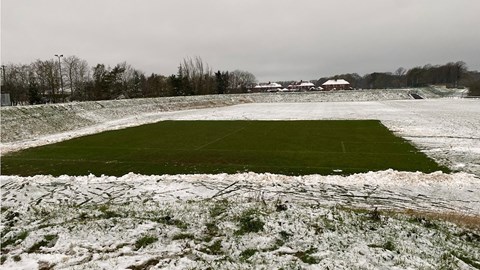 “If we go chasing all over the field, they’ll be good enough to play through us.”

For United, it’s a game the manager is clear that he wants us to win.

“I won’t be resting players,” he insisted. “I’ll be picking the team which is the strongest available.

“We’ve got a few injuries and a few lads who are little bit tired, so we’ll look at their game time and consider that.

“At the same time I’ve got to look at the bigger picture a little bit because we’ve got midweek games in the cups and the league. We’ve got to manage workload for the players so we don’t lose them to muscle strains.

“We’re in a good place so I don’t want to change too much, I want to keep this momentum and form going, so it will be as strong a team as I can put out there.

“One good change they’ve made to the rules is that we’re allowed to make five substitutes, which just makes sense. That’s something I’ll think about, it means we can keep it fresh. 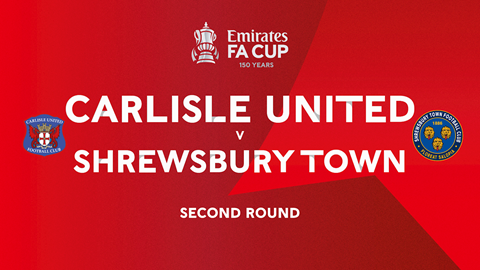 “We could have players who might only play half a game, but we can bring two more on which makes things easier. That’s something else to consider, but we’ll be as full strength as we can be.”

And he confirmed that news on midfielder Joe Riley is still incoming, following what looked like a nasty fall in the first half of the weekend home game.

“Joe is still waiting for another test [due to be done today],” he explained. “He’s still in a lot of pain so there’s obviously some damage there.

“We don’t know what the extent of it is yet, whether it’s ligaments or bone damage, but he’s still in pain. We’ll hopefully know more in the next couple of days.

“So it’s good that we’ve got Jon Mellish available. Again, it freshens us up. He’s ready and keen to play.

“We also thought Jack Armer might be suspended after picking up his fifth booking on Saturday, but one of them was in the Carabao Cup game at the start of the season, which doesn’t count, so he’ll be available on Saturday.

“We’re past the 19-game cut-off for suspensions for five bookings now, so it’s good that he isn’t suspended. The more players I’ve got available, the better we’re going to be.”