United’s late goal on Saturday afternoon was an example of the type of quality manager Keith Millen has been working towards, with a perfect delivery followed by a crunching volley, with players finding space and getting into good areas from the moment the move started. 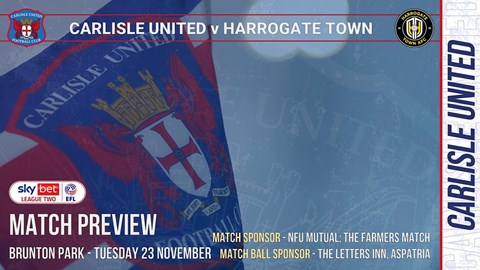 “It was a really good goal, and the things that Brennan Dickenson and Jordan Gibson did with such quality earn you those small margins that let your score,” the gaffer said. “It was a great ball from Bren and Gibbo arrived with a really good finish.

“We need more of those moments, and we need 11 players on the pitch to produce even more of them. When we get that we’ll be ok.

“But yes, it was a piece of quality, without a doubt. We have got players with quality, and that was a great delivery and a difficult finish to execute, like a half volley. It was good skill.

“It just needs to happen more. We had opportunities in the first half when we got down the side of them and into good areas.”

“I was disappointed with the quality of our set-pieces,” he continued. “We’re doing a lot of work on them, don’t know what the corner and crossing count was, but I bet it was double figures.

“I thought it was a good opportunity for us to get more from those situations because we had so many of them.” 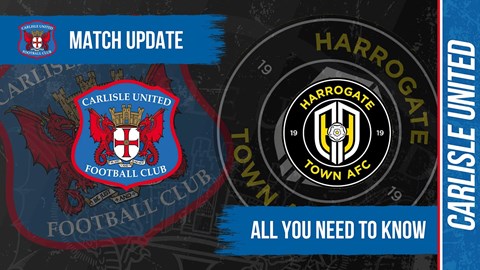 The finish was goal number three for the season for Gibson, who gave the fans behind the nets something to cheer about as the ball zipped over the line.

“Jordan was dangerous, and that’s why I wanted to push him more forward,” he explained. “When you’re defending like we were, you need someone who’ll run you up the pitch, and he’s brilliant at it.

“I felt every time he got the ball something was going to happen, which is good, and he scores the goal which will give him more confidence.”

On the goals conceded, he commented: “The reason we went to a back three was because they were pushing a lot of men forward, and I was trying to make a positive move where the lads at the back were to go man-for-man.

“To do that we needed to have five back there, because that allows the midfield to get out and press. I didn’t want us to just sit in and try to soak it up, but I’m thinking that we sort of sat too deep and we didn’t get out to the ball. 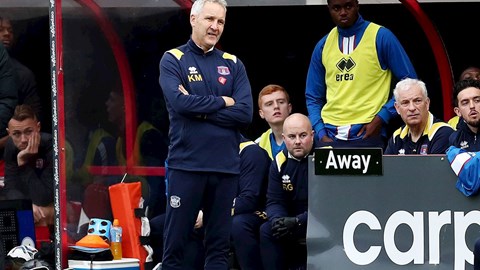 MANAGER: The effort and commitment were there

“I was trying to shout at them to get higher, and the changes we made were with us trying to be positive. I wanted to get us away from our 18-yard box and closer to theirs. We’ll learn from that, it’s the first time we’ve been down to 10 men, and hopefully we won’t do it again.

“Getting Morgan Feeney on was part of us wanting to be more attack-minded, because I felt we were getting pinned back and weren’t getting enough pressure on the ball. We were getting outnumbered and I wanted the midfielders to be able to press what was in front of them.

“It’s all about establishing a style of play, and we went into the game with the same identity that we’ve had the last three games, we didn’t really change, which I don’t want us to.

“I want us to keep getting better at what we’re doing. We will be the same, we need to get better at it, and when we do we can be effective.

“I’m really pleased with the understanding from the players of what we’re trying to do. You saw a side to them where they were totally committed, heads didn’t drop, and they ran until they couldn’t run any more. We’ll be fine if we keep that up.”