United boss Keith Millen made it clear at his midweek press conference that non-league opposition or not, he’ll be picking a team to do the job on Saturday as Emirates FA Cup first-round action brings Horsham FC to Brunton Park. 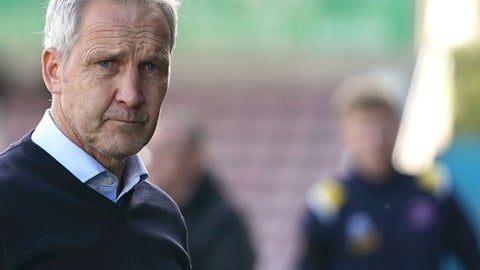 The Hornets have only ever reached the fourth round on three previous occasions, but an impressive cup run this far, which included the scalping of National League play-off chasers Woking last time out, suggests that they won’t be heading north just to make up the numbers.

“I will pick the strongest team I have available,” the gaffer told us. “There’s no way I’d do anything different. I will look at what Horsham do, we’ve analysed them, we’ve had them watched and we have a number of reports on how they play.

“I’m still learning about my players, so I will look at who has trained well this week, and I’ve been watching everyone very closely. Some people might be in a better frame of mind than others.

“It’s not just about where they are physically, it’s the mental side of where they are. I need to pick a team that I feel is ready physically and mentally, and it’ll be the team I think will win us the game.”

“Even if we were top of the league I would still view this as the next most important game,” he continued. “I know what the FA Cup can do, whether you’re in a good or bad run, and I’ve certainly never looked at it as a distraction. 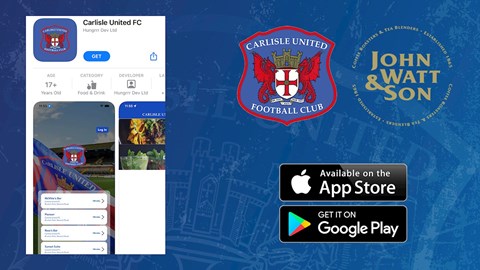 “That’s disrespecting a fantastic competition. Every club I’ve ever been to, I’ve always looked at it as a great opportunity, whatever league you’re in. For me, it doesn’t matter who we play, I need to put my strongest team out.

“I’m not going to play players because I’ve not played them yet, just to see them. People have to earn the right to get that shirt. That competitiveness you need to be successful – people need to earn the right to wear the shirt and if the play well, they keep it; if they don’t, someone else is going to get the chance.”

In terms of finding the spark to ignite the season, he commented: “You’ve got to start somewhere. This is the next game. If you do win it, there’s no doubt when they come in Monday they’re going to be a lot happier.

“But whether we win or not on Saturday, we aren’t going to be the finished article. Winning will definitely give a bit more confidence, make them a little bit happier in themselves, and you build on that.

“I’d much rather come in on Monday on the back of a win, saying you’ve done this well lads and this is what we’ve got to improve, rather than not winning, and like the disappointment at Northampton, you then have to pick the pieces up first. MANAGER: We'll assess him in the next few days

“After a win you can probably do more because they’re in a better mindset.”

The other aspect of the FA Cup, of course, is the natural excitement the competition generates in the stands and on the terraces.

“It’s a great competition because it gives the fans something to look forward to and cheer about,” he agreed. “They aren’t in a good place, and that’s understandable because of what’s going on in the league, so hopefully they’ll get a lift if they see their team play well.

“Winning games helps them to enjoy their weekend, and that’s all they want. Getting through gives you the excitement of the draw, and obviously financially there’s always a reward, so that keeps the board and people above happy.

“There’s a lot of different reasons as to why Saturday is important. From all of that, it’s about the fans for me. I want them to come and enjoy their team and go home happy.”