Come full time on Saturday absolutely nobody was hiding away from the fact that it was a much-needed victory, with a collective weight being lifted from the shoulders as soon as the ball hit the back of the net for the first time on the day on 69 minutes. 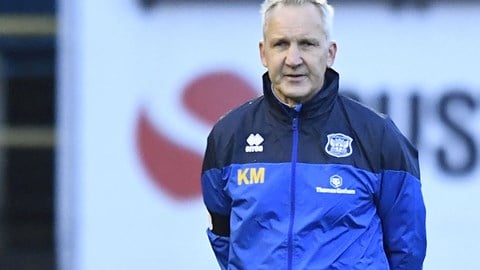 MANAGER: We knew what was at stake

“You can’t deny that,” manager Keith Millen said. “I’m trying to stay calm on the side of the pitch but I’m praying every time we get in the box – please score, please score.

“I know what it’s like for the fans, it’s worse for the fans, because they can’t do anything about it. I can, in a way, from the touchline, but for the fans to stand there and feel the pressure and tension that’s in there, it’s just great for them to see the goal come and for them to go home happy and smiling.

“They enjoy the weekend more, but we’re not getting carried away. We definitely won’t be doing that. We’ll review the 90 minutes, we’ll see what was good and what wasn’t so good, and our whole process over time will hopefully improve the team.”

“This is a step, hopefully, in the right direction,” he added. “You’re not going to change everything in a week. Winning a football match, the lads will come in Monday morning with a smile on their face rather than them feeling a bit sorry for themselves. 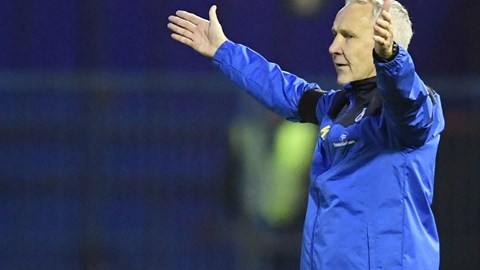 MANAGER: They have to show me what they're about

“There’s lots we need to do but you can’t do it all in a week. I was pleased with the composure we had on the ball, that’s probably my most pleasing feeling at the moment – we were calm and we passed the ball, and that’s how we need to be.

“Although the fans are anxious for us to score, if they appreciate what we’re trying to achieve, they’ll support the players. Once we scored you could see the atmosphere change, the fans were great, getting behind the players.

“We just need to keep moving forward. You’d love to win every game but it’s probably not going to happen. At least we’ve got a direction and understanding of what we’re trying to do to make us better.” 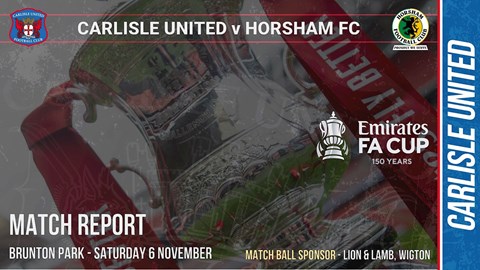 “There were some good bits about the way we played, and we dealt with the pressure that was on us. If we’d lost we would be the headlines and probably first on Match of the Day.

“That pressure was there but we stood up to it and we used it as an opportunity to get into the second round.

“You just have to deal with this kind of thing. You have to, there isn’t another way around it. Unfortunately that’s the situation we’re in at the moment. You’ve got to be brave enough to deal with that.

“It’s easy saying that, because I’ve been there, so I’ve tried to give the lads a structure and a way of playing that is simple but effective. I saw signs of it and we looked dangerous when we got it going.

“We had opportunities, and it’s the end product we now want. That’s the same for any team, when you’re lacking a bit of confidence that’s normally where you suffer the most.”