Academy boss Eric Kinder spoke earlier this week about the disappointment of having just missed out on the league title following a strong second half of the season, but he also reminded us that results come secondary to the need for the academy to provide a clear pathway to a professional deal at all levels and within all age groups. 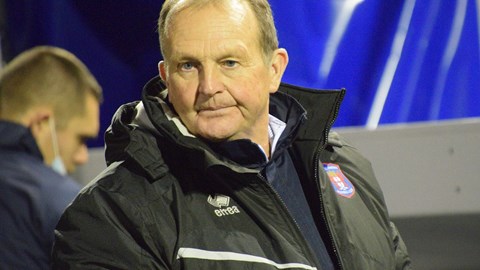 “I’ve said this before, but you always have to ask yourself what under-18 football is meant to be about,” he said. “You have to remember what you’re trying to achieve. It’s all about producing players, and that’s why it doesn’t matter about finishing top of the league, or which cup competitions you do well in.

“All of that is just for the group of lads and for the staff who are working with them at that time. It doesn’t really matter to anyone else. My thoughts have never changed over the years, if I can get three or four players through to a professional deal then I’d take finishing bottom each season with no problem.

“But the fact is that you don’t have three or four good players every year and finish bottom, you tend to finish higher up because they help you to play better. We want to win, of course we do, but the priority has to be for us to try to produce players who can compete for first team shirts.”

“It’s always been the aim for us to produce our own talent,” he added. “I do get criticised for looking outside of our academy for recruits, but it’s only because I want us to have players with the best chance possible of making it through.

“That was my remit when I first came here in 2006, and I’ve always supported players from our academy if, in my opinion, they’ve been good enough. With six players getting through again this year it shows that decent work is being done by our academy caching staff.

“We need and want a clear pathway, but the players have to be good enough. There’s an obvious and clear pathway from the age of 9 to 16 because we’ve tried to make the academy a Cumbria academy. 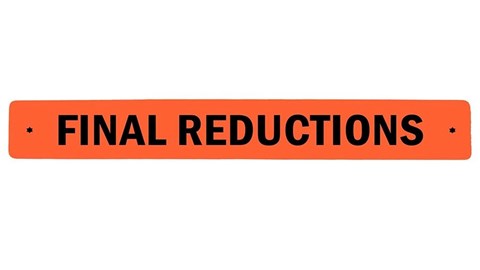 “We don’t have many young lads from outside the county, if at all possible. We try to see any player who has a decent level of football in Carlisle, and in the wider area, and the decision is then to be made if they can go further once they reach 16.

“Once you’re talking about offering scholarships, if you aren’t looking at eight players who you think could go on to be professionals it means you have to go looking further afield. The pleasing thing is that we’re really encouraged by the numbers we’ve been able to bring through from our own academy over the last few years.”

“Am I disappointed that we’ve only been able to get two through to a professional deal this year - no, not really,” he commented. “I think it was very close with some of others, and the climate that football is facing right now is making it a little bit more difficult for these lads to progress to that level.

“I’ve talked to academy managers that I know across the north west and there haven’t been too many who have made it through this year, if any at all at some clubs, and that’s really sad. I hope that changes and that achievable pathways are built up again.

“For those who have left us, I tell every player to go out and prove us wrong. I started as a coach with the under-15s at Preston and got as far as under-23s with Blackburn. From there I had a spell as assistant at Exeter with seasoned professionals, and it doesn’t matter what the level is, or the age of the person sat in front of you, it’s extremely difficult when you have to tell them that there’s no contract for them.

“You do gain experience from having done it so much, but it’s still a horrible day. You’re sitting with people who have given you everything only to have to tell them that this part of their journey is over.”

“I’ve told all of the second years who have been released that they’ll be fine,” he confirmed. “I know them as people and they’re going to have no problems, whatever it is they choose to do. Not all of them will stay in football but with the characters they are I know that once they get over this, and they get settled again, I’m very confident they’ve got a good future in front of them.

“They’re just that sort of people. I’ve released people in the past and I’ve watched them leave wondering what on earth they were going to do next, and I’ve worried over where they would end up. There’s no sense of that at all with this bunch, they will be fine.”

And with Keelan Leslie having joined Lewis Bell in the pro ranks, the under-18s boss admitted that a tough challenge is ahead for his team captain.

“It’s going to be hard for him,” he said. “He took some advice off me at Christmas when he was thinking about applying for an apprenticeship at Sellafield, where his brother works.

“I told him that you always have to think about the worst case, so he applied for that and he was actually at the point where he was going to be offered a place. That was when he had the offer from the club, so he had a real decision to make.

“I knew he was always going to choose the football route because, and as he said himself, he would regret it in the future and would always be wondering if he could have made it as his career. His time is cut in half, he has six months to prove himself, so he has to hit the ground running from the moment he comes back.

“There are people here who will help him, but he has to hit this challenge head on. If he does that, let’s see where it takes him.”

“He just has to look to the five lads who have had their first year and are now moving on,” he added. “It’s been really difficult for them, and it’ll be the same for him. We can use the excuse that the pandemic affected their year, and it’s an absolute fact that it did.

“Again, they had a late start, and it was near impossible to be able to arrange friendlies with all of the usual training facilities at the clubs we play against locked down. It’s so hard for these lads when you don’t have a set games programme for them. Their loan spells fell through, again from the pandemic, and it was stop-start all the way for them.

“But, if you look at that age group, and throw Josh Galloway, Jarrad Branthwaite and Taylor Charters into the mix, along with the five of them who got contracts, that makes it one heck of a year.

“That was with their season finishing early, and Jarrad actually only played one youth game that year. Taylor was with the first team for the majority and Josh left to join Leeds, so it was a really productive group. Unfortunately it hasn’t turned out that well for those five lads, and that’s a shame because they are all excellent young men.”