Saturday afternoon brought an excellent away result, but also some new injury worries as United begin their preparations for their final game of the season against Walsall next Saturday.

With striker Ozzy Zanzala having left the field of play with just 22 minutes on the clock, he explained: “It’s just the hamstring that he tweaked, it’s just tweaked again, and that happened during the incident of gaining the penalty.

“But strikers being strikers, he probably thought he wouldn’t have to do much running once it was on the spot and he wanted to take it. That’s all down to adrenaline. He had felt it a bit but he’s been great for us, and he wanted to carry on and do things for us.

“He wanted to take the four steps and strike the ball before he acknowledges that the hamstring has gone a bit. It isn’t a bad one, but he realised he couldn’t press in the way we need him to, and he did the right thing by letting us know at that point.

“What we have to remember is that these lads want to be out there, Ozzy was the same, and if everybody gave up at the first thing they felt there would be nobody on that pitch.”

Another who appeared to be struggling was Ethan Walker, who took a heavy fall not long after taking to the field of play just after the hour mark.

“Ethan finished training on Friday at Chorley, and he lives in Preston so he’d come along in his car,” the gaffer said. “So after training he phoned Gav [Skelton] to say his back had spasmed a little bit.

“We’ve already travelled, we’ve got a squad, and Ethan assured us on Saturday morning that he felt a bit better. He felt ok in the warm-up and he’s been a spark coming on for us in games recently.

“The game looked like it needed one at that point to take it up a notch, but obviously his back’s not great, he didn’t feel quite comfortable, and when I see the opposition full-backs cross that football, I want to protect our result.

“At the time we’re drawing a game, I want to protect the result while working hard to get our winner, that’s all that substitution was. I was gutted for him, to be honest. He took a heavy fall in front of us and I thought his shoulder had gone again. Hopefully his back will settle quickly.” 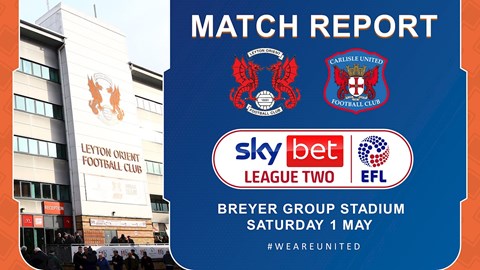 On defender Rhys Bennett, who suffered a knee injury at Cheltenham last Tuesday, he told us: “Rhys has some scar tissue on the knee. He was ushed as he made a tackle last week and he sat right back on it.

“It opened the knee ligament up a bit. If he declares himself fit when he isn’t, I just don’t want to risk him having a future, so he definitely won’t be available next Saturday in my mind.

“It’s the same with Rod McDonald and his dead leg. I said I hoped he’d be available for this weekend, and he wasn’t, so I’ll say the same about next weekend and we’ll just have to see how he reacts through the next few days.”

Two absentees from the team sheet were Dean Furman and Gime Toure.

“Dean has been fantastic, he was great coming on at Bolton recently, and he wants to continue to be a good professional, as he has been through his career,” the manager commented. “He just wants to play football. He was probably disappointed he didn’t start the next game because of discomfort in his gluteal muscles.

“I’m getting to the point where I need to sit and have a coffee with David [Holdsworth] so he understands what I want next season. I want to try and keep everyone together, I really do.

“I’m more for looking at things and trying to make them better, so I don’t really want too much change. Dean is a really professional individual and he’ll be gutted that he can’t make himself available.”

“With Gime, you have to look at the bench, the output of that, and you want to give people opportunity. I’ve just said in the dressing room I’ve given opportunity to everybody this season, people have had opportunity to stake their claim, but there’s no big deal in that. I pick a squad to come here and beat Leyton Orient, and they have.

“That’s the same with our keepers. It’s no big deal, Paul’s been brilliant, Magnus was excellent on Tuesday, and it’s as simple as that really. Jon Mellish was left out of the starters because I wanted to have a more technical, tight, quicker front four, but if your first touch isn’t right and you’re not quite right, it means it isn’t like that for us.

“But I certainly don’t coach that way for the lads to turn out like that, but I was delighted with Lewis Alessandra’s response to his first 15 minutes. Omari Patrick was working really hard at getting in the game, and I probably brought him off at a time when he’s warming into the best part of it.

“He’ll understand why I did that because I’ve got a good squad and I have to try and utilise it, so those are the decisions you make. I often try my best to make the right ones, and often that supports us being a more positive than negative team.”