United boss Chris Beech spoke to us on Saturday evening about the need to manage expectations as he watched his side dictate much of the second half against Cambridge, only to come away with nothing to show it when the final whistle blew. 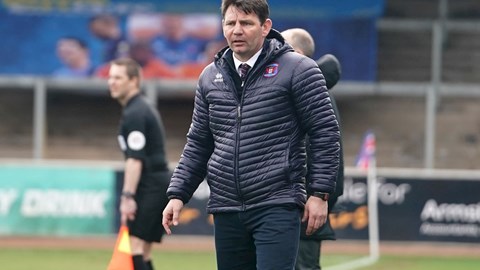 MANAGER: We need to stop the avoidable situations

“I’m 46 now, and I’ve been in professional football since I was 16,” he said. “I’ve played in teams, I’ve coached teams, youth teams, first teams, assisted first team managers in periods like this, but this is my first one as a manager.

“The most disappointing thing for me in this period is the fact we’ve done ever so well to probably enhance expectation, but what we need to do is manage that and understand that. We got to the top of the table, deservedly so, so it makes this bit harder to take.

“We all wanted that to continue, but it was never going to be easy after the extraordinary January we had. I know people sometimes deem that as excuses, because all they want is wins. I’m the same.”

“There’s just no way we accept getting defeated,” he added. “The biggest thing for me that I have to forgive so that we can move on is that we were leading a lot of games in that run and not winning.

“Now it becomes more important to win the next one, even though it’s vital to do that anyway, whether you’re top, middle or bottom, because football’s all about winning. 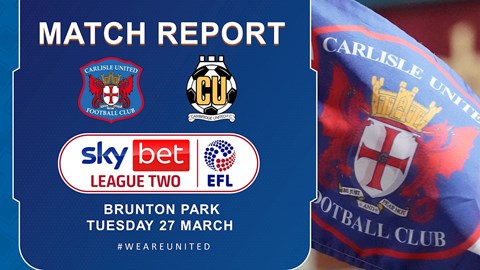 “All I can say to the fans is judge what you see and make your own choice. Just stick to what you know best and enjoy when we give everything, and let’s try and turn that around into three points.”

“Like I say, I do know what we need to do, but sometimes they’re deemed as excuses,” he concluded. “It would be great to get a bit more support from referees, at home especially.

“We’ve had the least amount of penalties given. They seem to be given quite easily for teams that come against us. So that would be nice, it would help.

“And, of course, just generally doing your job, not giving something away for nothing, which happened on Saturday. The lads didn’t make too many mistakes, but they’ve been stung.

“That’s what players like that can do when they pounce on a mistake. We know we need to tighten up on these kinds of situations and take our own chances when they come.

“Effort, energy, commitment, they are all there. That’s because these players know how important it is to represent their community properly. They’re working ever so hard because they want to be winning games.”