Manager Chris Beech has spoken about the need for United’s frustrating run of recent results to be met with a measured response, particularly with the traits and attitude which took the club to the top of the table still very much evident in much of their performances.

MANAGER: Our resolve is hurting

“We just have to step back and take stock. I’m really pleased how we’ve excited everybody, rejuvenated everybody, including journalism, never mind supporters. I’m pleased that we’ve managed to do that.

“For the fans, I’d say stick with us,” he continued. “Let’s be right, we’ve injected blue blood back into the club. You’ve got committed players who are committed to the area, that want to play for Carlisle and understand how important it is to be playing for this great football club.

“They’re right behind what we’re trying to achieve. It happens sometimes. Everybody knows we’re not the team that’s got everything in terms of finance, etc.

MANAGER: All the lads are great lads

“Sometimes you look at older players that can try and do that, if you look at different squads, but we’ve got some great growth in our players, great hunger and ambition, great young players too, all getting better, dealing with this discrepancy, and we will come out the other side.

“While we’re dealing with it I want us to win more games. I’m so ambitious and hungry for us. I’ve just got to step back a little bit, not fall out with anybody and make sure we understand that we are doing very well, and we’re still doing well in the games we’ve lost, but we have to see the good situations we get ourselves into through to the three points we want.”

“We have to be better at taking the hits but coming out the other side,” he elaborated. “We’ve got to deal with discrepancies better and then make sure we get what we want at the end of the day.

“We aren’t dealing with that very well at the moment. I said to the lads after the game that I am so frustrated because we’re leading games, but we aren’t seeing them off.

“We need to be consistent to the traits we’ve talked about. At the moment we’re feeling agitated because we aren’t getting what we want, and it is hard for the lads to keep going at it when that happens. 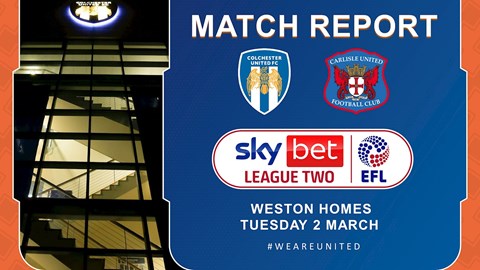 “They’re doing well to get us ahead in games, and it’s hard when you don’t turn that into wins. If they stop fighting then we’d have a big problem, but they haven’t, and we’ve just got to try and get through this period.

“We’ve got to rediscover ourselves and reboot, then see something through, and when we do I have no doubt the good vibes will come back into the building.

“It was great to spend time in the hotel together when we travelled down on Monday, because it’s been very difficult for us all. We discussed that and we’re aware of what we all faced, and the lads will commit to getting us back to where we were.

“Individuals are doing that, with players stepping up, but we know we all need to hit the heights together, as we did previously. Jon Mellish is a good example. He didn’t have the best of games but he’s that sort of player, and he’s important.

“There’s no way I could afford to recruit a 13-goal central midfield player, we had to grow one out of nothing. That’s what we have to think about in all these conversations and excitements that go on.

"It’s intelligence behind it, with a pathway and thought process to it, but I believe we’ve injected blue blood back into the club, back into the supporters, and we have to make sure we represent that every time we take to the field.”