United’s current run of results has led to a feeling of real frustration as the pre-Christmas sense of momentum and energy was pushed onto the skids when a bizarre start to the year saw the Blues struggle to take to the pitch in anger, with postponement following postponement as the pandemic, the weather and some unusual circumstances combined to derail what had been a barnstorming run. 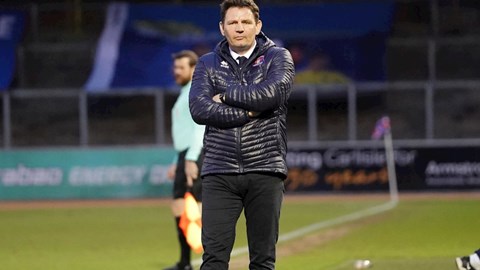 MANAGER: It's hard to take on the chin

A stretch of games without a win always puts everything under the spotlight, but manager Chris Beech remained pragmatic as he spoke about his way of dealing with adversity.

“You stay strong, and that’s not a problem to me,” he said. “I’m a hard-working, honest person. I have a great desire to be successful, which I think has enabled us to make progress at the club, so much so it’s become a bit of a conundrum.

“We came in and took a team on that was bottom, and following the end of a season last year that was really tough for everybody, we managed to recruit a squad that’s really committed to what they’re trying to achieve.

“The irony is that we’ve progressed it so quick it probably went a bit too fast, and it’s evened out a little bit. We’re capable of winning League Two games and this team’s capable of doing that, it didn’t do against Orient or in a period where we’ve let people off the canvas.

“Put your finger on that, difficult, all for different reasons. Goals change games and we gave penalties away at bad times and not received penalties when we’ve been given them. We’ve been on the wrong end of a lot of situations like that.

“If I think back through this season, and with 12 games left, they say it evens out over the season. Bar the Grimsby gimme they gave us when we played away, we’ve not really had it. We’re due a big slice of that in the last dozen games.”

“I’m not asking for context here, anybody with any logical situation behind the scenes will understand business is progress, football’s a business and we’ve progressed,” he added. “We sold an academy graduate to Everton, sold Hallam Hope to Swindon who went on the win the league, I had to recruit a lot of players in January to try and help us stay in the league, and then we only had seven players in the summer. 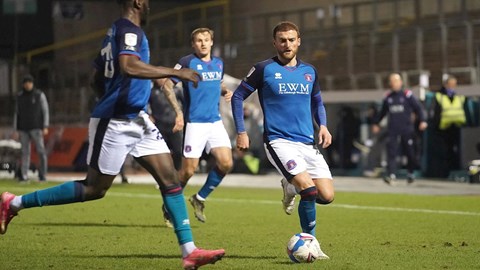 “We were recruiting like mad, meeting players socially distanced all over the country to get them ready for us. They’ve represented us great, they did it that well in difficult circumstance, finance, facility, but they’ve enabled us to get to the top.

“That’s what is probably holding us back a little bit now on all this noise, because if we hadn’t done that I don’t think this noise would be as prevalent, and I think a lot of fans would be excited for us to be in this position to try and get something from it.

“But because it’s gone upside down the other way around, it feels a lot different, it does to me and the players, but we have let opponents off the canvas when we should have won games, and we did do enough to get points out of Tuesday’s fixture, which is another example of what we’re saying.”

“There should always be a bigger picture, because there would be in any other business,” he commented. “I know we’ve got some great potential, potential sales of players in the ascendancy of their careers, but I like winning, the players like winning.

“We’re not winning at the moment and we all know that’s a massive step on a manager situation, always is and always will be. It’s probably even more difficult now because of social media and things like that.

“But the players enjoyed the support from the supporters pre-Christmas, and they’ll enjoy their support in a harder time. But we are in a better place than when I first came in, we’re financially more secure and the squad’s got great potential and commitment to try and be better. Sometimes you’ve got to look at a bigger picture. Believe me, along with that I want the three points every time we play.” 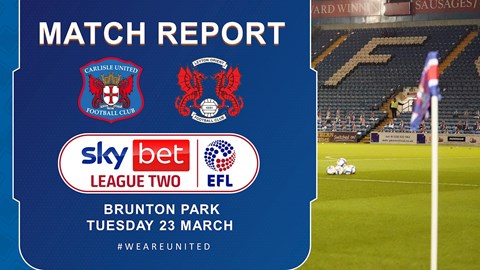 Almost always a topic for discussion after games this season has been the use of substitutes, with up to five changes allowed following a temporary change to the rules caused by the pandemic.

“It’s difficult in these conditions with substitutes, it really is,” he explained. “Every player is completely behind what we’re doing, you can see that from the energy in the squad.

“The game was so tight. We were against the wind and it was important that we didn’t allow the opposition full backs to get any ascendancy, which I thought Gime [Toure] and Lewis [Alessandra] were doing well, as well as having attacking prowess themselves.

“I felt quite good in the game in terms of playing against the wind. Jack Armer put two or three really good balls into the box which we should attack better, and I think that actually helped set their goal up in the end.

“When subs come on I know the players are trying their best to be in a place where I know what they’ll do when they do come on. I felt it was that tight that if we did do that, and let an opposition full back out, they’d end up getting the winning goal.

“Of course I want to win it but we did have attacking prowess in Gime Toure. If you take Gime, Jon Mellish, Lewi Alessandra or Ozzy Zanzala off, yes you can make difference, but also, which people don’t recognise in League Two, they had six players over 6ft.

“If they get a corner or wide free kick at that point, you can play as well as you have and lose. But we lost in the end anyway, so it makes those comments look in hindsight irrelevant. You make decisions for the right reasons, but that sometimes that goes against you. That’s football.”