United’s assistant head coach Gav Skelton spoke after the Central League Cup game against Huddersfield on Wednesday afternoon about the frustration felt in the first team dressing at how recent results have gone. 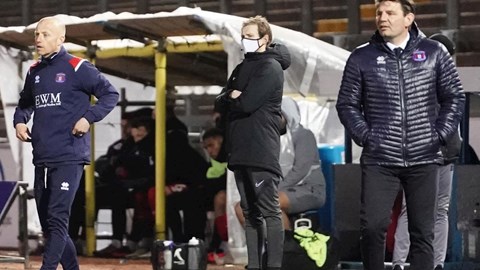 MANAGER: Everyone is committed to what we're trying to achieve

“It is just very frustrating,” he said. “I thought on Tuesday night, it wasn’t a classic game, but in terms of effort and how we competed, it was there from the players. But to take nothing from it was really disappointing.

“You have to take it on the chin, don’t feel sorry for yourself, because the only way to fight back from it is to work even harder, get a positive result and then get a bit of momentum.

“We keep repeating it but the only way out of this is working hard as a club, staff and players, keep trying to do the right things, get a positive result and get ourselves going again.

“The belief is still in the dressing room, confidence can take a dent when you’re not winning games, but there’s a determination in the group and the commitment is definitely there.” 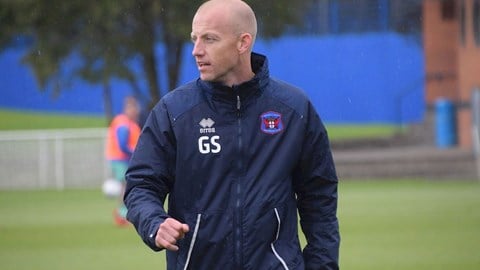 INTERVIEW: We're pleased we got the win

“We saw from the reserve game that everyone is looking to show they can play a part,” he continued. “They want to put themselves in the mix, but it’s also important they do well in training because there are lads in front and beside them.

“It’s a competitive squad but that doesn’t count for anything when you’re not winning games. It’s important when players get an opportunity that they knock on the door which, to be fair, they’re all trying to do.

“Keep that going, keep working as a team and a squad and who knows, you could be the one that gets the nod for the next opportunity. The chance to make that happen is in every training session or reserve appearance you get.

“We all want the same thing, to win, and we’re doing everything we can to get back to that.”


United’s director of football David Holdsworth spoke this week abut how tough it is for every club when it comes to under-18 second-year decision day, particularly knowing that the young players who...


Director of football David Holdsworth sat down with the press on Thursday morning to discuss a range of subjects, with the season now into its final three weeks.