United boss Chris Beech was on hand at the club’s Fixture Release Day breakfast on Thursday morning to give immediate reaction to the publication of the 2021/22 season schedule. 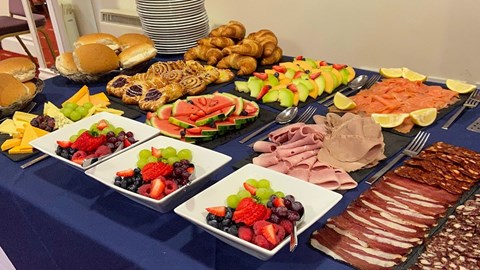 With the Blues facing the U’s of Colchester here at Brunton Park on the opening day, he said: “I think with the fixtures I’ve always had the same approach, we have 46 games to play and it’s about being ready for all of them, whenever they are.

“Having said that, it is good to see a home fixture for the first one. If everybody can come it will make it really special because we’ve missed having fans in the stadium and I know you’ve missed that as well.

“Colchester will be looking to do better than last season, there’s no doubt about that, so it’ll be a tough one. That’s the same for every game because every club is doing their best to be successful.”

“Our first away game is Swindon, so that will get us into the swing of things with going overnight,” he added. “It’s part and parcel of being with a club like Carlisle United and that’s why it’s so important to do things properly.

“Alba Travel, our bus company, are brilliant with helping with that and the lads know they have a job to do, however long the trip.

“We did well at home last season, we were pleased with that, and I want our team to be very hard to play against in every game. The core values have to be that we represent our shirt and badge whenever we take to the pitch.

“Part of that is that we must improve our away record if we’re going to do anything special. There are factors affecting how we approach each opponent, but if we concentrate on ourselves it’ll become about causing them problems.” 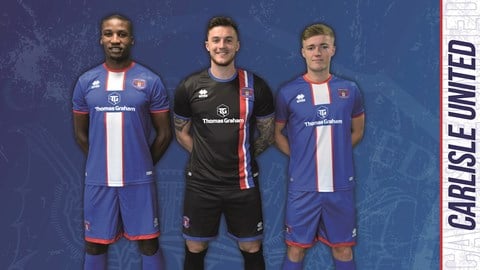 Picking out some of the games from other key periods, he said: “Playing Rochdale at Christmas is good, simply because I was with them for 12 years.

“All of the festive fixtures are decent because you know the fans are in good spirits. Our last game is away at Bradford and hopefully we’ll have something riding on it. That’s the aim.

“To be honest, I’m just looking forward to all of them. It’s interesting to hear somebody say earlier that I’ve been here for four transfer windows now – I haven’t jumped out of any of them yet so I must be doing ok!

“I’m pleased because there’s a bit of stability in the squad, a lot of the lads are still here, and we’re looking to add one or two more.

“We need a keeper, and we actually spoke to two recently. I met one last week, that looked promising, but it’s difficult when it then goes away.

“I had somebody phone me every week for three weeks but they then disappeared. For me it’s about sticking to your principles and staying patient so that you get what you feel will be the right person.”

With the summer having flown by, it is indeed time to welcome the lads back, with them due back in the building on Friday morning.

“The lads are in tomorrow for a fitness test, they’ll train on Saturday and I know from the contact I’ve had with them that they’re in physically good states. Hopefully they’ll represent us all well with everything they do going on from here,” he said.

“We have some new faces to add to the group and every team takes time to come together. We’ll evolve as we go through the pre-season programme and our aim will be to get three points every time we play.

“Our marker is the first half of last season, and that type of push has to be sustained. I’m looking at how I can make that better. There were reasons why it was difficult after Christmas, but that’s gone now. I don’t want to sound like a broken record. 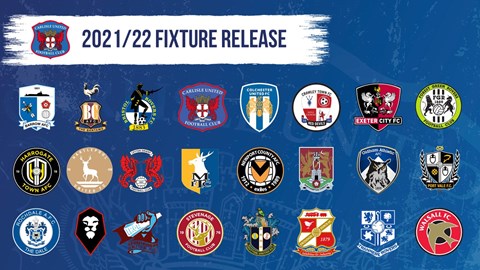 “If we can find those levels and maintain them it will be very exciting. I want us to be quick on the attack, energetic and dynamic, and I want the fans to enjoy watching us. I want it to be about us getting people excited about what we’re doing, as well as winning games.

“Somebody has mentioned looking at Morecambe as an example, and that’s right. They got promoted, and well done to them. Sometimes it’s just written in the stars and things align for a club. Even in the play-offs, they weren’t the best team in their games but they won them both. That’s football.

“Hopefully things will come together for us when we need them to, and our fans being in the ground can play a big part in that. The supporters in the Paddock, it amazes me how I can bump into them walking their dog and they’re really chatty and pleasant.

“Stand them behind me on a Saturday afternoon and I’m left thinking that there’s no way it’s the same person who was walking his puppy the other day!

“All joking aside, I enjoy that, I’ve missed it. Football is an emotional sport and it has to be shared. Think about it, we had lads who made debuts with no family there to witness it. Jack Armer’s mum and dad haven’t seen him play as a pro and he scored his first ever goal at Barrow.

“Just imagine Gime Toure responding to a crowd when he’s about to go on a run. That will drive him on. This past year all you could hear was me shouting, normally you’d have the cheers and roars and singing.

“We all need that. We need to hear them getting excited when players tackle or run, or score. The lads feed off that, it makes them run quicker and recover quicker, and it makes them respond differently when there’s a little setback.

“We know what the Paddock and every other part of that ground is like when they’re behind their team. It’s going to be great. We keep talking about doing things together and getting three points is part of that.”

And with a final word on the new kits, he said: “Thank you to Roger and Ian of Thomas Graham for their sponsorship, it’s superb of them and I think their logo looks brilliant on the chest.

“The players will be pleased, they actually asked me if they could wear the home kit instead of the away kit at some games last year, but Kit Man Col was having none of it.

“They look smart, but my dad always used to say to me that it doesn’t matter what you wear or what number you have on your shirt, it’s how you play that matters.

“That’s right, it really is, but there’s a real importance that the fans like what they see as well, we understand that completely. I think they will with these two.

“Just on that, you wouldn’t believe how much players argue over what number they are. I’ve resolved one of those just this week, funnily enough.

“Like I say, whoever wears whatever number or whatever kit it’s about how we represent our club. I can assure you we won’t be taking any day for granted, and it’s good that we’ll be looking good as we do it.”