The end of a hectic 2020/21 season has given an opportunity for the club’s academy staff to take stock of their day-to-day operations, with a particular focus on the intensive administrational requirements presented by the annual EPPP audit. 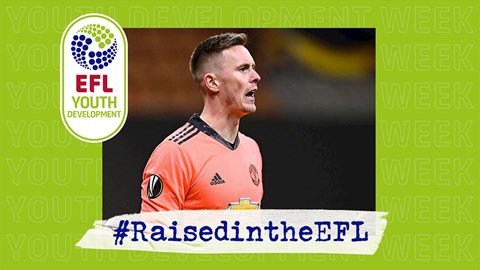 An internal restructuring process will now take place, and we are delighted to announce that Mark Birch will become the Lead Professional Development Coach, overseeing all aspects of the under-18 football programme.

He will be assisted by Eric Kinder, who takes up a new role of part-time Professional Development Coach, and who will continue to deliver coaching sessions to the under-18 group.

Simon Friel, previously the Youth Development Lead Phase Coach, will take over as Academy Manager, and will lead on the completion and implementation of all EPPP requirements.

We are also due to welcome Dave Cullen, our new Academy Physiotherapist, who replaces the outgoing Chris Brunskill.

Director of football David Holdsworth said: “Eric approached me in confidence at the end of the season and he highlighted how much the role of academy manager has changed in so many aspects over the last few years.

“He talked about the additional clerical and administrational requirements which have been added to the core business of football, and he informed me that he was willing to stand down from that role, both for the good of the club and for the pathway going forward. 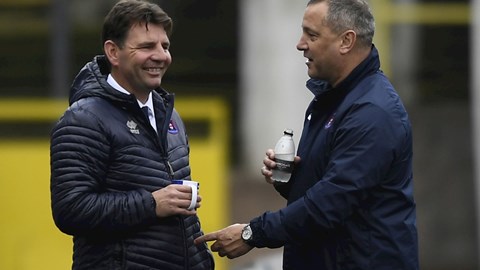 “However, I have a very good relationship with Eric, and I was able to persuade him to stay on board as I feel we need his support as we introduce this new structure.

“We had a frank and open conversation about his role, and I feel it’s imperative that we keep him as a mentor and with a lead role within our academy. He took a few days to think about our conversation, and I’m delighted that I’ve convinced him to stay.

“Eric and I know and believe this is the best way forward. As I say, Eric will mentor Mark, and it’s good to know that we all have the same ambition.

“I have to say that when it came to filling the academy manager position, Simon was my first thought, and that was backed up by Eric’s recommendation,” he continued. “I am really happy to be able to promote from within and the knowledge and administrational qualities Simon has will help the academy to continue to meet its EPPP requirements in those areas.

“The way we’ve restructured means that the football side doesn’t suffer, and the position Simon has vacated will be filled as quickly as possible.

“Sarah McKnight will add great knowledge and advice with administrative work, which we are indebted to going forward.

“With Mark, he’s an excellent coach and he will now manage all under-18 team football affairs before, during and after games, and through the week. This is much more responsibility, and I hope that he will respond.

“Mark is a personal friend who I’ve known for many years and I’m sure he will make this step up with ease.

“We feel these changes will help the academy to function in an even more efficient manner, bearing in mind that it is already a strong and professional department.”