United’s under-18 side played out a tough pre-season opener at Creighton on Thursday night in a game against Gretna that was nip and tuck, with both sides constantly looking for the win. 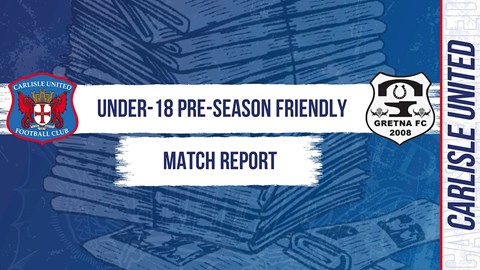 YOUTH: Result from the friendly

Speaking shortly after full-time, boss Mark Birch said: “It’s our first pre-season friendly so it was important to get everybody through the game without injury.

“There were some good things in the game and some things we can learn from, and we were able to see the first years play in different positions, which was useful. In general, I think myself and Eric are pretty pleased with what we saw.”

And a healthy smattering of resolve was on display with the young Blues twice going behind only to peg things back to all-square on both occasions.

“That’s always good to see,” he told us. “I think the second years will have learned from last year that when you go a goal down you’ve just got to keep going.

“Hopefully that’s a trait that they can pass onto the first years because that’s another important aspect of the game that we need to take into the season.

“Both of our goals came from us being in the right place at the right time and that’s what you want from your forward players. You want them to gamble and anticipate things so they’re lively in the box and ready if an opportunity comes.” 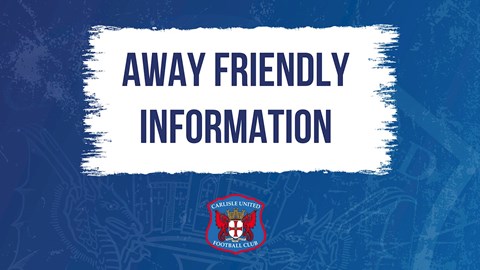 FRIENDLIES: Details for the away pre-season friendlies

With this first outing coming just four days into the pre-season schedule, he explained: “It has been a little bit stop-start so far, but we looked the fitter side towards the end of the game, which was pleasing to see.

“This game was probably earlier in the schedule than we would have wanted but the way things have gone has meant that’s how it’s happened. There are a lot of positives to come out of it and we did look stronger towards the end.

“It’s great that the lads have kept themselves fit while they’ve been off. Like I say, it hasn’t been ideal for them over this past 10 days or so but they’ve got to be able to take knocks as they come along and just get on with it.

“I think the last 18 months in football have shown us that all sorts of things can be thrown at you but you’ve just got to get on with it, you can’t moan about it. You’ve just got to adjust and rise to the challenges that are set for you.”

And with an extremely busy few weeks ahead, he added: “We’ve got a lot of tough games coming up for the lads but we didn’t want pre-season to be easy.

“We’re playing a few Category 1 clubs, we want the lads to be tested so when the first league games come, we’re ready.

“We started the season really slowly last year and, in the end, it probably cost us the chance of winning the league. We’ve learned from it as staff, some of it was in our control and some wasn’t, but we want to start on the front-foot this time around.”