Almost missed in the excitement of fixture release, kit launch and other end-of-week activities 10 days ago was the fact that United had been pulled out of the hat to face Sheffield United in the first round of this season’s Carabao Cup competition.

The Blades, relegated from the top-flight last season, are the highest ranked team in the competition at this early stage and, of course, were given a further advantage of being drawn at home.

“That’s amazing, really, we’ve got the best team in the competition at this level,” manager Chris Beech said. “They’ve just been relegated and I look at the recent past, in terms of their team, and they were managed by a manager who I greatly respect in Chris Wilder. 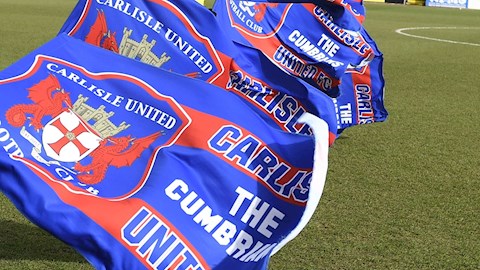 “He’s been unbelievable, he’s done it the hard way, the long way, even though he’s obviously not managing them now. He’s had to crack on and take big knocks along the way, so he probably is in the sun somewhere right now and relaxing.

“We’re playing his old team, I know a lot of people at Bramall Lane, so it’s one to look forward to. Look, they’re a very good team, it’s a fantastic place to go, so it’s not something to fear.

“We go there looking to represent ourselves, our club and our fans in the right way. There’s a lot of work to be done between now and that game, so our focus will be on that and on being ready for Colchester as the weeks and pre-season games go by.

“I’ve said before, I always concentrate on the next challenge, it’s the only way to be in this game. Having said that, it is a good game to look forward to.”