United left it late to claim their win over Everton under-23s on Tuesday afternoon with two goals in two minutes from Lewis Bell and Manny Mampala adding to an earlier strike from Jon Mellish. 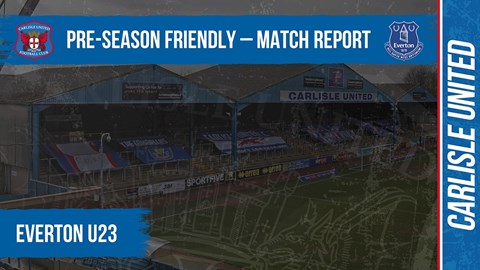 Speaking about the game, assistant boss Gav Skelton said: “We saw some good stuff and bad stuff, which is important in pre-season.

“There was some really good stuff and some stuff that we need to work on, sharpen up and tidy up. From the two games we’ve just had – Blackpool and Everton – overall it’s been really productive.

“Unfortunately we lost Saturday, but we got back to winning ways and that brings confidence that we can win.”

“Everton are a good side,” he added. “From speaking to their staff before the game, they’re quite confident in this group, and have a lot of belief in their ability.

“At times we played ok, but we got stronger as the game went on and it’s nice to see Lewis Bell getting in at the back stick, which we encourage him to do. He scored a goal, some are saying it’s an own goal, but we’re giving him it.

“Jon Mellish with the first goal – brilliant, what he does best, and it’s how he scored over 12 league goals. Then Manny, it was written for him wasn’t it, against his old club – that was nice. 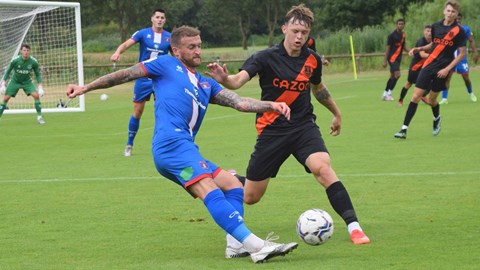 “I don’t think they caused us too many problems first half, we have to be aware of not getting countered and space in behind, but we showed good character.

“We didn’t panic, we worked the ball well, worked the keeper at times, but we want to be a bit more testing. We had a couple that hit the woodwork but you want to score from good areas.”

And on more of the positives to be taken from the encounter, he commented: “It’s good for the fitness. The ball was in play a lot, because we had balls around the pitch and that kept the tempo high.

“Their movement was good, which provides different tests. They played two up top, which a lot of teams don’t always do, and it’s good for our centre-halves and full-backs to provide cover. 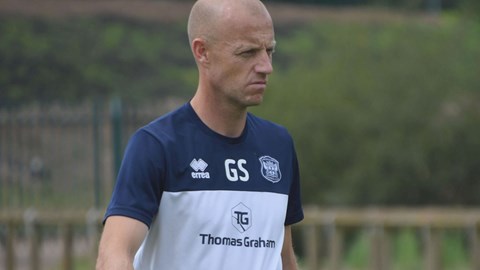 “They did play out from the back, some teams will do that and we’ll have to deal with that, and sometimes they did go long. It was a good mix, they’re bright on the ball and they look to punish you if you make a bad decision.

“In possession of the ball we can be a bit more clinical or show more quality, which is the thing that let us down at times.”

“In terms of the goals, Jon Mellish was really good, really tidy on the ball,” he continued. “He’s starting to get back to where he wants to be. It was another where he hits the crossbar and Jon’s on the move to score, which is good – that’s Mellish arriving in the box, that’s pleasing.

“Lewi Bell, he started Saturday, came on today, and we’ve asked him to play in different positions. He’s an intelligent footballer, it was good for him to claim that goal at the back stick. He’s a really good footballer but needs that end product, and he’s starting to do that which was pleasing.

“Manny’s was a cracking goal, postage stamp in the top corner, I’m sure he’ll be sharing it later.”