Tuesday night at Penrith brought a first appearance for United’s new arrivals in front of a healthy attendance that reminded everybody just what we’d been missing during the pandemic lock-out. 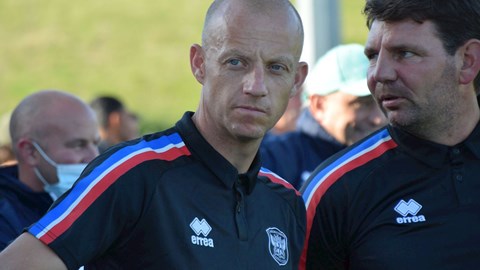 Assistant head coach Gav Skelton about the good feeling in the group, demonstrated by the new faces in the ranks as they all put in an enjoyable shift.

“You don’t liken to talk about individuals, because everybody worked hard, but there’s bound to be interest in the new lads,” he agreed.

“They all did well and I’m sure they’ll be pleased with how they introduced themselves. It will give them confidence and the supporters will have a bit of belief in what they see.

“It just helps everybody start to bond, and hopefully it continues in the same way.

“Obviously Zach [Clough] got his hat-trick and that’s really positive for him. He’s a player who has natural quality.

“You look at his CV and see him in training and it’s clear as to what he can do. He takes his time, he looks after the ball, he’s an exciting player.

“For those watching it gives people confidence in him and in the team. We know it’s pre-season, a first game, we’ll come up against stiffer tests and he knows that. But you see it in training, I don’t need to tell you he’s got that bit of quality.”

“We opened the scoring on the night with Tristan [Abrahams],” he continued. “You could see him constantly wanting to stretch it. 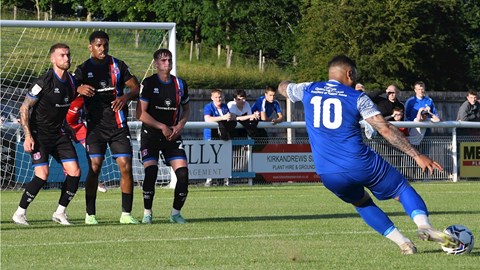 “He was pointing to where he wanted the ball whereas in modern football, from the academy system, or whatever, they tend to want it to feet. He doesn’t do that, he wants to go behind.

“The way he took his chance was brilliant. You could see his quality at times, he’s got in that position, it’s great to see him score. In snippets you could see the quality he brings and hopefully we can get that out of him this season and he can be successful.”

And from a defensive point of view, he said: “We saw Morgan [Feeney] at St George’s Park against Bournemouth but this was another step on for him.

“He’s come back looking fit and sharp and you can see that he loves to defend. He’s a good talker and I think he’ll have enjoyed that. He was unlucky with what happened in January just after he got here and he’s more than ready to go now.

“Corey [Whelan] is the same. He’s solid and dependable and you could see that he’s comfortable on and off the ball.

“He’s strong and has good positional strength, and he’s another who will only get better as the days and weeks go on.”

“I thought right through there were some really pleasing performances, from the young lads to the experienced ones,” he told us. “The likes of Callum Guy and Aaron Hayden showed good character and personality to drive the team on.

“Jack Armer second half, lots of energy getting up and down, George Tanner and Joe Riley composed. Everyone takes something from it.” 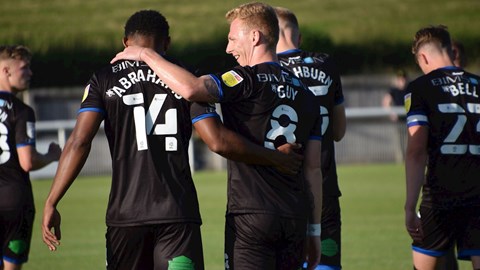 With Brennan Dickenson, Keelan Leslie, Rod McDonald and Magnus Norman missing, he confirmed that there’s no real concern over their temporary absence.

“All of them are slight niggles,” he said. “Hopefully Rod, Brennan and Magnus will train this week. They’ve all done most of pre-season so they’re not far behind at all.

“They’ll be frustrated they haven’t played in this one, but if they don’t play Saturday hopefully they’ll all be involved next week.”

Looking ahead to the weekend games against Hebburn and Workington, he told us: “Sometimes you play 45 minutes and then run the lads after it. You might as well get a ball out and be realistic, expose them to being tired and starting again after half-time. 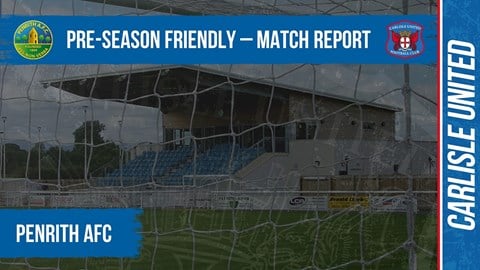 “Mentally and physically stopping and starting is an important part of pre-season, so a lot of the players will be looking forward to getting more minutes.

“We haven’t decided on the split for the weekend yet but hopefully it will be balanced out, there’ll be different reasons for doing it.

“It’s not our first Saturday we’ve been back in, but lads need to be exposed to more minutes. We want to play Workington, a local game, and Hebburn with Cedwyn Scott coming last year, and it’s important we play them properly.

“There’s nothing worse than lads just getting 45 minutes all the time, it becomes a wasted day at times. They’ll get minutes and we’ll start looking at things after Saturday, going into Chorley and Kendal, we’ll do things differently that way.”