Remote meeting via Zoom on 19 July.

Simon continued temporarily in his role as Chair for this meeting only.

With nobody coming forward as a candidate since the process was restarted, a method for choosing the Chair was discussed. Simon made it clear again that he would not continue in the role. He stressed the need for a single point of contact for CUSG between meetings. Terry suggested the role could be rotated amongst the groups for each meeting.  Nigel Clibbens supported this simple method.

The idea would be to reduce the chair role to its simplest form. The Chair role would be responsible for the six-week period prior to each meeting, starting with release of minutes from the previous meeting. This would include preparation of the agenda, and overseeing the production of minutes and any changes before publication. Any contact with the public and media would also be the responsibility of the group taking on the role.

TheCumbrians.net volunteered to take the first meeting, which was agreed by the group. A quick discussion was had about which groups/reps would want to take on the role. Simon offered to be a stand-by chair if the responsible group couldn’t fulfill the role. He also said the door should still be left open to a full-time candidate if somebody wanted to take it on. The members agreed any group could bring forward a candidate in future at any time. Any external candidate proposed would then be considered by a meeting of the group prior to any decision being made on an appointment. 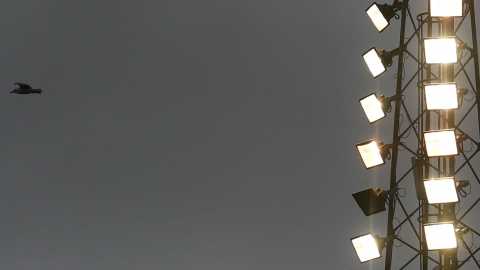 The club had circulated a document about latest news and developments from Brunton Park. No questions had been asked about this prior to the meeting.

Nigel explained a few points in more detail. The SAG review of the ground was now complete with a capacity of 17,030.

Nigel said that under the Step 4 COVID arrangements local authorities could still intervene in regard to capacities due to the local community situation. Vaccine passports were going to be introduced for night clubs, but this policy would also encompass ‘large venues’ inc. sports stadiums (although it hadn’t been picked up on by the media yet). It was not yet known if Brunton Park would come under this restriction, as the definition of ‘large’ was unconfirmed. The club were not expecting passports to come in until September at the earliest.

Season ticket sales now stood at 1,602. The club were still to finalise the method of distribution. CUOSC would offer help again if this was needed. Jim was liaising with Louise at the club on this matter.

There had been speculation that this Saturday’s friendly at home to Blackpool would have to be postponed due to a COVID outbreak in the Blackpool squad. However Nigel reported that Blackpool were keen to play.

The Sunset and McVities Bars on the west side would be open from 12.30pm and all the bars in the Pioneer Stand would be open too for the Blackpool game. Foxy’s still has space available. A full pre-match fan guide would be issued by the club on Thursday with full details.

The Sporting Inn/Murphy’s Bar refubishment was going well up to now. Painting work and lighting upgrades were complete. COVID has affected the preferred vinyl suppliers. The upholstery supplier was struggling to get material, although other options were available. CUOSC were asked to confirm how much they could commit from the Carlisle REUnited fund towards the total cost. Jim agreed to get a figure ready. Nigel said memorabilia could now also be installed by the CUSG at their convenience.

Terry asked a question about iFollow coverage of the Northampton game. It will not be streamed live despite the kick-off time being brought forward due to Article 48 of the FIFA rules about games being played at 2.45pm or later on a Saturday, live. Audio coverage was still available. The Carabao Cup tie v Sheff Utd will not be on iFollow due to EFL competition rules.

Dan was ready to go in to the ground with more items. Simon amd Dan to liaise on potential items to put up in bars as part of the refurbishment.

Nigel Davidson explained the rationale behind a new campaign, ‘My Club, My Shirt’ which he was leading in partnership with the club. CUOSC were also backing the initiative and he was opening it up to CUSG participation. It was a diversity and inclusivity project backed by the FSA and Kick It Out.

It consists of a photographic exhibition of supporters of clubs, which aims to promote diversity of support. Photos will be taken of fans in CUFC shirts of any vintage. FSA provide practical support and  funding for it. Cardiff City and AFC Wimbledon have already had exhibitions. CUFC and the Community Sports Trust were backing the project for the Carlisle community.

The club chaplain Alan Jones has been helping with contacts. Stephen Dunn at the Council has been liaising with key community groups. Photos will be taken of CUFC fans in London too. Fans would be asked to come forward to take part and community groups approached. Open to all. There is an available budget to cover photography and production costs. A professional photographer had been sourced within the London Branch.

The exhibition will be online initially and then hopefully hosted at Tullie House. Cumbria Pride have also offered to host photos. Ultimately it will become a permanent display at Brunton Park. It will be launched via the CUFC website with full details, and support articles in the News & Star by Ted Peskett and a follow-up by Jon Colman. Statements were ready to go out. Nigel D asked constituent groups to offer their support for the project.

Kendal friendly –  a bucket collection and a raffle with a signed football and shirt as prizes had been organised. Proceeds to go to George Melling, a former Kendal player with MND. Volunteers wanted on the day to help with it.

Prediction competition – Terry is helping to organise it.

CUOSC – running surgeries before Saturday matches if possible. Liaising with John Halpin for availability of the Study Centre.

Barry wants to continue using the Study Centre on match days as a meeting point for disabled supporters. Simon Clarkson asked if the centre could be opened up to other groups if they wanted to use it. CUOSC to confirm, but no objections raised by reps.

Pin badges marking 94/95 season to go on sale near Study Centre. Terry asked for help in selling them at the first home game of the season. CUOSC willing to sell in their surgery, too.

Simon has all his IT set up now. He has made contact made with other SLOs. He will be producing a regular article in the match day programme. Geoff Weston remains responsible for Meeters & Greeters. Matt Bond to cover the East Stand on match days. Six supporters are currently volunteering on the catering panel. Simon appealed for more people to come forward.

Waiting for formal grant and structural engineer to report on planned Warwick Road End platform. Drawings have been shown around CUSG groups. Private Facebook page is in preparation for the disabled group to chat online and share info.

Are in the process of putting together a questionnaire to members and all supporters about what their ideal football club looks like. This will help CUOSC in putting together a submission to the government review into football, as well as feeding into the Fair Game initiative which the club are now officially part of. AGM – doing voting online and no voting on the day. Questions expected as part of the post-AGM session. Invitation going out this year to all members not just those wanting to attend.

Are in the process of adopting the same diversity policy as the CUSG.

Have more memorabilia to distribute. The remaining £800 in the flags fund is being used to fund a large mural planned for a site opposite the club shop near the entrance to the ground from Warwick Road. Working with an artist on this. Could be done in time for the FC Halifax friendly. The design was being kept under wraps.

Click HERE to read the answers provided for the monthly questions.

Awaiting final prices for first away games. Vaccine passports expected to be an issue. Cambridge United – advice had been given by Keith to a new fans group there who are taking on away travel. Keith thanked Nigel D for putting him in touch with them.

A proposal had been received from a supporter for a ‘shirt amnesty’ to collect and distribute old CUFC shirts to disadvantaged people in UK and overseas. The groups supported the idea. Dan suggested a drop off point could be set up near the club shop and ticket office. Nigel agreed. It was agreed to sort and arrange. Club to sort a plan.

The club were planning the next fans’ football forum with football staff, for August. More details to come after liaison with CUSG.

Date of next meeting

September 6. To be chaired by a rep from TheCumbrians.net.