Thursday morning brought a return to training for manager Chris Beech and a small group of players as all eyes now turn from the period of Covid-19 isolation to Tuesday night’s trip to Newport, and a welcome return to football action.

CHARITY LIVE STREAM: I really am lost for words

Manager Chris Beech updated us on his plans for the next few days at his weekly virtual press conference.

“We all know now that the club shut down as the positive cases we had went into isolation for 10 days,” he explained. “We approached that situation correctly but we’re in a position now where we can start to work within the guidelines to pick things up.

“I’m taking training today with five players that have had the virus, and who are now beyond that 10-day requirement which, under EFL rules, makes them exempt from the need to test for the next 90 days.

“As the days and the hours grow forward towards Newport, we’ve got a full set of testing on Friday for everybody who was negative, including staff, and they have to come through that round of testing to suggest who’s available to train on Saturday in preparation to then get ready for Newport.”

On the players who tested positive, told us: “It’s strange, some have had completely no symptoms and, without this regular testing coming into place, I believe football clubs - and maybe even ours is included in this - will have had the virus in the building prior to the testing mechanisms being put in place. 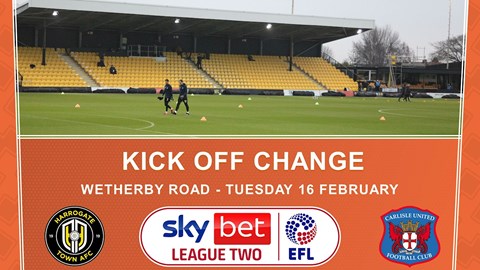 “A lot of the boys are actually positive with the virus and showing no symptoms. There are some, ironically some of the younger ones, that are suffering a little bit, but not to the point of needing a hospital situation.

“They’re ill, but not really ill. We’ll have to wait and see how they are when I can get my hands on them on the training ground. Until we get to that point, it’s hard to assess.

With the weather once again rearing its ugly head at the very point when the training facilities are needed most, he also confirmed that the arrival of the wind, hail, snow, rain and sleet had thrown up its own interesting set of challenges.

“We’ve had big discussions yesterday with the staff through WhatsApp groups,” he revealed. “We’re going to utilise our main pitch for training, and the Neil Centre in small groups.

“Like I say, I’ve got five players who can train today and tomorrow, we’ve got the set of testing for everybody that was negative, including myself, to make sure it puts us in a position to train everybody on Saturday – but then you have to consider that everybody won’t be available to train on Saturday because of the positive tests we had.

DIRECTOR OF FOOTBALL: Everything we do is success related

“Monday prior to Harrogate, and on the Thursday when we were advised to shut down, the numbers were definitely not creeping, they were doubling. The boys then went away on negative tests from us on Thursday, and individually tested.

“That again was the right thing to do, because they’d showed symptoms, and they picked up a positive test after we had all tested negative. They have to have a 10-day clearance before coming back to me, so it’s quite a complicated register.”

Looking back at another interesting, albeit football-free week, he commented: “I’ve used the isolation spell to try to get a bit fitter.

“I’ve been on my bike in the garage, trying my best not to start with a bacon and egg sandwich … obviously watched the Newport games on TV. I’ve been with the family, probably getting on their nerves, and making phone calls to make sure the acquisitions we’ve managed to get have happened, and just things like that.

“We’ve been making sure the boys are active at home. The ones that are negative and can train outside under Government guidance have done that, the ones that are positive had to stay inside. 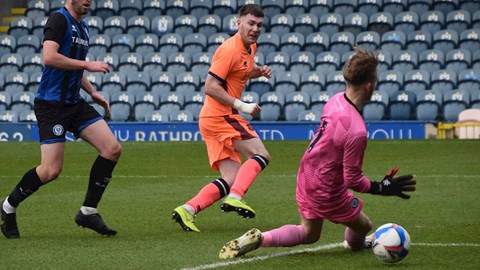 “On top of that we’ve had to organise where we’re going to train, because the snow has half surpassed and turned into floods.

“It’s just another challenge a Carlisle United manager has in terms of being ready to play a top team on the back end of not being able to play for so long.”

“Despite all of that the position we currently find ourselves in is exceptional,” he concluded. “What we’ve been doing has been exceptional. I think we’d won, prior to the other night’s games, the most games in the league.

“We have to continue to look to keep doing that, winning. It’s the key factor for the measurements of what you are, everything else is just camouflage – football’s about winning.

“How you go about that, within that, you’ve got development, different factors, but ultimately that’s what you’re judged on, you’ve got to understand that moving forwards. But we’re in an exceptional position, very well done to everybody and I can’t wait to be able to do it again very soon hopefully.”