Defender Morgan Feeney and striker Cedwyn Scott were the latest additions to the Brunton Park stable this week, and gaffer Chris Beech explained more at his weekly press conference as to what he thinks the pair will add to the squad. “They’re both young, ambitious, different spectrums from younger players,” he said. “Morgan captained Everton, great youth system, got in the England youth systems as well, just hasn’t quite got going yet as a professional footballer in terms of playing regular football, but I saw him play at 15-16 against Rochdale in a youth game I was in charge of.

“We actually beat Everton that day, but Morgan played and he was outstanding as a young player. I thought he had great attributes and from then on I kept an eye on him. When he became available it was great that we could get in contact and secure his services.

“Cedwyn has come a different way, had professional input with Huddersfield, but lost his way a little bit. He went to Scotland, played non-league football ,and with it being a local situation, the attributes he has on the pitch, the honesty - I thought in our current climate, where it’s amazing how you can have half your squad wiped out through Covid tests, you have to make sure you’re in a position where it doesn’t hurt us too much. Cedwyn wants to make an impression on professional football.” 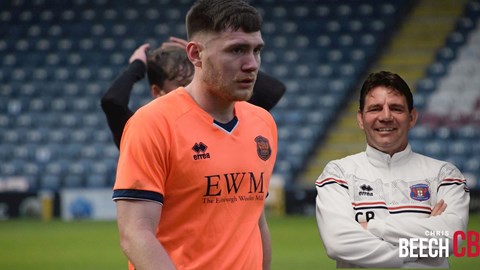 “Both have a real hunger to play,” he continued. “That’s the whole point of who we are and where they started. I often refer to it, but we have to understand where we started from.

“From seven players in the summer, the recruits from the previous January, and to grow it, from hunger and ambition, the two key words to every single player that’s in our squad, and every single player can represent us on a matchday, the most important days of the week.

“I just want to make sure every player joining us has those similar attributes. I watched the reaction to the signings when they were announced and Cedwyn even had his mates telling him to calm down a bit.

“He’s like he is because he’s so thankful of his opportunity. I think if you get someone like that you only get the best out of them. They’re so grateful and honoured to have an opportunity. I’m looking forward to seeing how he responds.

“Then you’ve got somebody else who’s come through a youth system of elite sport in youth football, captained the under-23s at Everton, played for England 16s to 20s. He’s coming from a different situation. 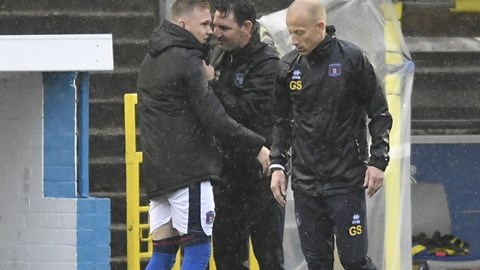 “He didn’t get the opportunity to be a Premier League footballer in terms of a professional playing for the first team, he left Everton to go to Sunderland, unfortunately picked up an injury that’s not really allowed that to get going.

“That’s why I think we find ourselves with Morgan Feeney in our door. Other than a great conversation I’ve had with him, to sell Carlisle to him. I feel he has to find his right place to make sure the next bit’s right for him.

“He had his injury but that happens to a lot of professional athletes in different sports. But with a good attitude and ability to overcome obstacles, which is everything you need in elite sport, I’m sure he’ll find his way, especially with the character he has.

“With that in mind, I’m sure he’ll get to where he needs to go. Physically he’s fit, strong, doesn’t carry weight, is a leader, and I’m sure he’ll find his niche and crack on. I’m sure that will happen.

“Are they both ready, we’ll see. We have a lot of hoops to jump through before we get to the Newport game on Tuesday, we’ll see where we are as we approach that game.”