It feels like an age since the Blues last had a game but there’s certainly never a dull moment, with a number of factors coming together to make life a test for Chris Beech, his staff and his players as they try to keep the positivity flowing through what is proving to be another unpredictable spell.

MANAGER: We were looking forward to playing a match

Looking at the situation from a very pragmatic point of view, manager Chris Beech said: “It depends who you speak to about momentum.

“People talk about it a lot, but there’s no actual measurement to what momentum is. All we can do is what we always do, and that’s prepare for the next opportunity.

“I agree that sometimes it is good to have a rest, but currently it’s very difficult because our training ground is out of bounds, because it was covered in snow and then it absolutely chucked it down for 24 hours, and we can’t train outside in local facilities because of the lockdown.

“That means the unbelievable support we get at Penrith Rugby Club is something we can’t use. I’d rather be playing games than training at the moment, to be honest with you.”

“Getting players ready is also a task,” he added. “We wanted a game against Blackburn to help to get Brennan Dickenson fit, but we lost that to Covid. Back in the day a manager would play you before you’d had a reserve game, because that’s how it was done then, and it looks like Brennan will get have to get fit by playing in games with the way things are going right now. 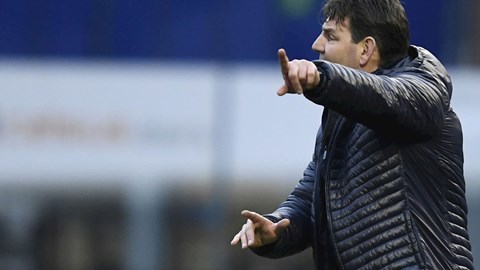 MANAGER: We had a return or three positive tests

“Everybody is trying to protect their own situations as much as they can and you read about Man City closing down their training ground, and places like that, so I have no doubt they’re spraying absolutely everything, getting temperature and Covid tested, and they have the finances to do what they do.

“You can even sleep at their training ground, but even they’ve closed that down for a period. It’s difficult to call in a favour to train somewhere at the moment because everybody is nervous about the virus situation.”

“We’re thankful of having the Neil Centre, it’s just you can only get eight people in there,” he explained. “That makes it difficult to get a sweat on, so you have to be thought provoking and stimulating in what you do.

“It reduces distance, tactics and you can’t do team shape and things like that. If the weather wasn’t as harsh it would be different, but it isn’t, so we have to get on with it and do our best to stick to our attributes.

“It’s a crazy time, it really is. I think we’re trying to squeeze in fixtures rather than pick fixtures for better times. People can see forecasts, and stuff like that, but it’s just the way it is.

“I think the EFL are trying to get the games in and, at the moment, the world just seems a bit crazy. You’ve got to try to ignore the background noise and, if you are due to play, get out there and do it to the best of your ability.

“I’ll be honest, it’s pretty horrendous with the current circumstances we’re working in. I’m at a low ebb now because I’m ready to fight for us. I’m ready to try to represent our decisions, our team, my players and staff in the best way we possibly can for this club.

“But things change on you unbelievably quickly. On Monday morning prior to training I’m thinking about who, from some very good players, I’m going to have to tell to not get changed for the Harrogate game because I have some big decisions to make.

“You get to the end of that same day and you’re left wondering who you can actually bring.”

A growing number of club officials, including managers, are beginning to suggest that it could be a time for a pause in the season, with things in so many areas constantly up in the air.

“I have a personal view, but that’s between me and my family,” he commented. “I’m so thankful of everybody who puts their lives on the line as they help others. I spend a lot of time in hospitals with Brandon, so I’m always very grateful to anybody who works in the NHS.

“They’re protecting people outside their own families, so well done to them. In terms of representing us as our manager, if I shared the last 12 hours with somebody – you might be making me a cup of tea and making sure I’m ok.

“Look, it is what it is and Football League are telling us to crack on. Nigel [Clibbens] is very supportive of games getting played, he has more know-how of that level of conversations within the Football League, and I’m basically doing as I’m told as our manager to make sure we represent ourselves to the best possible outcomes we can get from each game.

“If you’re a builder you want to turn your cement mixer on, get hold of your trowel and find your bricks, but if everybody keeps moving them, then asks you why you haven’t built the wall yet … yeah, that’s the kind of position you feel like you’re in, actually.

“But we’re also grateful that we can continue to do ours, but it poses some unbelievable situations for a football manager currently when all you want to do is get ready for a game. Situations are cropping up not just because of weather, not just because of floodlights, but we’ve got the coronavirus and so many other things affecting us too.

“It’s certainly been a testing 12 months. This year, it’s been a bit different with pre-season being so short. Amateur lads used to play Saturday-Tuesday-Thursday-Saturday when they got the chance, so you might see the football league doing that by the time this season pans out.”