The high-profile campaign led by England and Manchester United striker Marcus Rashford to feed Britain’s children has really caught the imagination of the public, with the Government encouraged to lend its backing through what have been troubled times for many families and individuals. 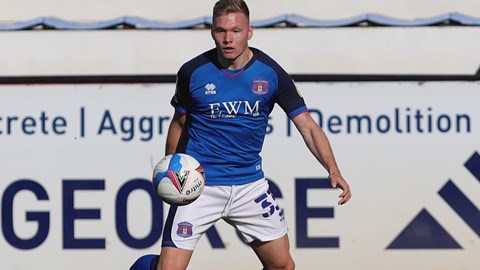 INTERVIEW: It feels great to be here

And, picking up on the theme, the Carlisle United squad have come together to do their bit for families in Carlisle who are feeling the impact of a particularly tough winter.

The first team squad, under the guidance of club captain Nick Anderton, will each bring in £20 worth of food each Monday for the next four weeks (just over £500 worth of goods), and club chaplain Alun Jones will then take over as he gets the items to some of those who need it most.

Director of football David Holdsworth explained how the idea had come about.

“I think we’ve all seen the drive to make sure that children and vulnerable families receive the help they need through this unprecedented set of circumstances that we’re all facing and we know that we have people within our community who are finding things difficult,” he said.

“I sat and thought about it, and I wanted to come up with a way where we could show that as people have been thinking about us, which they clearly have, we’re also thinking of them.

“Carlisle is an amazing place and if we can help, we will. I spoke to Chris [Beech] about an idea I had where we would ask the boys to bring in £20 of food items each Monday, and he was immediately on board with it.

“Nick Anderton was my next port of call and it came as no shock to find that he was extremely enthusiastic. He confirmed very quickly that the lads wanted to do it and that put us in a position where we could start to make it happen.”

“Obviously we have a very close relationship with our club chaplain, Alun Jones, and he has agreed to take charge of the distribution of the food packages the lads bring in,” he concluded. “Overall we think it’s just a nice way to give something back to our community with the relationship between the manager, the players, the club and its fans as strong as it’s ever been.

“I’d like to thank the players for their support of this scheme and Alun for the work he will do in getting the food to where it is most needed.” 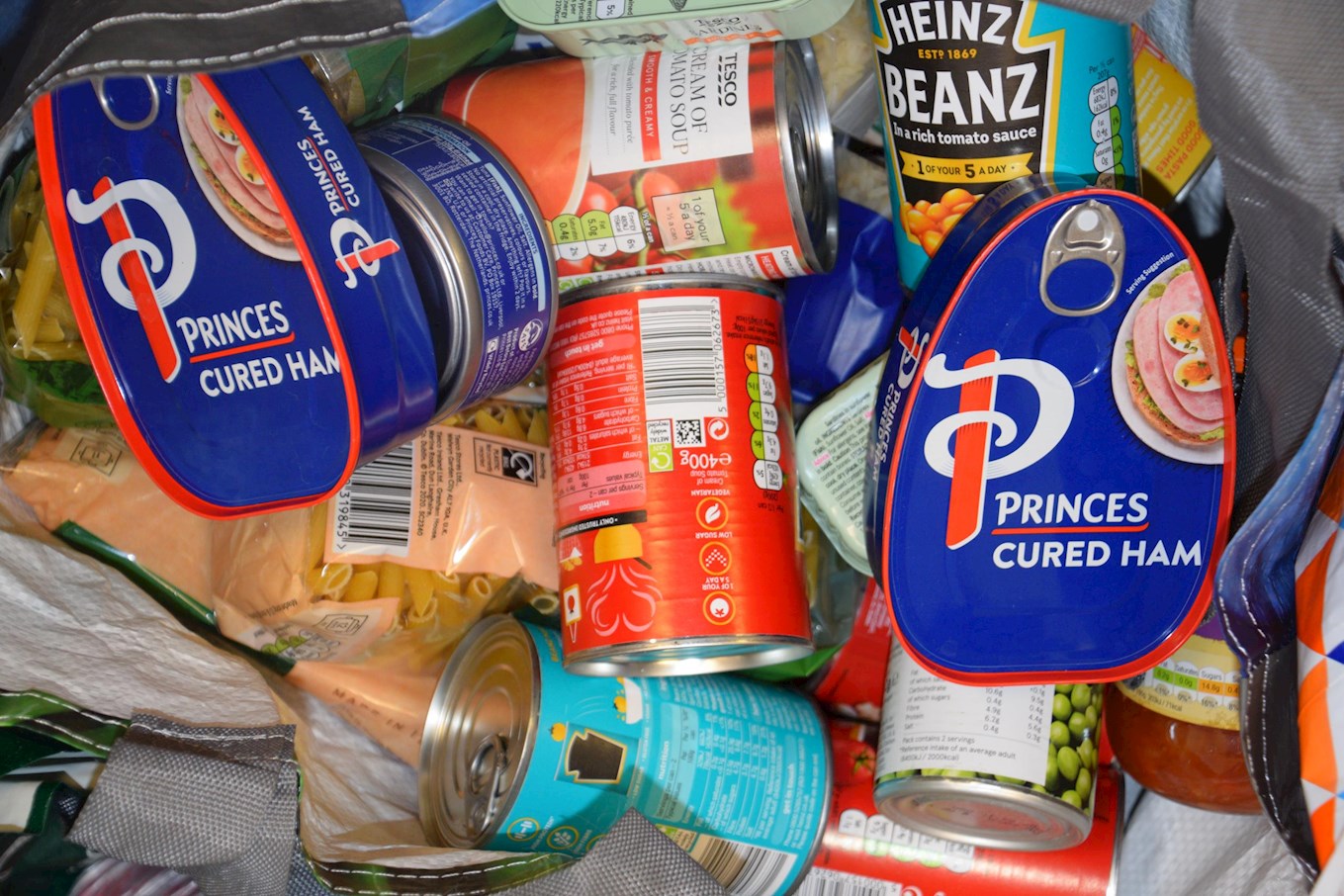 Alun Jones said: “I can’t put into words what it means for Carlisle United to have done this. I have to thank David because he has been really proactive in making sure that the club has reached out to me, as the club chaplain, over the past few years before I have even suggested or mentioned anything.

“It’s another example, as far as I’m concerned, of the genuine community spirit which is now an intrinsic part of this football club. It started to develop through the two big flood events we had, but it is stronger than ever at the moment.

“The club knew that I was running a project to help to feed the homeless [Community Chef Project – St Herbert’s Church], and to provide support for the vulnerable families in my area, and they’ve done this. It’s vital and welcome support, and we are all so grateful for it.”

Explaining more about where the Carlisle United food donations will go, he told us: “I had 100 people at my session on Sunday, and it’s sad for me to say that I’m meeting with a growing number of young families who, through no fault of their own, are struggling to keep their electricity and gas supplies active, let alone put food on the table.

“This food will be used for that, because we really do have people within our area who are struggling to feed themselves on a daily basis. The pandemic has had an impact because many of the young families we’re helping are where the parents are either furloughed, or released from their jobs, and that change in income has affected them deeply.

“In some cases the wait for Universal Credit means they have very little, and even when it comes it often proves to be inadequate for the needs of a family, be that heating, food, bills, whatever.

“Many families I know are now sitting at home with nothing in the fridge or cupboards and with the lights and heating off. We just need to help however we can and this will relieve some of the immediate pressure they face.”

“The generosity of the cub and its players is helping to feed people who haven’t got the means to do it for themselves at the moment,” he concluded. “As the club’s chaplain I’m very proud to witness a connection like this between the players and staff and the people they represent.

“The community spirit this club generates through things like this is not be underestimated, and it is certainly acknowledged by everybody I speak to. We have a fantastic group of people working and playing for Carlisle United, we’re all very proud of that fact, and it’s something we are all very grateful for.” 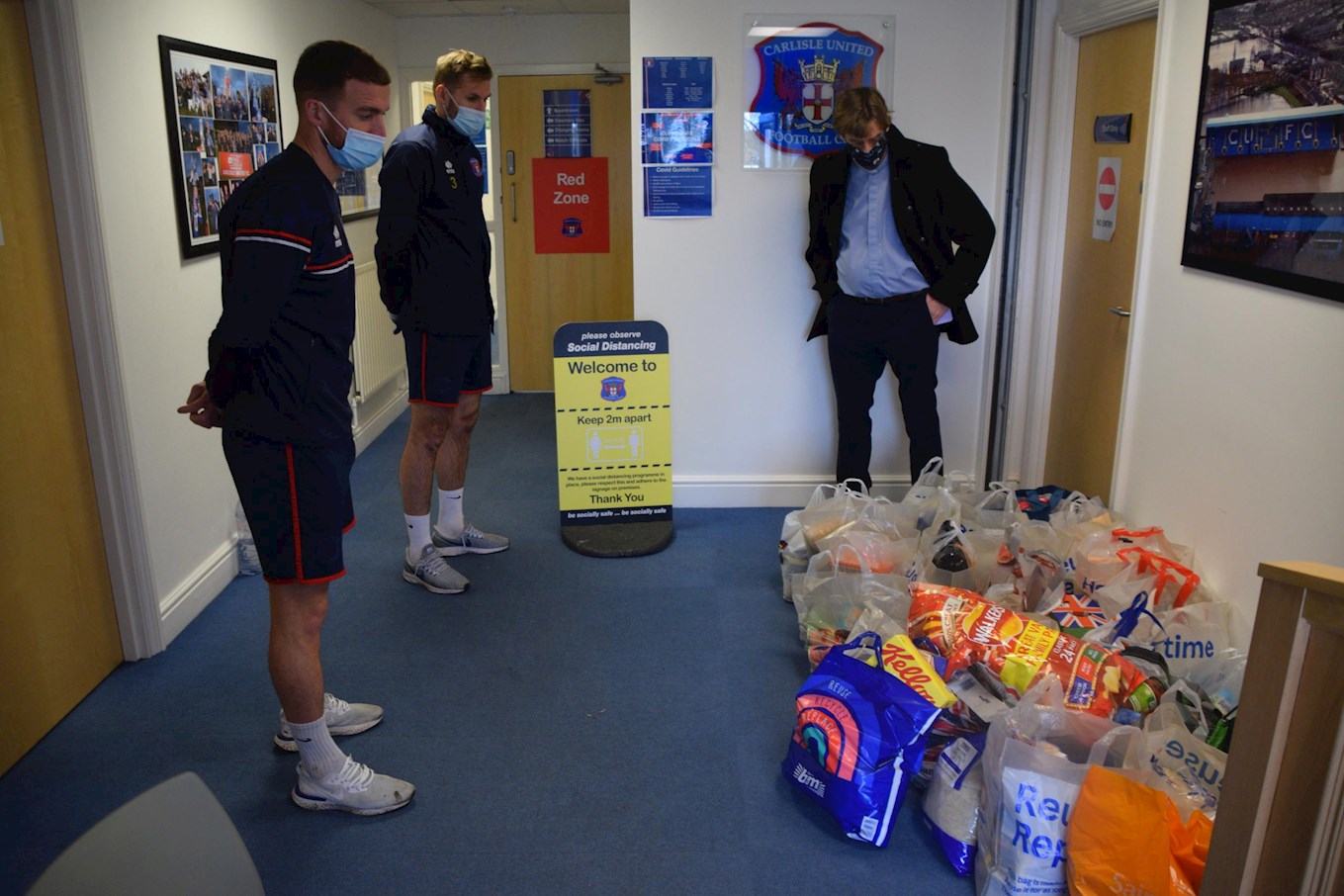 Captain Nick Anderton said: “As soon as we heard about this it was something all of the lads wanted to do. It’s a simple idea, but such a great way to help people within our local community.

“Speaking to Alun Jones about the number of people who are in real need at the moment was a huge eye opener. We can all be guilty of not thinking about things like this, but this has certainly helped us to focus on something that’s so important.

“We talk a lot about the community relationship we want to build, and when we got together in the summer we spoke about the real importance of that not just becoming empty words.

“It’s easy to say these things, but actions speak louder than words, and for us to be able to reach out in this way means a lot.

“Alun was overwhelmed when he saw the amount food we’d collected and we hope that it helps him to put smiles on faces for those who need it most in the coming days and weeks.” 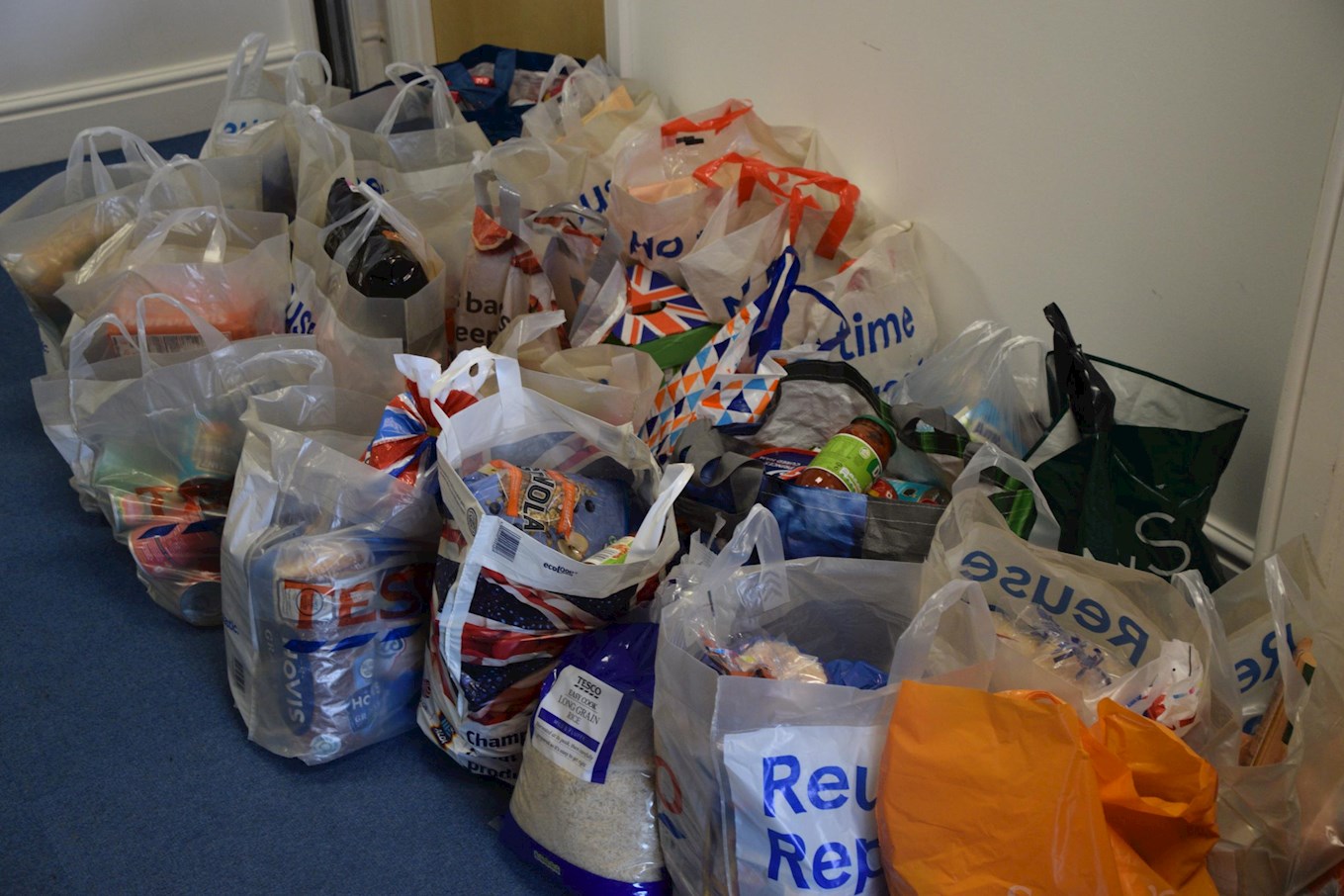