United’s reserve team have now won three of their four Central League Cup games following their home win over Rochdale on Wednesday afternoon, with just Fleetwood left to play art the end of this month as the Blues look to secure progression to the knock-out stages. 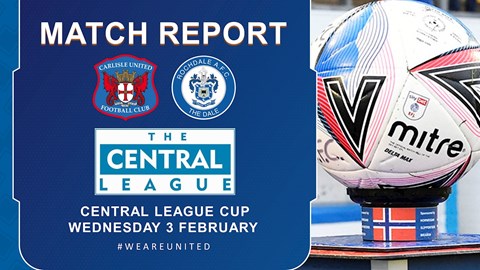 Assistant boss Gav Skelton gave us his thoughts on what was an entertaining encounter.

“It was a really enjoyable game,” he agreed. “It’s always nicer to win but we got lots from it once again. These reserve games are really productive and I’m really pleased with the result as well as the energy and performance.

“If we’re critical, at half-time we should have been four or five up. That was the frustrating thing. The way we pressed the ball forced them into a number of mistakes, with our energy, we retained the ball well and created some good chances.

“We have to give credit to the keeper, he’s made three or four good saves when we had opportunities to score.”

On the excellent attitude shown, he told us: “They are a good group, their attitude was excellent. Those involved for the first team on Tuesday night, Gime’s attitude was good, he performed really well, and it backs up his goal, so that kicks him on again. 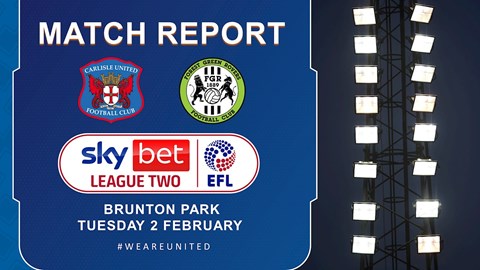 “Right through, their attitude’s excellent and they got a lot from it on fitness levels as well. It’s been a frustrating time for all the lads – it’s great in training but there’s nothing like playing a game. Hopefully they enjoyed it and hopefully they enjoyed the result.

“All of the lads will be better for getting the time. They need to play. You can’t replicate anything like a game. From a selfish side it’s also important they’re in the team because they bring on the younger players, so they can educate and talk to them on the pitch.

“You can coach as much as you like and hopefully it helps them, but you learn from players on the pitch, seeing the examples they set. Rod McDonald and Dean Furman are a good example of that for the younger players.

“Rod’s had a frustrating period and it’ll be a long time since he’s actually got on a grass pitch. To get on today is really good for him, he’ll feel better for it psychologically and fitness wise.”

“As footballers, you want to play football, play games,” he continued. “You’ve got to have something to aim at. Yeah, you want to be in the first team but sometimes it might be a reserve game, and it’s a game of football – we’re fortunate to get a game in with the weather.

“It showed in their attitude in how they applied themselves in the warm-up, started the game really well, had numerous opportunities to be well in front at half-time.

“And second half we kept those energy levels, that’s what we asked at half-time. The way we played with that energy forced them into mistakes. We try to replicate what the first team do. We don’t want to go away from what we do, we try to make the same challenges to the players as we do on Saturday and Tuesday.”

Striker Cedwyn Scott was another who stood out as he made his first appearance as a fully-fledged Blue.

“He did well to be fair to him, performed well, he’s getting to grips with full-time training again and the pressures of it, demands of it,” he told us. “He’ll be disappointed he didn’t score because he had opportunities to do so. But his work rate off the ball and the way he held it up at times was pleasing. “Back into full-time training, the demand of it, hopefully we can really push him on and get him up to speed as soon as possible.

“He might have wanted the penalty but only one person was taking that. Taylor wants to do well, he wants to be playing in the first team, he wants that responsibility. He’s starting to step up, he’s got to dominate that midfield area and make his mark.”

Included in the match day group were young professionals, and a smattering of first and second year scholars, who all played their part.

“These games are really important for those lads,” he confirmed. “They do have a good attitude in training but you do need something to train towards to keep the motivation and fitness levels.

“When you win any game of football you feel good about yourself, they’ll have enjoyed playing, winning and getting 90 minutes on grass.

“In terms of who plays, it’s always a balance. Some played minutes against Forest Green, some played on Saturday, different lads have been back at different times over the last couple of weeks with the amount of training they’ve done.

“Some lads did a lot of extra work on the pitch after the game to replicate what they missed out. You try to make sure everyone gets the same balance on what they need to do.

“We’re lucky to have the Neil Centre but it’s only a certain size and you’re only working over certain distances. To get out on a pitch today, run 60-70 yards, hit those longer passes, it’s vital.

“They’ll feel good for it, on a heavy pitch – we’re grateful to Penrith to get the game on, it’s good to have that relationship with Penrith Football Club.

“Having this venue got the lads out there and it’s realistic to where they want to be, to try and get into the first team and to get confidence from 90 minutes under their belt.”