The January transfer window officially creaks open tomorrow but with registration regulations in mind, manager Keith Millen confirmed this week that there won’t be any team sheet surprises come 3pm on Saturday afternoon. 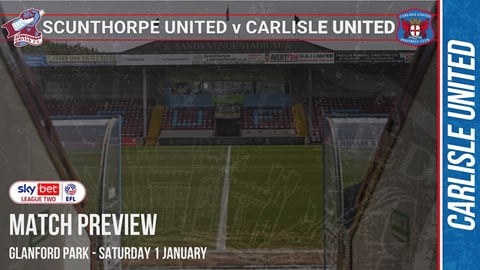 “We won’t have anyone new in the squad for the Scunthorpe game,” he confirmed. “You’d like to, but there isn’t time to do a deal before then so they could play.

“We’ve also got the Harrogate game on Tuesday and I don’t envisage anyone coming in to play in that.

“Maybe if they did come in they could be cup-tied anyway, so we’ve just got to focus on these next two games.

“I think things will happen in the next week, because one thing is for sure we’ll have a lot of fixtures to fit in.

“It won’t just be us, a lot of clubs are going to have a busy January leading into February, so the stronger I can get the squad the better we’ll be.”

Speaking again about the areas he wants to strengthen, he commented: “Anyone that I think we can get in the building that makes us better is what we’re looking at.

“It’s common knowledge that we haven’t scored enough goals, or created enough, so that’s the biggest part of the team I’ll be looking at.

“We want more people in the building who can score goals, that’s been our weakness all season, so that’s the main thing we’re trying to address.

“I’m not just going to bring players in to make the squad bigger, so they need to be players who are going to compete to get into our strongest team.” 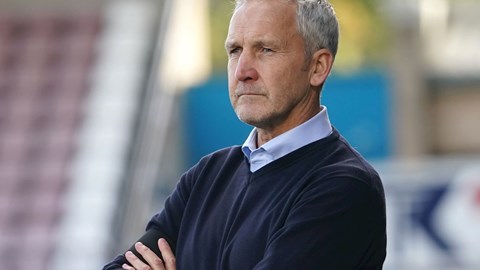 “They need to be fit and healthy, I won’t insist on them being jabbed or anything, but it might be handy if they were,” he joked. “I’ll certainly be asking the question!

“Hopefully the little break has worked for us in terms of getting those injured players nearer to playing, but only time will tell on whether we’re match ready come Saturday.”

And looking at specific areas where more bodies may be needed, he said: “The January transfer window is different to the summer window.

“During pre-season you’ve got much more time to structure your squad and you get time to work with the players you’ve brought in.

“January is very different, you bring players in and they’ve got to be fit and ready. With the way our fixtures are going to end up in January, we aren’t going to have a lot of training time, which isn’t an easy situation.

“The mentality of the group means they need to understand that when we bring players in it’s to try and strengthen what we’re trying to do.

“We need to improve because the league table doesn’t lie, so I’ve got to bring players in to make us better and give us more competition for places. Once we do that we’ll be fine.

“Since I’ve been at the club there have been good signs, so if we can bring players in to help us I’ve got no worries that it will make us stronger.

“We’ve got a lot of games coming up, so the teams with strength in depth will kick on, and that’s what I want us to do.”

“As for the players already here, I would hope they’ve been trying to impress me from the day I walked in here,” he added. “That’s what I’ve asked of them, and they’ve done that.

“I’ve got no complaints with the squad, but I am trying to strengthen it, because we need to. I’ve known from pretty early on where I felt we needed to strengthen.

“The injuries and illnesses haven’t really changed our longer-term view of the squad. The players we bring in need to get up and running very quickly, but I’m not looking to bring players in to fill in gaps because of short-term injuries or illnesses. It’s more of a long-term view.”

Asking again about interest in our players from other clubs, he countered: “We’ve had phone calls about players, but that’s pretty standard. 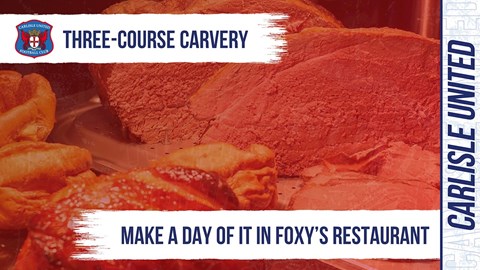 “That’s what we all do and it’s the way things work in January. I’m not expecting to lose anyone that I want to keep.

“I’m under no pressure from the board to sell anyone, they recognise where we are as a club and they’ve given me their backing to bring players in.”

“I’ve also had no conversation with any player asking to leave,” he told us. “Hopefully they’re enjoying what we’re trying to do here.

“There may be some loans going out, depending on what we bring in, so that’s something we will look at.

“If the squad gets too big I will look at the loan market for some of our younger players. If they aren’t getting game time with us in the first team, it’s important they get it somewhere else.

“At the moment they’re very much involved in what we’re doing. If we do bring some new players in, I might take another look at it.”

The final word was on the situation with keeper Mark Howard, who comes to the end of his current contract term in the middle of January.

“We’re still talking and negotiating, and hopefully we’ll get something sorted as soon as possible.”