Thursday afternoon’s regular pre-match press conference brought with it a further injury update as manager Keith Millen continues his preparations for the weekend trip to Stevenage.

“The long-term injuries are still weeks away,” he said. “Zach Clough is still weeks away. It was hopefully a good decision to bring Callum [Guy] off when we did on Tuesday.

“He’ll travel with us, so it will be the same squad that we had on Tuesday. We looked after a few today [Thursday], so I’m hoping the same squad will be fit.

“Callum is better than I was expecting, I’ve got to be honest. He wanted to carry on, to be fair to him. He’s playing really well, like a real captain at the moment.

“I didn’t want to take him off, but also thought, if he carried on and there was something there, it could end up being weeks and I can’t afford to lose him for a period of time.

“It was the right decision to bring him off. It looks like we’ve settled it down quickly. Today was more precautionary; we’ve still got 48-hours before the game. There was no need for any risk – I’m confident he’ll be ok for Saturday.” 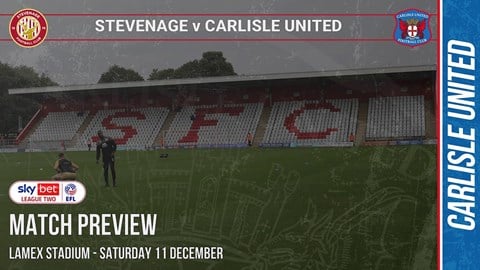 With another busy period incoming, he also spoke about the need to keep players fit and raring to go.

“Having too many players injured isn’t ideal,” he agreed. “But we’re ok for Saturday. I’m hoping maybe Zach and maybe Joe might be back around the Christmas period, the busy period.

“That would be the best-case scenario really that I might have a couple back for that. After Saturday we’ve got a free week, for a couple of weeks, which gives us a little bit of time to recharge the batteries, and hopefully in two weeks we might get a couple back.”

With Tuesday night having seen another performance that went unrewarded, we wondered if the mood around the group had been affected.

“It’s very much a positive environment,” he said. “There was a lot of disappointment on Tuesday. We had a long journey home, so you’re getting home quite late.

“They were off yesterday, and today I had a meeting with them, and purposely set it up in a way that got them quite lively and talking and discussing things, rather than just me standing there and talking.

“I threw it back on them a little bit this morning to discuss things about how we can improve, in terms of scoring goals. They’re in good spirits and they’re looking forward to the game.

“We know we’ve done enough in games to have got more wins and points, and that’s been the case ever since I got here. That’s what has been frustrating for us.

“I’ve said before that Northampton wasn’t us, but I’ve put that one to bed. I’ve seen an improvement after that in a lot of different ways, without a doubt. You can see in the dressing room that there’s belief in what we’re doing, so collectively we’ve got to find the way to unlock that final bit. 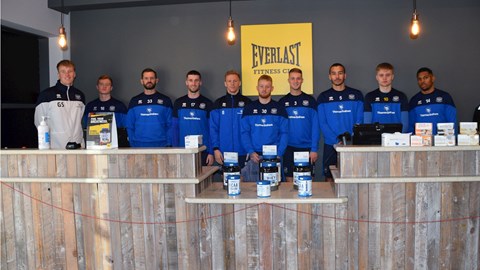 FITNESS PARTNER: It’s great that they can help us out and we can help them out.

“The forwards obviously need to score, the wingers need to deliver with quality, and the midfielders, when they shoot - do they really believe they can score or are they doing it because it feels like they should at the time.

“And set-pieces haven’t been good enough all season. We’ve had one goal from that type of situation, and that’s not good enough. That’s something that I have to look at for us to work on, but the only problem at the moment is that we’re not getting a lot of time on the training field.

“That’s the problem you have with all the games coming thick and fast, so it’s about doing little things, sometimes even in meetings, that you can concentrate on and highlight to try and make things better.

“I’ve told the players that they don’t need me to tell them they’re doing a lot of good things, they know that already, which is good. It means we have a structure and a base to build from, and we know we’re in quite a good place in terms of how we compete.

“It’s just the final little bit of the jigsaw that everyone wants, and that’s scoring the goals to go with it. There is a confidence there, but we also understand what we’ve got to do. Whatever I can think of to try to change things to get the momentum, I’ll do it.

“They’re in a good place because I think people can see we’re doing a lot of good things, and we’re constantly trying to change things. That gives you something to fall back on when you lose a game.

“All that aside, I now how important it is to start adding three points to that, and we’ll go to Stevenage on Saturday looking to do that.”