It must have been mentioned a thousand times in all of the interviews we’ve done this summer that the return of fans is one of the best things about the kick-off to the new campaign. 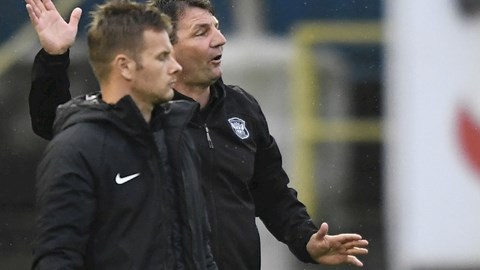 Tinny sounding echoes as managers, players and staff conducted their business in empty stadiums through the bulk of last season have given way to cheers, claps, roars and even the odd song in pre-season, and it’s all about to go up an octave or 50 when the players take to the pitch to face Colchester.

We spoke to Chris Beech about what it will mean to have the Blue Army and their backing in full-flow once again.

“I’ve got my hair cut, as you can see, that’s how excited I am!” he said. “I spent a tenner on that, perhaps should have spent a bit more … anyway, I’m very excited, and so conscious of the fact the supporters have been patient across the land, and ours have been with ourselves.

“We’ve mentioned last year’s first half of the season a number of times, we were one of the trial clubs for support, and it was brilliant playing in front of people. I know the Carlisle supporters will be very excited about the forthcoming season, as we are.

“We just want to unite that. We are Carlisle United. We want that real energy, honesty and hard work in our performances, and hopefully share some great experiences here at our ground.” 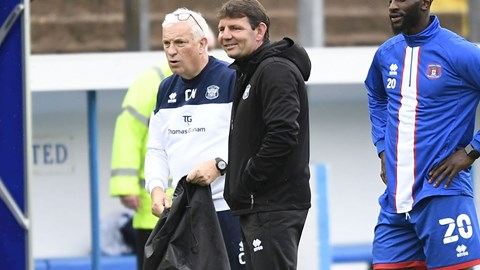 “I’ve said this before a few times, there’s a couple of things that’ll be really good,” he added. “One, fans back in to see what’s really going on, first-hand, because it’s far different watching live football than what it is on iFollow.

“The other thing is the players will be grateful they won’t be able to hear me as clear and often as last season. And what will be really good is players responding to those goosebump moments of having supporters there to support.

“I’m not the best dancer in the world but if you go to a party with no music and then jump on that dancefloor, it’s very hard to respond and feel part of. It’s the same for a footballer.

“We want that connection, we’re very respectful of our community, but ultimately we’re a football club and want to represent that three-point feeling.”

And with a direct message for the returning fans, he commented: “They’ve been brilliant. Just thank you for your support and we’ll do our utmost to represent you, and our families and friends. 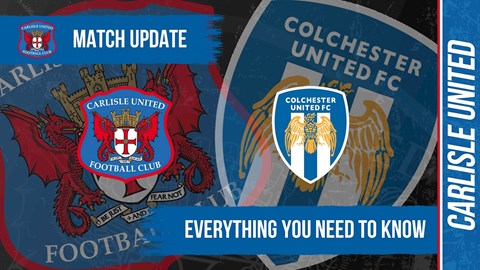 “We understand how important it is to you guys, and the enjoyment of being connected. We’ve got to make sure we represent all those positive values and do our best.

“I know they’ll be right behind us, win, lose or draw, representing some great, committed values, but ultimately we are in the business of football. The stock market value is three points, and we want to win for them.

“Together we want to see great goals and football elements of course, that’s what we’re here to do, but sharing it, that’s even better. I enjoyed the home friendlies, they were good, but of course there’ll be a few more numbers on Saturday and we just want to make sure we connect and do our best to represent the community.

“I was really proud of our home record last season and we want to replicate that and, if anything, try and better it. That will be difficult, there are no guarantees, we’re back at the start line again, but we’ve got to work hard to enhance the position we had.”

And with the Thursday evening ticket sales heading towards 4,500, a bumper crowd is expected as the home fans look forward to their return.

“I thank them for coming and for that support, and the early interest in tickets is unbelievable,” he told us. “We’ve had some good evenings here, some good performances, that we haven’t been able to share with them.

“It will be a massive occasion for them to come back on Saturday. We don’t take anything for granted and we try our best to represent their feelings and thoughts in the way we express ourselves as footballers. 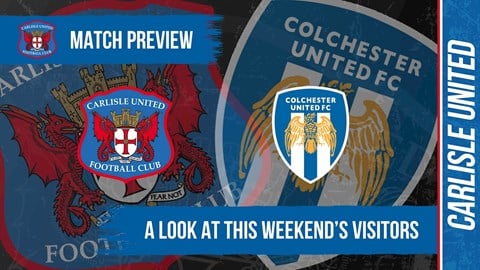 “To be here and share it with us, I’m thankful of that. We want to make sure we represent everybody’s energy and optimism.

“Whatever the crowd numbers it’s a big occasion, because it’s what we’ve all waited for. People tend to handle it in different ways because we are all different.

“I tended to do better on the bigger occasion. In terms of being in that tunnel and getting ready, the goosebumps will be on the arms, adrenaline will be running, but you have to make sure you think cleanly in that and stay in control. If you do that you’ll perform to the best of your abilities.

“The emotion of it can spur you on, but you have to deal with it. When you walk out and hear the support behind you it only makes you even stronger. We have to enhance those shouts, feelings, supports, and make sure it takes us to another place.”

And on the return of the banter from the Paddock, he said: “I enjoy it, I really do. It’s a working men’s sport, we shouldn’t forget that, it’s a lot different at the higher echelons of football now.

“Some places you won’t hear and interact with any sort of player, or anything like that. But here it’s brilliant, very interactive, and it’s great having the difference within that.

“It’s all about opinions, but ultimately we want to control all those opinions and the only way you can do that is by winning games. So we want to win.”