We spoke to assistant boss Gav Skelton at the start of what is another busy week to get his thoughts on the Carabao Cup first-round meeting with Sheffield United at Bramall Lane. 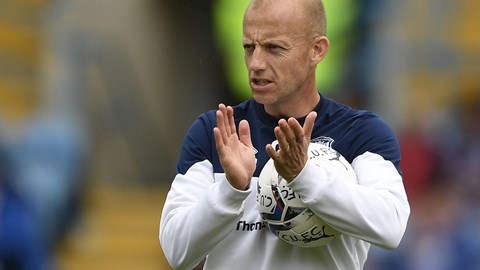 “I think when the draw came out you could see that it was a good one even though it’s probably the toughest game we could have got,” he said. “They’ve got a Premier League ground and a Premier League team, they’re a club with great history, they’ve just came down and they’ve kept a lot of their squad together.

“I was there for an under-23 game at the end of last season and you forget how impressive the ground is. They’ve probably got three starting teams who could do a job every week, so that’s what we’re up against.

“We’re really excited about it, we’re looking forward to it and we want to go there and get a result which will get us through to the next round. You look at their starting 11 from Saturday, and their bench, then the ones who didn’t even make their squad, and you can see how strong they are.

“We obviously don’t know what team they’ll play but they’ve probably got 25 to 30 players who could be involved and who all have Premier League and international experience. It’s a good draw for us, but we’re not going for a day out, we’re going to try and progress.”

“Going to a ground like that will give everyone a lift, staff, players and fans,” he continued. “We’ll focus on the game and try to progress, but we’re all excited because that’s the sort of level we all want to be at. 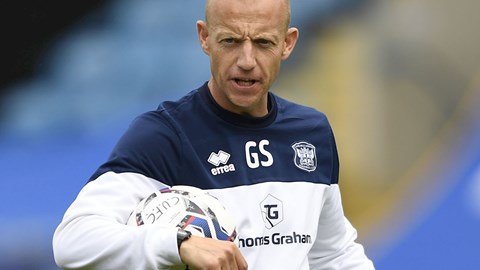 INTERVIEW: It's an industry that moves on

“It will be brilliant to have away fans back with us as well. I think we’ve sold close to 500 tickets, a lot of the lads who are here won’t have seen our away support. We always take good numbers despite the distances they have to travel and I’m sure they’ll make plenty of noise.

“I think a few of the lads will get a surprise about how good our away fans are. We’ll get a lift from it and hopefully we can put a performance on where they get right behind us which gives the lads another lift, it all goes hand-in-hand.”

And despite the level of opposition, he confirmed that a place in the hat for round two is a definite aim.

“We want to win it, of course we do, and whatever team we send out will be aiming to do that for us,” he confirmed. “It gives you confidence if you’re winning, but if you’re being honest it doesn’t really have too much bearing on your league fixtures.

“There’s no real consistency to that because every game is different. We’d love to grab the headlines by beating them, and we’ll want to do that, but that’s because the aim is to be in the draw for the second round.”