Striker Josh Kayode ended his eleven-game injury exile on Tuesday night when he came off the bench in the closing stages of the away draw at Newport, replacing Ozzy Zanzala as the Blues pushed for the winner they felt they deserved.

But manager Chris Beech revealed that a meaningful conversation was needed to make sure the young forward was in the right frame of mind, with the ankle injury picked up in the March game at Morecambe having caused so much frustration.

“We had one of those manager-player conversations on Monday, and JJ was more suggestive that he felt he’d be ready for Saturday rather than Tuesday,” he explained. “But we had a good discussion, we negotiated a 20-25 minute window for Newport, but in the end the lads were doing ever so well so I delayed the timing of putting him on.

“Having him available again also puts pressure on the players who are playing, because they know somebody else is now there and raring to go. Also, from an opposition point of view, they know we have him back as well. 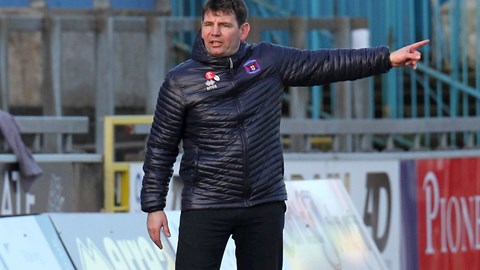 “He’s another attacking threat that we can use, and it makes other teams more wary. He was good after training on Monday and he felt more confident on Tuesday morning, so we took him along with us.

“Unfortunately you can only name 18 so it means others step back. Cedwyn Scott doesn’t travel and Taylor Charters doesn’t make the bench. That kind of thing will always cause discussion, there’ll be some debate somewhere about something.

“That’s not my job. My job is to get us right to try and win a game. That’s all I ever try and do. That’s why I’ll make decisions based on what I think will best serve our three points.

“The more players available, the more players we should see doing everything they can to be involved. Healthy competition is what you want, and hopefully JJ will add to that for us.”