Defender Jack Armer turns 20 on Friday, and he gave himself the perfect start to his birthday week at Holker Street when he pounced with just three minutes on the clock to register his first ever professional goal when he connected with a Callum Guy corner with an unstoppable header. 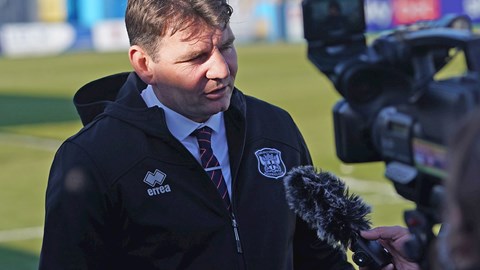 Speaking about the milestone for the young defender, boss Chris Beech said: “I don’t think he knew what to do after he scored it!

“It was a great goal, and it’s important we carry on scoring goals from free play and in set play situations.

“It was such a good finish I’m just disappointed the goal wasn’t worth more. It was a great header, a good move, and it’s just a shame it wasn’t part of three points for him.”

And for corner specialist Callum Guy, it was assist number 12 having whipped another great delivery into the mix.

“If you look at it, we looked a bit jaded, if I’m being honest,” the manager commented. “You’re thinking do you make changes where you’ve got people who can deliver like that.

“Callum’s been excellent for us, as have all the lads. They’ve given everything for what we’re trying to do.

“It’s alright people ignoring this fact of what we’ve been through since Christmas, put in a position to play Saturday-Tuesday-Saturday all the time, but we don’t get the in between bit where we have a few days to rest. 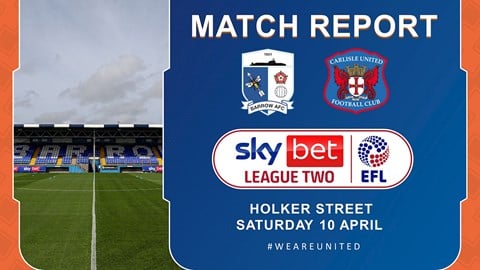 “The boys are going right at it, they’ve had to deal with the psychology of not getting what they wanted in that period of getting their stats up, the physical fitness.

“They’ve taken stick off the outside situations and media situations, that enhances fans’ opinions, and they’ve come back and said - no we want to try and do something. I think they’ve done that in recent games.”

The equaliser on Saturday came from hard-working Ozzy Zanzala, who took his tally to five for the season when he scored from the spot, having been upended by James Jones with just over 10 minutes left to play.

“I’ve spoken to Ozzy because I’m pleased he put the penalty away and disappointed he didn’t get more shots off in free play,” he told us. “One thing we can say is that he’s a real handful.

“We did try to upskill in January but we didn’t play after that, but that is what it is now. We have to attack the seven games we have left. 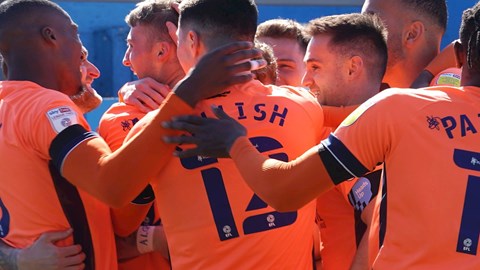 “Ozzy definitely has the mentality for that. I saw him take the ball for the penalty and I leave things like that for the players to sort. I’m sure Lewi and Ozzy were both fine with it.

“Again, being honest, he didn’t look like he’d get a goal on Saturday, but he’s got the confidence to do what he’s gone and done, score our equaliser from the spot. He didn’t get that space in the box, wasn’t quite lively like he has been, but he’s been brilliant, as have all the lads.

“The way we want to play is to get our attacking players to take players on. I want our full backs to get forward in the last third and produce crosses. I want my midfielders to get the foot on the ball and pass forwards, not backwards.

“It’s ironic that it’s against my will that we’ve passed back and conceded in the way we have, rather than attack forwards down the line. Footballers have to make the decisions in the games and that’s another one. But Ozzy was confident he’d score, and he did.”