A standout factor behind United’s Tuesday evening home win was the determination to keep going, even after a number of very good chances to take the lead had been missed. 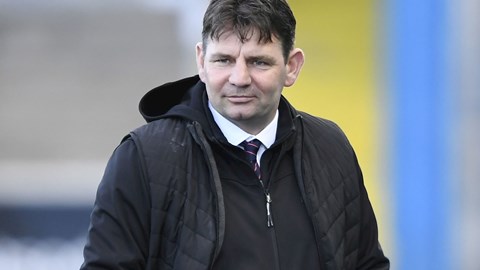 MANAGER: Let's not get too high or too low

The attacking momentum was relentless, and the Blues eventually got their reward when Jon Mellish found the back of the net twice within the space of three minutes.

Boss Chris Beech spoke to us after the game about how the players are coming to terms with managing games, and situations within games, through what is a relatively new experience for much of the group.

“I’m very proud of this group of players because they’re representing their community so well,” he told us. “Dealing with it when it’s not going as you want it to is part of that.

“It’s about keeping on top of your anxiety and agitation. Not getting frustrated is a new skill they have to take on board, they’re a young group, and they need to learn how to manage moments in games to make sure they get what they really want at the end of it.

“Everybody was agitated, including me, because we felt we should have had a penalty when Ozzy got pushed in the back, just as he was about to head it in from five or six yards out.

“I told them that these things happen and that if they kept going they’d get their rewards. We’d had some good chances, I don’t know how we didn’t score before we did, but you have to try your best not to get too excitable about it all.” 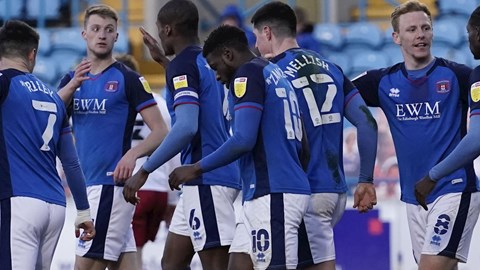 “Yes, you want to win the game, and we all know what we’re trying to achieve,” he added. “We’re looking to achieve something together, and it’s a massive effort from everybody to try to get there, it really is.

“Like I say, I won’t go on too much, but we did get hit from a great height from outside factors. To recover from that, and listen and hear all the vibe around that, and not use it as any excuse to allow the season to drift away, that’s commendable.”

And he admitted that sometimes it can be a test for even the most experienced to maintain the required levels of patience.

“I’ll be honest, on Tuesday night I was going to make a change after 10 minutes because we weren’t getting what we wanted, and we were at home,” he said. “Gime Toure had played well on Saturday, so we were looking at what we needed to do to win the game.

“Within that, and part of making these decision about substitutions, the supporters need to understand that we can be playing well, but then concede from a corner, so you need players on the pitch who can mark and do a job in those situations.

“I decided against the early change and thankfully we got to where we needed to be. That shows that the staff need patience, as well as the players and everybody else, because we can all be in a rush to see things happen.

“That’s just natural. So we’ll always consider things, and discuss things, and hopefully more often than not the final decision will have been made for good reasons and we’ll get the outcome we want, as we did against Scunthorpe.”