Saturday afternoon brought a rehab session along the side of the pitch for defender Rhys Bennett ahead of kick off, as he continues to work hard to recover from an injury picked up in March, after the home game against Leyton Orient. 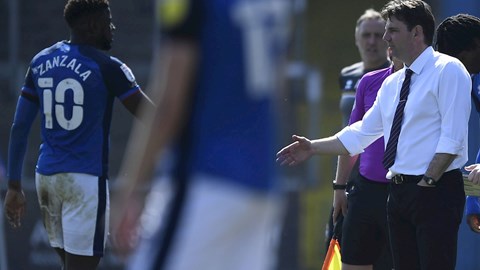 “We should see them before the end of the season – Rhys lives near Bolton so he’s probably trying his best to get in the team for Tuesday, but he’s got no chance.

“Morgan has been up to almost sprinting speed, so that’s great to see. We’re just starting to get the football out properly with him, so with a bit of luck he’ll be joining in soon.”