With the team heading off on their final away trip of the campaign this morning we spoke to assistant manager Gav Skelton about how the team might approach the remaining fixtures. 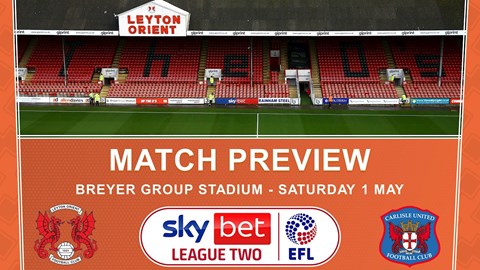 MATCH PREVIEW: Orient away at the weekend

“We talked about it on the bus after the Cheltenham game on Tuesday night,” he said. “Orient are a point behind us and we want to finish as high up the league as we can.

“We want to be in that top half, win the last two games and take that momentum into next season. Within an hour or so of the journey we were thinking about Orient, what team we’re going to pick, and how we were going to approach that.

“The players won’t be allowed to step off it at all. It’s our job to make sure they continue to do things properly. They’re professional players, and they have to get over their disappointment. We can’t have any hangover. We want to finish high up the league and we’re determined to do that.”

Having seen first-hand the celebrations that Cheltenham and Bournemouth enjoyed on Tuesday and Wednesday, he added: “The disappointment we all feel isn’t nice, but it’s no different to what the fans are going through.

“When the scores came through on Tuesday I know we’ll all have had the same sinking feeling, because we wanted to take it all the way. It flashes through your mind that we should have done that, we should have won that one.

“We haven’t, we didn’t, so we have to accept that, learn and move on and make sure it doesn’t happen again. You start to pick yourselves up the very next day, I think. 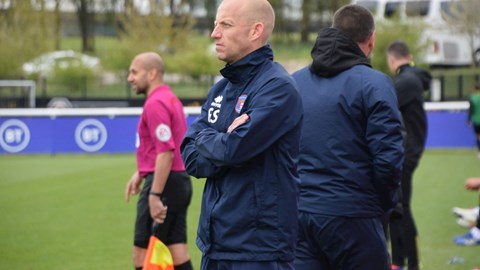 CENTRAL LEAGUE CUP: The boys showed pride in the badge

“You dwell on things when you’re younger, but dwelling probably doesn’t do a lot of good. You have to learn from it and move on. No-one really feels sorry for you in the big picture. You just have to crack on and make sure you achieve more.

“Saying all of that is just word, and that’s cheap. It’s actions that matters. I feel in the club we’ve got a good, solid base to go and achieve that. Cheltenham have been together two years and they’ve got a good, strong core.

“Hopefully we’ve got a good strong core and can go again next year and learn. We’ve shown certain things, more things we have improved over the season as a team and club, and I saw that commitment again today.

“We’ve had to watch others celebrate this time but that’s football, isn’t it. You see other teams celebrating and you know that’s what you want to be doing. You know you’re really fortunate to be working in football but it’s the success that you want for the effort you put in.

“The tough periods, the hard periods, it’s about getting to the point where you’re winning silverware. There’s nothing outside football that gives you the feelings you get when you win something, it’s unique, and that’s what we want for this club.”