It was a disappointing day at the office for the young Blues on Saturday as they struggled to get going, and they suffered a defeat because of it as Fleetwood snatched the winner with their only shot on target of the game. 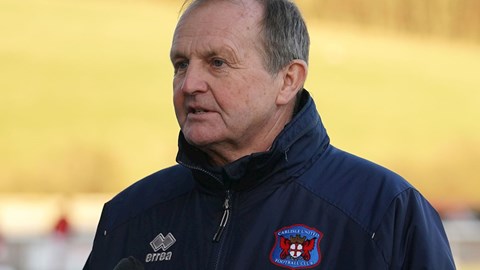 YOUTH: It's been an encouraging start

“The performance at Preston last week was more than acceptable and the quality of football in that game was top class, but I can’t say that about the game against Fleetwood,” academy boss Eric Kinder said. “Both sides were scrappy but I’m not interested in Fleetwood.

“We didn’t look to press the ball and we didn’t look like we had any enthusiasm or we were ready for the game.

“The first half was really poor and you’re looking at it and thinking it can’t get any worse than that, but unfortunately it did. That’s what you get with a young team, they’re young boys growing up and you’re going to get different performances, but Saturday was unacceptable for a lot of reasons.”

“We can’t complain about the result,” he continued. “But saying that they had one shot which was deflected and went in, so there’s no fault on Scott [Simons] in goal. We had four or five really good chances but didn’t take them.

“We’ve started the season against the two sides I think will be up there at the end of the season and we’ve lost both by one goal. People were saying after the game that it doesn’t seem too bad when you look at it like that, but the manner of the performance was poor.

“There weren’t many positives to take out of it with the exception of Dylan Garvey when he came on and made an impact, and Sam Fishburn who gave us an out ball up top. We need to improve.”

“Like I said, with young players you get ups and downs, but they need to know what it’s all about,” he continued. “I said to them after the game that it was like watching an U16 game on a Sunday morning at Frenchfields. 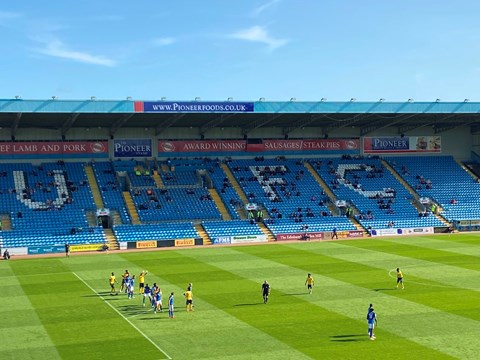 “It was like they just wanted to turn up and play then go home and get ready for school the next day. At that level it doesn’t matter as much if they play well or not, this is completely different now.

“They’ve got to learn fast. I’ve said that the first years have settled in really well, but Saturday was the first time it looked too hard for them. Football is hard, it’s ok going to school and training twice a week and having fun.

“This is different, it’s still got to be fun, but this is work now. If they want to make a career as a footballer it’s got to be the be all and end all for them.

“We’re here to help them with that, we want to develop them and make them better players and better people. We need to give them a better understanding of what life is like when you’re working for a living.

“They’re working for a living playing football, it’s a great job, and they need to make sure they don’t throw it away. There are little things they need to learn besides what goes on while they’re on the pitch, and everything off the pitch was wrong on Saturday as well.

“That’s for me to put right, and it’s the first time I’ve seen it, maybe it’s a good thing that it’s come early so we can stamp it out straight away.”

Next up for United is another home game, this time against Blackpool on Saturday morning.