The under-18s were at Preston at the weekend and they more than played their part in what turned out to be an excellent game of football. 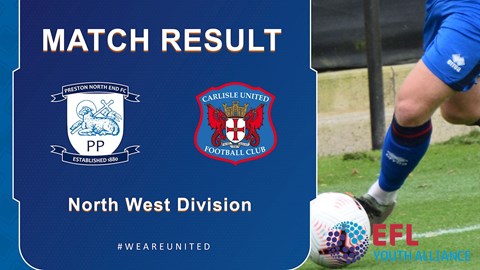 YOUTH: Result from the Preston away game

We spoke to youth boss Eric Kinder to get his thoughts on the game.

“The match on Saturday was a good game and it was a credit to youth football,” he said. “It was played at a high tempo between two decent sides on the day.

"We all know that Preston and Fleetwood are the benchmark in our league. Preston are a Championship club who are going to attract decent players, but it was a really entertaining game.

“We had our chances and didn’t take them, so it was always going to be about who was going to make the mistake, and unfortunately it was us.

"It was very even in terms of chances created, but looking back they had two really good chances early on which both went wide. We had a couple of half chances in the first half, but I’d rather have had their chances than ours.

"The game went by so fast and generally that only happens when it’s a good game and everybody is enjoying watching it."

“I had a bit of a go at the lads after the game because I didn’t think we’d played to 100% capacity," he continued. "If we’d stepped it up a little bit the game was there to be won.

"It seemed to be we just wanted to play at our own pace, and that isn’t going to be good enough against teams like Preston." 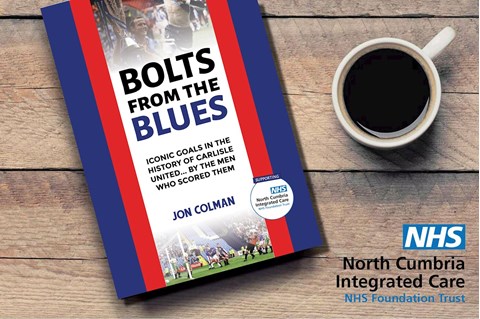 Next up for the young Blues is the visit of Fleetwood on Saturday.

“We play Fleetwood at home next so it’s a hard start for us," he commented. "They were the two big sides last season, along with Salford, so we’ll find out what we’re made of this weekend as well.

"We’ve got five home games in our next six games which means the next real distance we’ve got to travel isn’t until November when we go to Rochdale, and even then, they only play at Stalybridge.

“The reason we’ve got the run of home games is because Accrington’s pitch isn’t ready so we’ve reversed that game, and Morecambe couldn’t play us at home on the date we were supposed to play.

"It gives us a good chance to get some points on the board before the winter sets in. It also means we’re playing on the pitch when it’s easier for it to take, which will hopefully mean we can get through the winter without many postponed games."

On how quickly it appears that the group has come together, he said: “The first years have settled in really well. We were obviously without Lewis Bell on Saturday, for the right reasons, because he travelled with the first team and that’s what it’s all about.

"We had to reshuffle a little bit, but everybody knows the system and the way we play now. I’m really impressed with how quickly the first years have settled down, it’s probably the quickest I’ve seen a group of first years come to terms with things, which is pleasing.

“It’s been an encouraging start, we should have got something out of the game, but we didn’t and it’s all about winning games. I know people say youth football isn’t about winning, but it is for us.

"As a group of players and staff, it’s important to us to win games. There’s a little bit of regret after Saturday because we should have come out of it with something, but I was pleased with a lot of the performances.

“Josh Barnett and Max Kilsby were outstanding at the back. They’re two first years but they put in two great performances. They looked strong and aggressive, they tackled and headed everything.

"I was really pleased with both of them. Josh was marking Preston’s best player out of it by a mile, a tricky left winger who everybody is raving about, but it was an outstanding battle between them.

"He ended up getting the winning goal which put a bit of a dampener on Josh’s performance, because he didn’t deserve it.

"I’m really impressed with how all of the first years have settled, and that bodes well for the season ahead.”