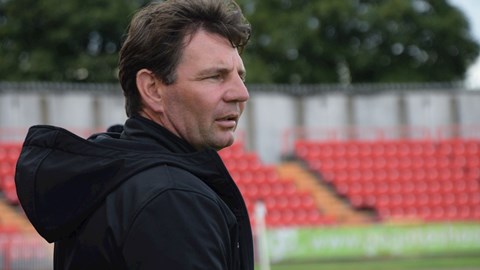 “There’s always an anomaly at Carlisle, we’ll just wait and see what happens as we head towards Saturday,” he said. “There might be one of those for us, possibly, I can’t say any more really. I don’t want to give too much away, either.

“On the other side of things Magnus is due to train today [Thursday], but not in terms of being involved for us yet. He’s still recovering from the position he was in, which he’s done very well and very quick in that.

“There may be a reaction to that due to the injury being around his knee and, of course, a goalkeeper is constantly using it, hitting the ground with it and jumping, so we’ll see how it responds. Hopefully he’ll have had a good day.” 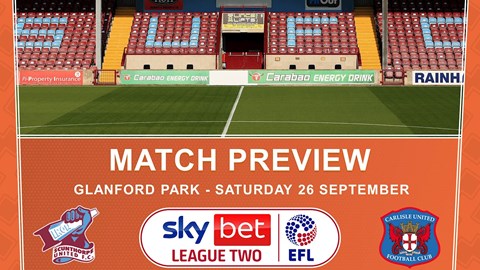 “Josh Dixon is nearer,” he continued. “I feel a bit sorry for him, he’s waited so long to get to this point, passed his test and his thigh is playing up a little bit. He’ll get going soon, I hope.

“Brennan is very fit, he looks after himself very well. He’s very strong and it’s such a shame. He’s very quick, powerful, and he takes us up another level, but he’s not available.

“We have to be patient, as does he, because he’ll want to make a good impression, as he did in the Wigan fixture and in a bit of the Sunderland game. He’s going to have to do everything Ross Goodwin tells him to do, which he does.

“I know he really looks after himself with his diet and away from the club. That can only help speed up recovery. And he’s committed to the area, so he’s not travelling around or messing around, he’s making sure he’s rested correctly.”