Supporters will be able to make a return to EFL fixtures next week, with two matches confirmed as test events in line with the Government's pilot scheme.

The two fixtures will take place at Cambridge United’s Abbey Stadium, starting with the EFL Trophy fixture against Fulham U21s on Tuesday 8 September, ahead of a second game for the club’s opening Sky Bet League Two game of the 2020/21 season against Carlisle United on Saturday 12 September.

Cambridge have been chosen to host the two test events, having previously been part of a joint project by the EFL and the Sports Grounds Safety Authority (SGSA) that looked at the safe application of social distancing at football grounds. That work was overseen by crowd dynamics experts Movement Strategies, who will also assess the pilot at the Abbey Stadium on behalf of the SGSA and DCMS.

Appropriate measures have been applied at the Abbey Stadium, with both terraces and seating arrangements available. As a result of two fixtures taking place at the same venue in a short period of time, it will allow for any learnings to be implemented quickly under the same conditions.

The insight received from this initial phase of matches taking place will test the application of the Government’s Stage 5 Guidance and the SGSA’s Planning for Social Distancing at Sports Grounds guidance, which was developed following the insight provided by the Movement Strategies modelling work.

"It's a good step forward, and we're sure that all will go well with these tests. Hopefully it's the prelude to the next step which will be a return to getting as many fans as possible in our stadiums."

"We have a good relationship behind the scenes with Cambridge," he continued. "I have been talking to Ian [Mather, Cambridge CEO] regularly throughout the lockdown period about a whole range of issues and we are very confident that they will have everything in place for the first game of the season.

"As with any test, we'll all be able to look at the procedures used where best practice can then be implemented and lessons learned."

The confirmed fixtures, dates and crowd capacity are as follows:

These test events are for HOME fans only, no away fans will be permitted into the stadium.

The game will be available to watch on iFollow United with match passes available shortly. 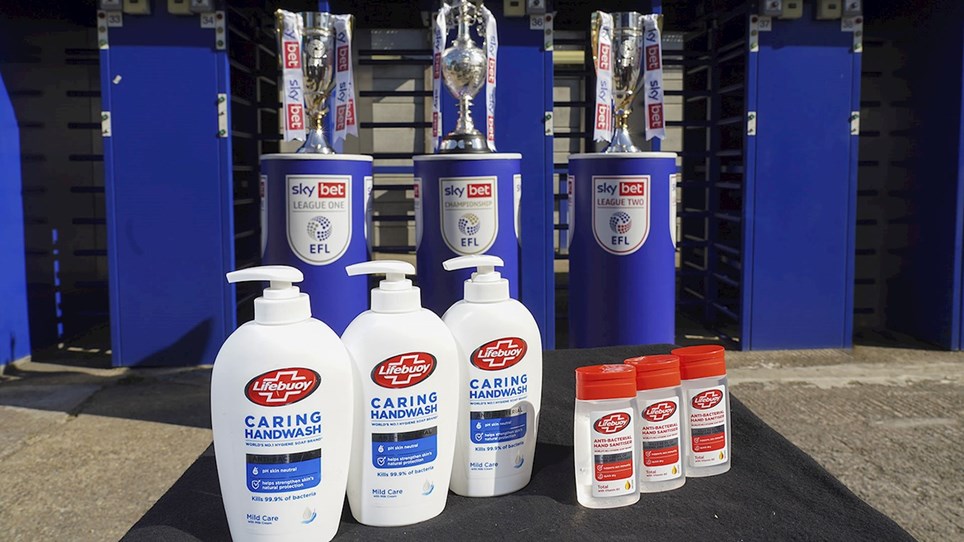 
Lifebuoy becomes Official Hygiene Partner of the EFL, incorporating all 72 clubs from the Sky Bet Championship, League One & League Two.