MATCH PREVIEW: Barrow back after 56 years

“I don’t want to give too much away, but it’s important that whoever is available represents us correctly and that we have great energy,” he said. “Omari [Patrick] has seen a specialist and things are different nowadays with timescales.

“Magnus [Norman] saw a specialist and the first quote we had for him was like six months, but he trained last week and he’s continued to train this week. He’s getting back up to where he needs to be.

“With Josh Dixon, Ross the physio just said he’s fit. The good thing is that he’s trained with us all pre-season but nobody’s been allowed to tackle him. He’s had the odd day off while he’s built his strength up to pass his test.

“He got to the point where he’s able to make contact, but we then found he wasn’t available because his thigh was sore. We’ve got him back up to fitness and he’s trained this week with the youth team just to give him that buffer and train at his pace, rather than being pushed.

“Hopefully next week we’ll see him back with me. He’s tackling with the youth team this week but he’s doing that obviously in a less pressurised environment. It’ll be good to have him back.

“With Brennan Dickenson we’ll have to show more patience. I did it with Omari, that week he could have played at Gatsehead, didn’t play him, let him train all week, it was on the Saturday against Wigan that he felt his hamstring.

“Sometimes you do the right things the right way for the right reasons, and it’s still not quite right.”

And on Jack Armer, who travelled with the squad to Scunthorpe last weekend, he explained: “He’s fit, which is great. Ironically, but this is what happens, he’s actually grown a couple of inches since he’s been at Carlisle.

“We signed a 19-year-old Scottish international from Preston who played 20-odd times for Lancaster, brilliant in pre-season, really good, then got injured early in a practice match with a dead leg.

“Because he had the growth spurt he sometimes looked a little bit like a young deer. But he’s back now, his legs are back looking like they’re his this week, which is good to see. He’s very professionally minded is Jack.

“I think he’ll be a professional footballer for a long time because of the way he approaches his life and profession. It’s just simply in height, he’s grown, and your coordination catches up. You normally see it more in goalkeepers and also number nines.

“I think the big lads tend to get better in their mid-20s, not necessarily right here, right now. He’s quite tall, Jack. It would be nice if his shoulders spread out a little bit more as well.” 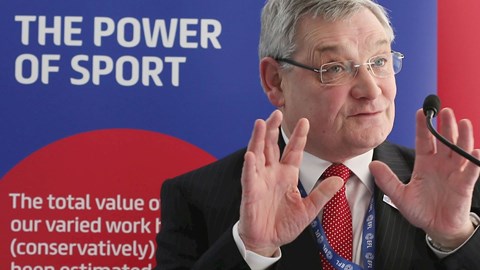 EFL: If we want to stop fear becoming reality

And he admitted that it had been challenging with injuries affecting team selection through the early part of the campaign.

“I think that’s added to it,” he agreed. “We’ve had a few injuries. Both Jack and Magnus are contact injuries. We’ve got a few that are strains just through the rigours of playing professional football.

“We’ve got a month of October of playing eight games in it. I have no doubt that what we’ve done and how we’ve done it will actually help us for that month, even though we’ve taken a few bullets at this moment. I think other clubs will get that.

“But it is difficult, of course it is. I’d love to work with a similar situation to improve with minimal difference in it. But that changes again, then changes again. Sometimes in change, it helps, but I would prefer the other way.” 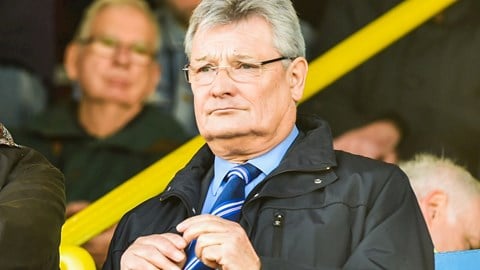 EFL: The cost of testing is another financial burden

With the transfer window shutting on 16 October, he said: “I think it’s a real strange period, because there’s a lot of players still not signed with clubs.

“What is so difficult within that is considering if they’re game ready. We’ve already seen with ours and other clubs’ experiences, you’re picking up injuries that you normally wouldn’t pick up if you had more of what we would all class as normality.

“Pre-season was slightly shorter, it was bubbles, in five, non-contact, can we play friendlies, we can’t play non-league games, we can’t play Workington because someone might have the virus - it’s been all like that. That’s for everybody.

“I would imagine a lot of clubs are picking up these situations. So, to recruit a player that’s game-ready for eight-game October, that’s what you’ve got to be mindful of. It’s alright getting a good player, but are they fit, ready to go, will that take six weeks, will they then pick up those injuries … it’s difficult.

“That’s why we tried to recruit early and have people that wanted to be at Carlisle. What they’ve got to do is make sure they keep pushing strong and hard, have good team energy, and keep the great team spirit that they’ve got.

“You can see it in all the games, there’s not been a lying down of any sort, but what they’ve probably had in a couple of situations is frustration and the need to manage that. It’s vital you don’t give away things, but if you do it’s vital you fight back, and last Saturday they’re was definitely a fightback.”