The Blues head to the Stadium of Light tonight to face League One outfit Sunderland in the second EFL Trophy group fixture. 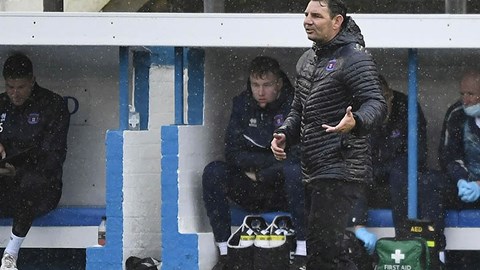 MANAGER: It's a result we worked hard for

Speaking about the game, manager Chris Beech said: “It’s unlikely we’ve got a chance of qualifying in the trophy but that doesn’t mean to say we’ll write the game off.

“It gives me a chance to play players who haven’t got as many minutes and it will be interesting to see how they get on. I’ve got to make sure the squad stays competitive and that we give everybody a chance.

“We’ll treat Sunderland with great respect. We played them in pre-season and that was a tremendous game for us. We were ahead for a long period and that didn’t change until they brought on a whole new team of substitutes.

“Like I say, I think it’s a good night to reward some lads who’ve been training really hard and who have been waiting patiently for their opportunity.

“I’m not writing the game off, I’m really not, every game’s important to this club and to me, but it just gives us a chance to look at the supporting players who haven’t had that chance recently.” 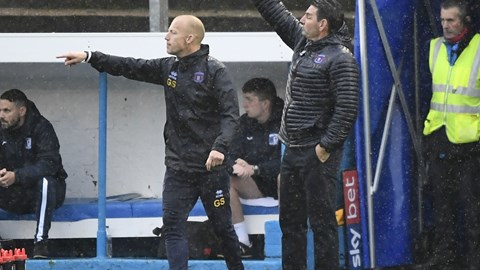 MANAGER: It shows we recruit well

With the transfer window closure now just 10 days away, he said: “It’s nice to keep the door open.

“It’s difficult though – look at the weekend, we could easily have had 10,000 fans there, and you can recruit in the knowledge you have that amount of cash coming in. When you can’t guarantee that you can only look after the club.

“I’ve actually had a lot of calls from good players who aren’t associated with any club at the moment. The problem is they’re a massive gamble because they haven’t played or done pre-season, and you might sign someone who isn’t going to be properly ready until Christmas.

“You’ve got to steer away from that because you need players who are game ready and who can step up and do a job for you.”