With the summer transfer window now shut manager Chris Beech spoke this week about what is an extremely competitive squad, with every player expecting to get a start for almost every game. 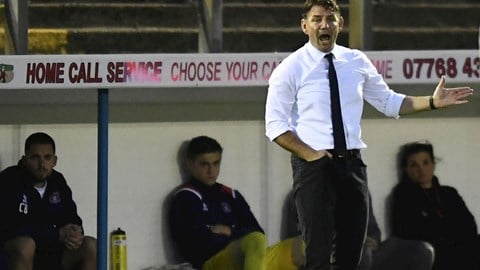 MANAGER: Quite honoured to be going up against him

“I’m happy with the squad, but I have been anyway,” he told us. “There’s no sort of subdivision of who starts and who doesn’t, it’s who’s available and who will make the best imprint on the opponent at that time.

“Currently we’re pretty healthy, the physio room’s getting quieter, but you never know. We have a good group that wants to do well, and that means we have good players to call on if we do get any discrepancies.”

“Obviously there are free agents out there, and there are still some very good players that are available,” he added. “I’d only look at it if I know where they are physically, because they haven’t played since March, and it’s so hard then to affect our current three points when you’re not in rhythm.

“That must be difficult for those players to stay fit and motivated, but a lot of those players took that risk of not accepting contracts at that point – whether they’re right or wrong remains to be seen.”

“Like I said last Saturday, I’m really pleased with what we’ve done,” he confirmed. “We don’t have a massive budget so you have to find a different way. 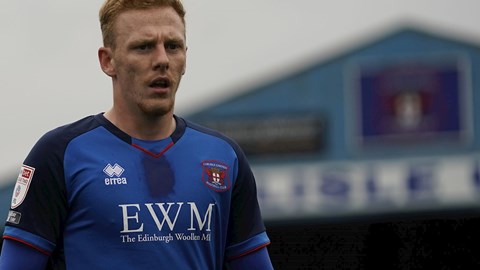 “I’ve always said, I’ve not worked in affluent places – Bury, Rochdale – we’ve had to work in what I class as a no-excuse environment. Whatever the terrain is, we have to make it work.

“We’ve managed to produce youth players who’ve played Premier League football from small starts, and managed to get promoted when I was helping Keith Hill, on one of the smallest budgets in the league.

“We managed to have top 10 finishes in League One, FA Cup runs, sell two or three players per season, and replace them with great players from the youth systems. It can be done, but we’ve got to try and find a different way of doing it.

“I read David Holdsworth’s interview he did the other day for the club, and he touched on finance. I can’t go and sign Doyle, who in theory guarantees you 30 goals. We have to make sure we get to those points in a different way with goals.

“A positive team that’s doing really well in the league, you need to be getting up to sort of 70-75 goals. How are you going to get them? You have to take advantage of your set plays, or try to.

“You can even take it to the levels of Premier League. I remember talking to Sean Dyche about it when he did something for the LMA. To get a striker in the Premier League that scores 20 goals, what would that cost, £100m? So he utilises as much as he possibly can.

“If he gets that amount of goals from set plays, he’s basically signed a £100m striker, but that’s from his two centre halves and a midfielder that can head the ball in the net.”

“I use daft stuff to explain this and I think it sends the players round the twist,” he explained. “My dad’s a joiner but if there’s a thousand joiners who build a wardrobe, one will be the best and one will be the worst.

“I don’t know, it’s just what we do, isn’t it. We’ve got to try to find a way and I’m a person who wants the best wardrobe. I want to be proud of the fact we’ve got the best hinges, best lock, everything, so how we get that … we need to find it a different way.”

With the recent results and performances helping to build a real sense of positivity, he admitted that a real missing ingredient is the lack of fans to witness the football first-hand.

“It’s amazing to hear the good feedback and I appreciate every bit of support we get,” he said. “It’s fantastic. I’m not a social media person, because it does have its ups and downs. One minute you’re the best thing since sliced bread and the next minute you don’t know what you’re doing.

“But it’s such a shame we can’t physically share it because we would really get that feeling of positivity from the fans if we could. I’m sure the players are aware of it because they don’t do anything without picking a mobile phone up.

“It won’t be long before there’s an FA coaching seminar on trying to coach players how to pass a ball with a phone in their hands. It’s just the way it is nowadays. I think the positive feeling is great but I’m a people person so I like to see it, share it, grow it, but unfortunately we can’t do that right now.

“That’s why we have to make sure, we’re seven league games in and we’re not scoring enough, we’ve got to keep a few more clean sheets, we’ve got to keep progressing, but of course to get support off anybody, whether it’s staff, players and definitely the supporters, it’s great to hear.

“We’ve created this energy because the players are playing with it. It’s important the club stays united in trying to approach a difference, because make no bones about it, it isn’t from a situation where you can go and pay for the answer. It’s come from intelligence, strategy, but it won’t mean anything unless we work very hard.”

“I keep saying this, but I think it would be massive if the supporters were here when we beat Barrow, and when they see a winning goal against Colchester,” he told us. “The way that kind of thing makes players feel, you can’t beat it.

“When I played, you’d always look for your dad’s either nod or shake at full time - the lads can’t share that with their own family. We have to create it ourselves, find a different way.

“If I look back, I’m 21 playing for Blackpool or Hartlepool, when you score, I scored some big goals for Huddersfield, straight away when it happens where’s your old man, but they can’t do that. It’s just such a shame.”

And in terms of the potential for young players to go out on-loan, he told us: “We spoke to Jamie Armstrong, amazing these young lads, he wanted to go home and speak to his agent.

“I would encourage him to look at getting game time, because it helps you improve. It’s a dancefloor, you’ve got to get on the dancefloor to improve.

“Jamie was substitute at Sunderland, and we’ll be talking to him to see what his next move is.”